Joey Defrancesco, the munificent Jazz Organist, saxophonist, and trumpeter of America died on...
HomeNewsWho Is Brittney... 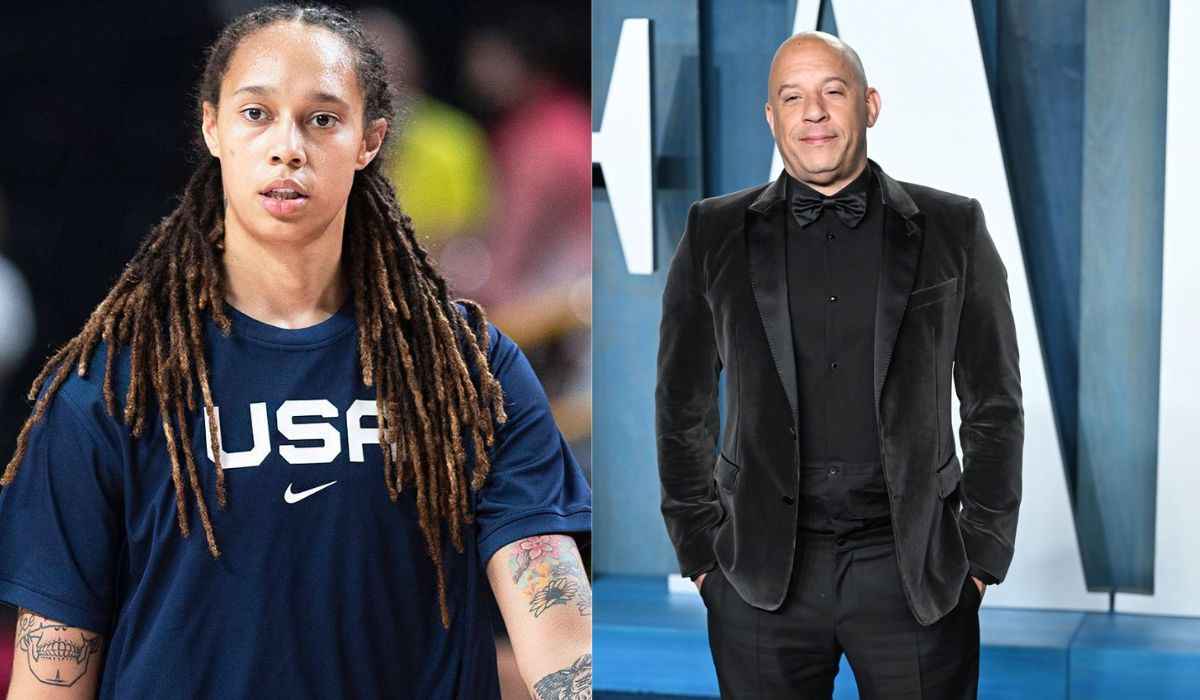 Memes have been circulating regarding Brittney Griner and Vin Diesel, who say the latter rescued the former.

The “Fast & Furious” star apparently said once that he wanted the WNBA player Brittney Griner to be freed from Russian custody by this Christmas and now it seems he is a man of words.

Now if you ask who Brittney Griner is, let us remind you that she is a successful WNBA player who was arrested at the Russian airport after elements of drugs were found in her luggage.

Spending roughly 10 months in Russian custody, the WNBA star is finally returning to her country following the prisoner swap negotiation suggested by the US government. The news comes as a relief to the Americans who have been following the devastating story ever since Griner was handcuffed.

Although it is not an action blockbuster, we still have a number of people guessing it’s the game played by Vin Diesel that their native is coming home.

Last week, Vin Diesel issued a demand through his Instagram handle where he mentioned how he wanted Brittney Griner back by Christmas. In a meme, he is seen doing a thumbs-up at a Lakers game instead of a WNBA game. But the post was immediately removed, probably because he had no right to the image. ‘

Moreover, there have been rumors that Diesel is traveling to Russia by himself to get her out of the dungeon. Although the allegations don’t make any sense, it has been circulating among a wide range of people.

Days after Diesel made his point on Instagram, the public witnessed that whatever he asked was coming true and that was a moment of appreciation. It is still a mystery how and why Russia released its captive. Was it simply the power of his words that pushed the Russian government to take some action after ten months of keeping the WNBA player in custody after drug allegations?

Many have been connecting the incident with the films that Doesle has so far been a part of. They suggest that Diesel might have made a power poach entry to Russia to create havoc there to save Griner, and it seems more like a dramatic scene. But still, these are the talks that can be heard from the streets.

Some have tweeted that they will never doubt Vin Diesel again as he seemed like a hero who said one such impossible thing (to release Griner by Christmas) and let the world watch his words come true.

Additionally, there have been a string of sarcastic memes that featured a man, who is said to be Vladimir Putin, wandering looking at Vin Diesel who came in a Camaro in the sky to take away Britney Griner. Those were funny memes that have taken the hell out of every Twitter user.

Another one tweeted that he can’t wait to tell the brave story of how Vin Diesel personally saved Britney Griner, to his grandchildren, hinting that it would be an interesting story to keep children engaged.  That way, memes have been getting the attention of many.

Another one chimed in and said,

Nobody can assert that these memes are totally wrong because all they could ever do is relate what they saw and heard regardless of what is kept behind the bars. But what is funnier is that many have been referring to Vin Diesel as a magician who tricks everyone and gets things done effortlessly.

Some Twitter users have been showcasing their disbelief as Griner has originally been released days after Vin Diesel ordered that he wanted her back in the country before Christmas.

Some are still confused about how he managed to do what was nearly impossible as the US government was trying its best for 10 months for the same thing, but in a single snap, he did what the government thought was impossible (says the memes).

According to Steven Portnoy, the WNBA star who has been counting days in the Russian prison has moved to US custody after a prisoner-swap deal between the countries. No credits have so far been officially given to Diesel. And as far as Griner is concerned, she is not even aware of this mind-blogging coincidence.

Maybe she can enjoy the memes once she gets back with her family and friends in the US. Apparently, it will be fun to learn that the world had something to talk about her all this time while she was shut behind the Russian doors.