Joey Defrancesco, the munificent Jazz Organist, saxophonist, and trumpeter of America died on...
HomeNewsWho Is J... 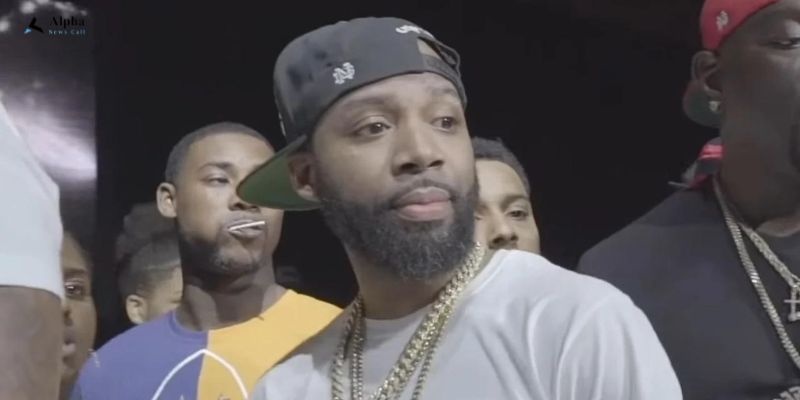 J Prince Jr or Jas Prince is the son of James L Smith and Jas Prince currently serves as the young Empire Music Group’s Chief Executive Officer. Currently, the internet is crammed with death news of the Rapper Takeoff who died in the early hours of November 1 and the investigation has been looking forward to Jas Prince and to others who were present at the party just hours before the death of the rapper.

Who is J Prince Jr?

Jas Prince is also known by the name J Prince Jr is one of the highly promising and popular businessmen and the chief executive officer of a musical label is the son of James Prince. Jas Prince is best known and highly acknowledged for his endeavor in finding Drake on Myspace. As we all know that his father James Prince is one of the highly influential music magnates who established the famous Rap-A-Lot Records in the late 1980s. So having a great musical legacy behind J Prince Jr comes from a renowned wealthy family.

As per sources in 2007 Jas Prince told his father that he is also interested and really wants to work in the music industry. From that point, he started looking for a great thing to happen. So currently, Jas Prince serves as the chief executive officer of the Young Empire Music Group.

Takeoff is an American rapper whose original name is Krishnik Khari Ball professionally known by the name Takeoff who is well acclaimed for being the trio of the hip hop Migos. Born on June 18, 1994, he was one of the strongest pillars of strength of the group Migos alongside his uncle Quavo. The group has scored numerous records on billboards top 100 and they were highly acknowledged for their songs. TakeOff was one among the members who were profusely talented in music. But at a very early age he passed away recently at a party and the cause of death was a gunshot wound.

TakeOff and his uncle Quavo had a strong healthy relationship as uncle and nephew and their recent album Only Built For Infinity Links peaked at number seven on the U-S charts and they were so delighted about it. Moreover, the well-acclaimed duo was planning a Halloween-themed song before he passed away. So this unexpected departure has left the music industry and his family in utmost despair and grief.

It is very clear why TakeOff came to the party because he was invited by J Prince Jr in order to celebrate his birthday. The party was set in the bowling alley in Houston, Texas on November 1, Tuesday. As per reports, the shooting happened around 02.30 pm on a balcony.

Within seconds police arrived at the crime scene and they found the dead body of Takeoff lying on the floor. The gunshot injury was at his neck and the police checked him to know whether he is still breathing but in vain. They confirmed he has already died before their arrival.

So according to the police, around 40-50 guests arrived at the party. So it would be a daunting task to identify who among these guests is the perpetrator. Albeit the security officers at the party heard the gunshot sound, they couldn’t identify the shooter.

The suspect’s details have not been disclosed by the police yet, but until TakeOff’s family came and identified the body they never confirmed it was TakeOff who is dead to the media.

According to the reports, the crime took place outside the Houston bowling alley, and Quavo and others along with TakeOff were discussing something. During the sparred time Quavo left, everything turned upside down. In between the scene, Quavo was shouting with someone and TakeOff was standing a short distance in proximity.

This time there happened a single gunshot and everyone in the party tries to flee from there at that time barrage of rounds are fired. So as per reports, it is assumed that there were more than ten rounds of firing and they speculate that at least two people would have fired from separate guns.

Must Read Who Is Quavo? Uncle Of Fellow Migos Takeoff

Extremely panicked over the sudden gunshots people started hastily in all directions to escape but in vain. So at the time of firing TakeOff was shot in the neck and in spite of the best efforts by Quavo and others to save him but his death was confirmed.

However, the Houston Police department tried to disclose that besides the death of TakeOff, a twenty-four-year-old woman and a twenty-three old man also had been struck, and immediately they had been taken to the hospital for better treatment.

Who Were the Members Present at the Birthday Party

So the footage of the crime scene is spreading on social media and Jas Prince just walked away from the crime scene by neglecting the dead body of TakeOff. For that impropriety, Jas Prince was heavily criticized by the public for his unscrupulous attitude. So other than Jas Prince, Quavo, and TakeOff other names haven’t been listed. It is crystal clear that Jas Prince and his uncle Quavo were at the party. So it is quite natural to have a suspicion about all those who had attended the party. The investigation of this case has begun and we should have to wait until we get a clear picture of the crime.

Victoria’s model Romee Strijd announced on Nov. 16, 2022, that she has welcomed her second child with her fiance Laurens van Leeuwen. Apparently, she has entered the second round of motherhood.  She made their baby’s Instagram debut on her page...