Joey Defrancesco, the munificent Jazz Organist, saxophonist, and trumpeter of America died on...
HomeNewsWho Is Quavo?...

Who Is Quavo? Uncle Of Fellow Migos Takeoff 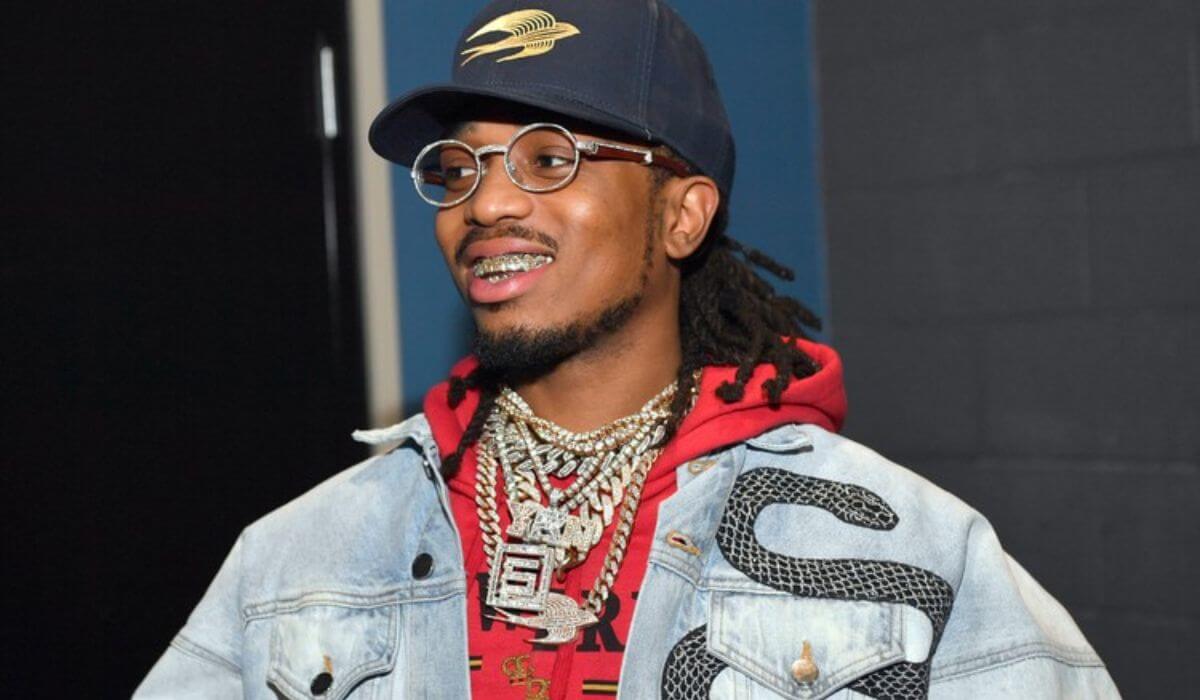 The name Quavo had been making headlines for some unpleasant news which involved the death of American rapper Takeoff. Quvao is the uncle of rapper Takeoff and was reported to be with Takeoff during the tragic incident. Quavious Keyate Marshall, better known by his professional name Quavo is an American rapper, singer, songwriter, and record producer.

Quavo is best known for being a member of a trio named Migos which included Quavo, the demised rapper Takeoff, and Kiari Kendrell Cephus, who is better known by his stage name Offset. The three members of the trio are related to each other. Quavo is the uncle of demised rapper Takeoff and Offset is his cousin. The three of them grew up together and were looked after by Quavo’s mother in their early days.

Quavious Keyate Marshall was born on April 2, 1991, in Athens, Georgia. According to available sources, Quavo lost his father when he was a young boy, 14 years old to be precise. Quavo’s mother Edna worked as a hairdresser, Quavo attended Berkmar High School for his formal education.

Quavo was a talented football player and he was the starting quarterback of his school team during his senior year. Even though he attended High School, Quavo dropped out of school just months before his graduation.

The rapper did not graduate with the rest of his classmates but in  2019, Quavo revealed that he finally graduated high school. He was 29 years old when he made this announcement.

Quavo began his career in the music industry along with his two relatives Takeoff and Offset. The three together formed a group which was named Polo Club in 2008. Later the name was changed to Migos. Migos made their debut in the industry through a mixtape which was named ‘Juug Season’ which came out in the year 2011.

The trio also came up with another mixtape in the following year named ‘No Label’ which was released in 2013. The trio dropped a single named ‘Versace’ in 2013 which helped them to rise in popularity. The song was remixed by Drake, the famous Canadian rapper.

The song ‘Champions’ was the first lead solo single by Quavo. The song featured several other popular names like Kanye West, 2 Chainz, Big Sean, Gucci Mane, Yo Gotti, Desiigner, and Travis Scott. The song came out in 2016. The song got featured on Billboard Hot 100 and peaked at number 71. Migos released their first studio album in 2015.

This increased the popularity of the group and also the artists. Upon the release of their second album, Quavo was given chance to be a part of many songs outside of Migos. Some of the songs in which Quavos was featured include ‘No Brainer,’ ‘Portland’, and ‘I’m the One.’

In 2018, Migos released ‘Culture II’ but did not match the reception received by the first part. In 2019, Quavo got the chance to perform alongside the Queen of Pop Madonna at the Eurovision Song Contest’s grand final.

The American rapper singer and record producer is estimated to have a net worth of $ 26 million as of October 2022. The major source of income for the rapper is through the group formed by his nephew Takeoff and his cousin Offset. The group has released three studio albums namely ‘Yung Rich Nation’ in 2015, ‘Culture’ in 2017, and ‘Culture II’ in 2018. Another main source that contributed to their massive income other than the albums is the tour where the group performed 93 shows within one year time period. Quavo was also featured in many hit songs by other artists outside of Migos.

Quavo is also the co-owner of the team FCF Glacier Boyz who plays in the Fan Controlled Football League.

Quavo got involved in some legal charges which accused him of possessing substances like marijuana, unspecified Schedule II narcotics, and possession of firearms in a school safety zone after the members of Migos were arrested by the police from a problem that arose while performing for a concert at the Georgia Southern University.

As for the relationships in his life, Quavo was reported to be dating actress Karrueche Tran in 2017. She is popular for her role as Vivian Johnson in the web series ‘The Bay’. After breaking up with the actress, Quavo dated rapper Saweetiein in September 2018. In 2021, Saweetie confirmed the couple’s break up via social media.

After their breakup in March, a video surfaced which showed a physical altercation between the couple which allegedly took place in 2020.

Finally, on November 1, 2022, Quavo was with rapper Takeoff when he was shot dead in an incident that occurred in Houston, Texas. Even though Quavo was with the rapper, he was reported to be safe and not injured or harmed.