Joey Defrancesco, the munificent Jazz Organist, saxophonist, and trumpeter of America died on...
HomeNewsTake Off Death:... 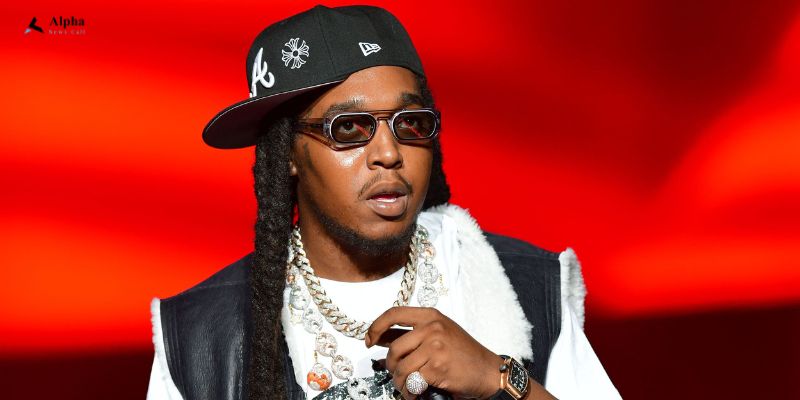 The American rapper Takeoff died in a tragic incident in Texas. The reports state that the rapper was involved in an altercation which resulted in him being shot reportedly in his neck or head. The rapper was reported dead at the place of the incident itself. The events that led to the tragic death of the rapper from the trio called Migos took place in a bowling alley named 810 Billiards & Bowling Houston.

As per the information available now, the incident took place around 2:30 am local time in Houston. The rapper who was shot dead was playing a game of dice with Quavo when the reported chaos broke out. Quavo is the uncle of Takeoff and one of the members of the trio named Migos. There are reports of two more people being shot at the crime scene but the police are reluctant in publishing the details of other people who are involved in the incident.

Footage that depicts the incidents that took place at the scene has been circulating on different online platforms. In the video, the rapper is spotted lying motionless in what appears to be a pool of blood. Quavo, who was with Takeoff can also be spotted in the video. He is wearing an orange T-shirt. In the video, Quavo is seen calling out for help after the rapper was shot down. It can be seen in the video that at first, people who were present at the scene tried to move Takeoff but then they put him back down.

Much information about the incident is not yet revealed by the Houston police. A Twitter post from the Houston Police said that “Downtown officers are on a shooting at 1200 Polk. One victim was found deceased upon arrival. #hounews CC9,” and another post also reported “UPDATE: 2 other victims taken in private vehicles to hospitals. Media partners: we are not releasing the identity of the deceased victim until his family is notified & ID is verified by the Harris County Institute of Forensic Science. Any updates on the incident will be posted here.”

Just hours before the tragic incident was reported, Takeoff posted some new pictures on his Instagram story. In the pictures posted, the rapper was seen standing and taking a smoke. The photo was posted along with the song ‘Stop Breathing’ by Playboi Carti. Quavo also posted an update on his Instagram account which showed  Quavo driving around Houston with Jas Prince as he was celebrating his birthday. It was reported that the American music executive and promoter was not with Quavo and Takeoff during the time of the shooting. There have been no reports of an arrest regarding the incident as of now. After news about the death of the rapper became viral, many celebrities have come up with condolences for him on social media platforms.

Originally named Kirshnik Khari Ball, Takeoff was born on June 18, 1994. He was only 28 years old during the unfortunate incident. He was born in Lawrenceville in the county of Georgia. He was raised by his mother. Takeoff was brought into the field of rap by his family only. It was with Quavo and Offset that Takeoff started rapping. At the time when they formed the trio group, it was named Polo Club but it was later changed to Migos. On August 25, 2022, the trio released their first full-length project. It was a mixtape which was titled Juug Season. They also made another mixtape which was titled No Label which was released on June 1, 2012.

The actual popularity came to Migos only after their 2013 single ‘Versace’. The song was remixed by the Canadian rapper Drake which brought more popularity both, to the dong and the artists. The song was listed on Billboard’s Hot 100 chart. The song ranked 99 on the list. Later in 2016, the trio made it to number on Billboard with their hit ‘Bad and Boujee.’

Must Read Michael Myers’s Origins Explained: Who is The Halloween Movies Killer?

Who Is Dylan Mulvaney? The Transgender Activist Whom Caitlyn Jenner Called ‘Absurdity’

Just like the success that came to them, Takeoff was also associated with some controversies in his career. A major incident happened in 2015, at Georgia Southern University. The band had to face some problems regarding the time of their performance. Even though the time scheduled for their performance at Georgia Southern University’s 2015 Spring concert was 45 minutes, the team left after playing for around 30 minutes.

Takeoff was also associated with a problem that occurred on Delta Air Lines prior to a flight’s takeoff. The problem occurred as the singer allegedly refused to move his luggage from the floor to an overhead storage bin.