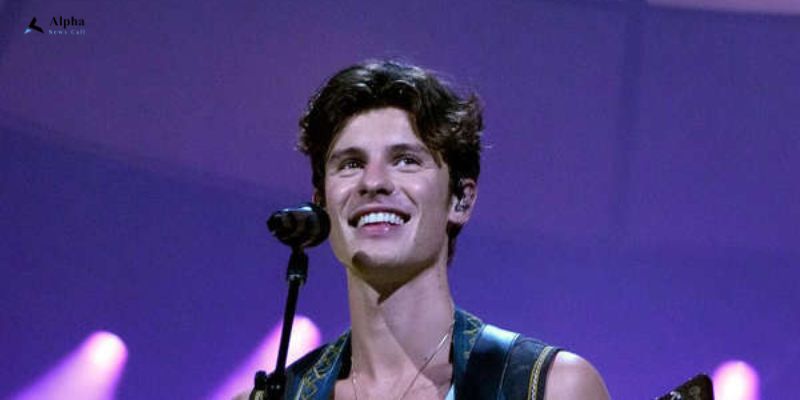 Shawn Mendes had now solidified his status as an astoundingly handsome hunk while out on a hike in Los Angeles on Wednesday. He ostentatiously goes shirtless by depicting his chiseled chest and muscular arms during his outside workout. He complemented his look with black basketball shorts, lace-up sneakers, and black Nike socks. Being one of the stupendous Canadian Singers he has made his career steep within a blink of an eye. Now his recent Instagram photo has absolutely solidified his status as one of the hot young singers in the industry. Let us dwell more into it.

This news has been circulating all over the internet and his riveting photo showing his physique is indeed sweltering for everyone. Shawn Mendes is an utterly amazing Canadian hitmaker singer and he was being photographed strolling through the grass after braving the gravel terrain solo.

Shawn Mendes has been focusing vehemently on his mental and physical health. After getting his 2022 Wonder: The World Tour abruptly canceled he was totally in an uncanny plight and so then he decided to make more of his time giving predominant importance to his mental and physical health. The world tour was meant to be held in July and it was a part of the support of his fourth studio album which was released in 2020. So as per reports, Shawn Mendes was supposed to be the cynosure of a total of eighty-seven concerts across Europe and North America which would start in June 2022 and ends in 2023 summer.

So having high hopes and meeting its bad side was something Shawn Mendes never anticipated of. So the abrupt cancellation of his world tour really had a toll on him. So in order to evade the mental agonies he has decided to shift his focus more to health plans. So with that volition, he started doing exercise and decided not to vitiate his mental and physical health.

The recent photo of Shawn Mendes showing off his body immersed in sweat is something way too hot to handle. His photograph has been something way too riveting with his sweaty look and he is laughing off a literal hiking trip.

This Friday he uploaded a photograph on his Instagram account where it can be visible that he is vehemently taking part in a hike at Runyan Canyon in Los Angeles. The more interesting part of the photograph that he uploaded was that he was shirtless complementing his black shorts and thereby flaunting his arms and chest.

The latest Instagram antics of Shawn Mendes are something different from its earlier posts and the twenty-three-year-old star teased new music in a totally nuanced way in his post in the earlier week, and his fans were passionately assuming that there is a new song in the way. But when we dwell more into Shawn Mendes’ social media a twelve-second clip has been shared and in that uploaded video, we can see Shawn Mendes sitting in a car listening and interestingly nodding to a fresh upbeat song while he is on a facetime call. So after this post, the fans flocked to the comment section and posted their excitement and joy for his new adventure.

Before his other shot, Shawn Mendes shared the teaser of his next musical project not so long after he shared the music video titled It’ll Be Okay. and this album was released after his sudden split from Cabello.

Who is Shawn Mendes?

Shawn Peter Raul Mendes is one of the astounding and intriguing Canadian singers and songwriters who were born on August 8, 1998, on the outskirts of Pickering, Ontario, Canada. He rose to recognition in the following year 2013 by posting song covers on Vine, the video-sharing application.

After sharing several videos in this application, he garnered the attention of artist manager Andrew Gertler and Island Records A&R Ziggy Chareton. And this encounter gave him a deal with the record label.

Shawn Mendes’s self-titled album was released in the following year 2014 and titled an EP soon after this he came with his debut studio album titled Handwritten in 2015. This debut studio album surprisingly peaked atop the US Billboard 200. So this surprising warm welcome of his song made him one of the five artists ever to debut at number one before they turned eighteen.

After that, his other shot titled Stitches peaked at number one in the UK and the top 10 in the US and Canada. Shawn Mendes has been very open about his mental malady and he disclosed it publicly. He was suffering from anxiety and he said that he is under treatment for his anxiety disorder and is really striving to get through that.

The second studio album of Shawn Mendes titled Illuminate after the release debuted at number one in the US and by that time he has made his career steep with ardent love and recognition from people across the globe. Following the second studio album, he released his singles titled Treat You Better and There’s Nothing Holdin’ Me Back and these two singles reached the top ten in numerous countries. The riveting fact is Shawn Mendes learned how to play guitar by watching youtube videos at the age of fourteen. From a very small age itself, he was so into music and he always dreamt about conquering several heights in the musical industry.

Having a power-packed career Shawn Mendes received a plethora of accolades including, thirteen SOCAN awards, ten MTV Europe Music Awards, eight Juno Awards, eight iHeartRadio MMVAs, and two American music awards. He has been nominated three times for the Grammy award and one nomination for the Brit award. On the annual list published by Time in 2018, Shawn Mendes was regarded as one of the hundred most influential people in the world.