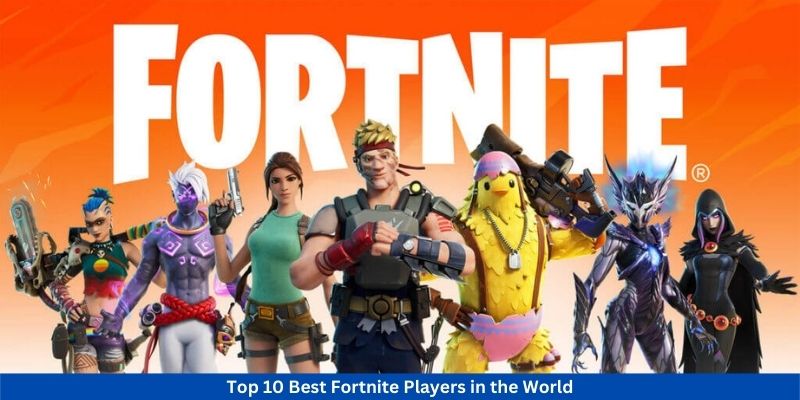 The online video game Fortnite has received a lot of success since the time it was released in the year 2017. The game has three distinct modes that have kept the gamers and audience hooked. Since the game is so famous, the players who are good at it have made a career out of it by streaming their gameplay, playing, and hosting events. Further in this article, we will learn more about the 10 best Fortnite players in the world.

Who Are The Top 10 Best Fortnite Players in the World

Kyle Giersdorf is better known as Bugha, which is his gamer ID in the Fortnite world. Bugha dominated the Fortnite World Cup in 2019 and emerged as one of the greatest players of all time. He is one of the best Fortnite players in the world. The player has earned a whopping amount of 3 million dollars because of his amazing skills in the game and that has made him the highest-earning Fortnite player in the history of the game. Bugha has set extremely high standards in the gaming world and has achieved a lot of success throughout. He has had a total of 4 tournament victories which is not a very high winning record but the player has still managed to become the highest paid Fortnite player.

Williams Aubin is known as Zayt in the gaming world and has taken the second spot in the list of the Best Fortnite players. Zayt has had a total of 10 major tournament victories and has made his mark with his exceptional set of skills in the gaming world. Zayt is known to have paired with another amazing player that will be added further in the list and he goes by the name of Saf. Zayt organises gaming events and practice sessions for players around the world and has earned a lot of appreciation and success from this field. The player has managed to earn more than a million dollars from streaming and competing.

David Wang is better known as Aqua and is considered to be the most consistent player in all of Europe region which is considered to be a tough region according to the gaming world. Aqua has managed to rise despite the fact that his competitors are extremely skilled and good at what they do. Aqua paired up with Nyrox for the Duo World Cup and the pair managed to win the tournament by giving a great performance. He emerged as the second highest paid player after he emerged as the winner of the Duo World Cup. He is one of the best Fortnite players in the world. Aqua has won a total of 8 tournaments and continues to grow more in the gaming world.

Benjy Fish chose a gaming ID Benjyfishy which is similar to his name. He is British and is considered to be a European Pro, which is a difficult region as mentioned before in the article. Benjy paired up with another talented player called Mr. Savage and the pair earned a lot of love and respect because of their gameplay. The player is very passionate towards Fortnite and enjoys what he does. His passion and skills helped him become credible enough to be able to support his family at a young age. Benjyfishy has a heart-warming personality and is often appreciated because of his warm demeanour. He is also one of the best Fortnite players in the world. The player has won a total of 8 major tournaments and his total earning is around 494,600 dollars.

Fifth in the list is Turney Tenney who is better known as Tfue. Although he is currently not as successful as he once was in the gaming field, Tfue is someone who will be remembered for his skills in the history of Fortnite. He has won a total of 6 major tournaments and has also won a lot of solo and duo competitions in the game. He has a huge fan following on social media platforms and the audience loves the content he provides. He is one of the best Fortnite players in the world. His earnings through the game have summed up to around 588,800 dollars but the player continues to earn more from his social media presence and large number of followers.

Shane Cotton is at the 6th place in the best Fortnite players list and he is known by the gaming name EpikWhale. EpikWhale has managed to win a total of 9 major tournaments and has earned a lot of success from the Fortnite World Cup. He managed to finish the World Cup securing the 3rd position by playing solo. The player has an upper hand at playing in a weak region that is the North America West region but since he is the absolute best in that area, he is well known and appreciated for the same. The player has managed to earn more than 1.5 million dollars from his Fortnite tournaments and has paired up with other players like Edgey, Cented and Rehx for various games.

7th in the list is Rocco Morales, better known as Saf who has managed to earn this spot in the best Fortnite players of all-time list because of his wonderful skills in the game. The player has won a total of 10 major tournaments which is a pretty impressive number. Saf has been mentioned before in this list since he is famously known for his duo with the player Zayt. The duo has managed to be in the top position since a while and their game play is loved by the gamers and audience. Individually Saf is appreciated for his amazing mechanical skills in the game. The player has managed to earn over a million dollars through Fortnite in a short span of time.

Must Read Who Are The Top 10 Most Handsome Men In The World 2022? Updated List

Kyle Jackson is known as Mongraal in the world of Fortnite and has won a total of 7 major tournaments of the game. Mongraal is very famous in the European region of the game and has emerged as a professional player because of his competitive skills. He has gained a lot of popularity due to his streaming content on the platform Twitch which he used to showcase his skills over time in the game. He started playing the game at a very young age and managed to rise to fame because of his dedication and love towards the game. kyle jackson is also one of the best Fortnite players in the world. The player has earned around 603,500 dollars through the game and continues to earn more through his streaming and impressive social media presence.

Martin Andersen is known as Mr.Savage and has managed to secure the 9th position in this prestigious list of Best Fortnite players in the world. The player has won a total of 3 major Fortnite tournaments. He is a top competitor in the European region. Mr. Savage has successfully paired with Benjyfishy and the duo has received a lot of love. His partnership with the talented player earned him a lot of followers as well. His earnings through the game is around 218,900 dollars and he continues to earn more through his growing social media presence and streaming content.

The last in the list of top ten best Fortnite players is Tim Miller who is better known as Bizzle. He is the winner of 3 major tournaments of Fortnite and has managed to earn around 623,200 dollars through the famous game. He has been consistent and has shown great competitive skills in the game. He managed to secure this spot because he has endurance and shows a lot of promise in his game play.

The Best Fortnite players mentioned above made the list because they stood out of the crowd. Fortnite has remained a popular game that attracts new players every day and the audience really enjoys its streaming. The players showed immense talent and skills and were able to make a name for themselves through the game. A lot of rising talents are at work and might steal the spots of these players in the future but as of now the list remains intact.