Ironheart Release Date Has Been Confirmed? Where To Watch? 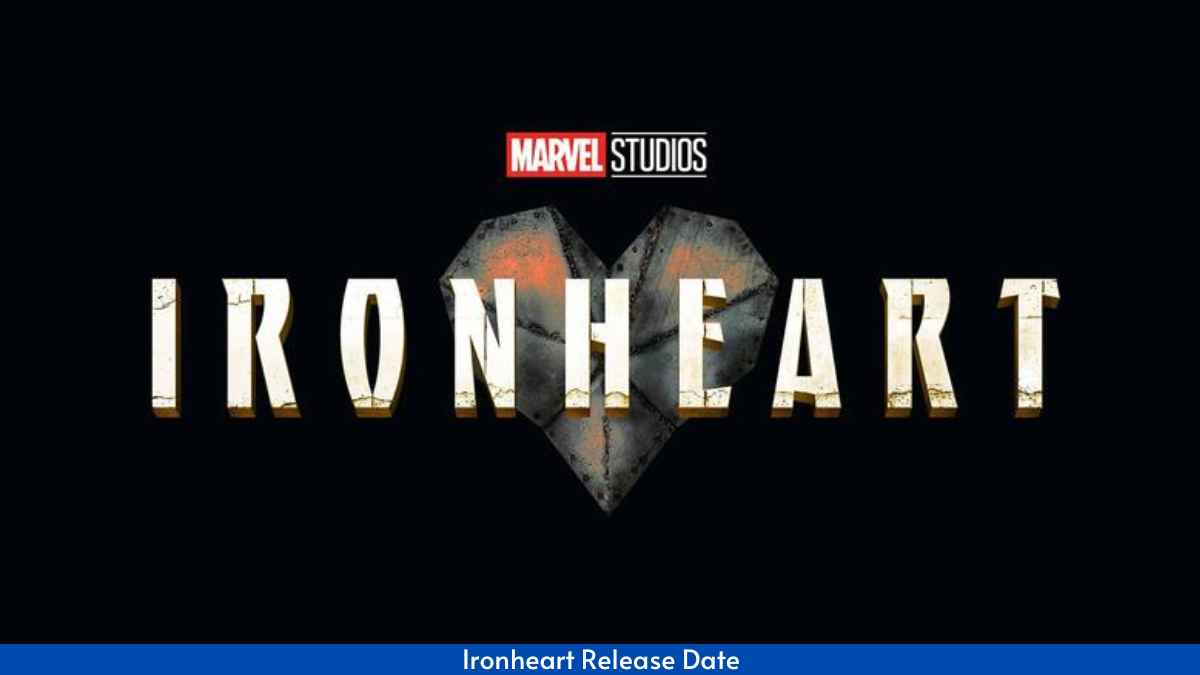 Marvel has kept us on our toes for some time now and continues to do so consistently, providing us with amazing content.

Disney Plus has supported Marvel by releasing its creations on the platform and one such series titled Ironheart was announced a while back.

Is Ironheart Coming To The Marvel Cinematic Universe?

Ironheart plot is based on the Marvel comics character with the same name. Riri Williams, better known as Ironheart is an intelligent girl who doesn’t possess superpowers but has the skill set to be able to develop an armor that provides her with strength and power.

Further in this article, we will get to know more about Ironheart release date, its cast, characters, trailers, storyline and more.

Everything You Need To Know About Marvel’s Ironheart!

Ironheart is a superhero character who appears in the marvel comics. She is an engineering student who is just 15 years old and is destined for greatness. This fictional character has inspired the upcoming series titled Ironheart. She is a prodigal genius who attends a very reputed University at a very young age.

She designs a suit that is inspired by the suit of the famous MCU character Iron Man. Chinaka Hodge is the creative mind behind the upcoming Ironheart series. The production companies of the series include Marvel Studios, Proximity Media, and 20th Television.

Ironheart release date hasn’t been officially announced but it is most likely going to be premiering towards the end of the year 2023 on the famous streaming platform Disney Plus.

The upcoming action series Marvel’s Ironheart is going to be the 11th addition to the list of television series by MCU and will be streaming on Disney Plus like other significant Marvel shows. The series revolves around the protagonist Riri Williams who isn’t a superhuman but makes a superhero suit for herself just like the Iron Man suit. She displays her genius through her marvelous creation and intends to contribute to saving the world, like a true superhero.

She also draws the attention of the very famous Iron Man by doing so. The logline of the series attracts the viewers by telling them that Riri Williams manages to create the most advanced suit after Iron Man. This gives us an insight into the character and storyline of the series. Marvel’s Ironheart was announced way back in December 2020 but the filming started much later in Atlanta. Marvel’s Ironheart official release date hasn’t been confirmed but it will most likely release towards the end of the year 2023.

Top 10 Anime Of The Week- What Anime Are Trending Right Now?

Not much about Ironheart plot has been revealed but since it is going to be based on the Marvel Comics character, we can expect the plot to revolve around Riri Williams, who is a young genius that designs a solid suit with great abilities just like the suit of armor donned by Iron Man. She is inspired by Tony Stark’s genius creation and has even managed to create something great by reverse-engineering one of his suits in the comics.

Being a prodigy, she was given the chance to attend the renowned MIT university where she pursued her engineering at a very young age. She is forced to quit this school after she is accused of stealing and also draws the attention of her inspiration Tony Stark after she manages to capture two prisoners who were attempting to run away. After this encounter, she receives his blessing to be a superhero. The series will also most likely showcase events from the comics.

Where To Watch Marvel’s Ironheart?

The official release date will also most likely be released soon but as of now, we are only aware of the possibility. The Marvel’s Ironheart series is going to be part of the MCU phase five and we are here for it. among the directors of the series are Angela Barnes and Sam Bailey and the filming began earlier this year in Atlanta, Georgia.

Marvel’s Ironheart cast is going to include the following actors as per reports:

As of now, this is all that is known about the cast of the series.

The MCU has a very large fanbase that keeps on increasing with time. Since the fans found out about the creation of Ironheart series, a lot of views are being expressed on social media. They are anticipating the release of the official trailer and are hoping that the series doesn’t disappoint and doesn’t have a mainstream plot.

The avid comic book readers are very excited to watch this famous prodigal character live in action. All in all, the audience hopes that this addition to the phase five of MCU is a good one.

What To Expect From Marvel’s Ironheart?

Since Ironheart is a Marvel creation, it is only fair that we expect great things from the series. Marvel has set pretty high standards with the content that it has provided us. Marvel explains the choice of name for Riri William’s superhero character reasoning that the young genius started building a figurative armor around her soon after her best friend and stepdad died.

She also then literally starts creating an armor suit after being inspired by Iron Man. The storyline is captivating and we can expect to be entertained by this series. If the series is anything like the comic book character of the same name, the audience will definitely have a good time.

Ironheart episode list is not officially released yet but we do know that the action series is going to consist of a total of six episodes that will be released towards the end of 2023 on the famous streaming platform Disney Plus. The director of the first three episodes is going to be Sam Bailey and the remaining three episodes are going to be directed by Angela Barnes

Ironheart series is going to be a thrilling six-part action series that will be streaming on Disney Plus towards the end of the year 2023. Ironheart trailer has not been officially released but an introductory video of the character Riri Williams is given below along with a teaser trailer which is not the official trailer.

Is The Dreamlife Of Georgie Stone Release Date Confirmed On Netflix? Latest Updates!!