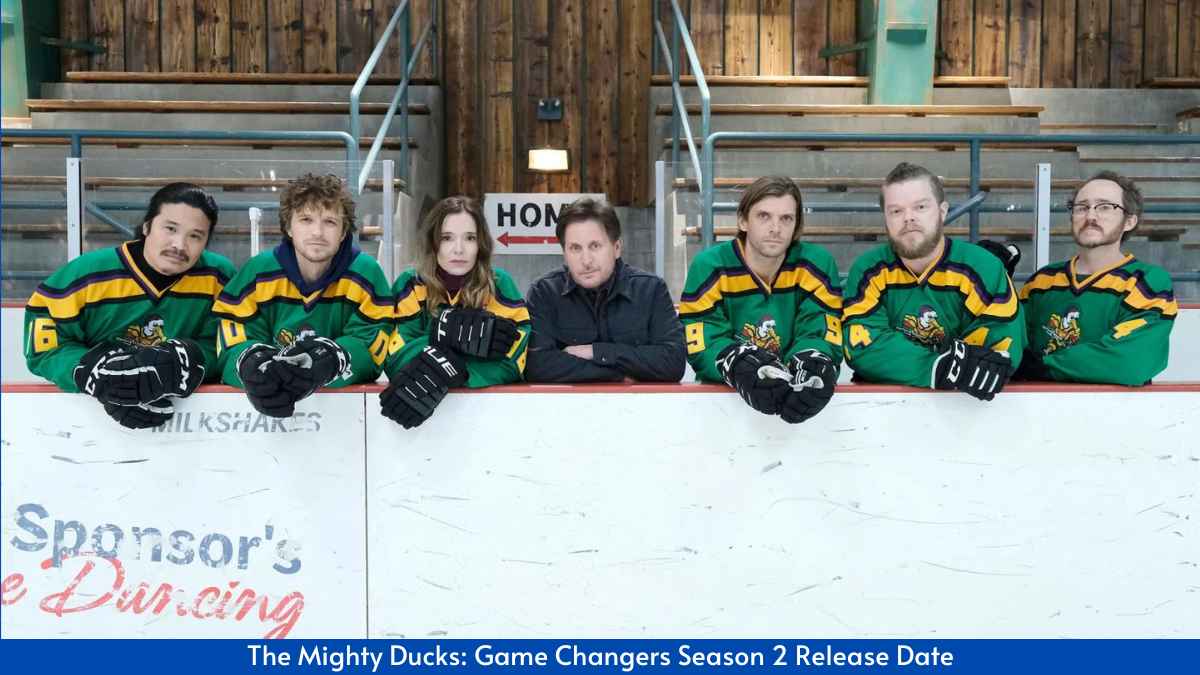 Here is the good news for the Mighty Ducks fans, well, the quack attack is returning back! On September 28, Season 2 of the popular Disney+ spinoff The Mighty Ducks: Game Changers Season 2 would premiere. The streaming giant recently revealed the launch date for Lauren Graham’s motivational athletic drama’s second season.

Why Did Joshua Jackson Not Return To The Mighty Ducks?

The Mighty Ducks: Game Changers series is a reinvented version of the hockey club that viewers recognize and adore and is centred on the nineties.

The series, which debuted in March 2021 and starred Emilio Estevez as Coach Bombay, featured a fresh set of outcast players who decided to make their own team because they failed to make the ultra-competitive youth hockey club, the Mighty and famous Ducks.

Josh Goldsmith, Steve Brill, and Cathy Yuspa are the first movie’s original writers and also the executive producer of all three movies of The Mighty Ducks: Game Changers.

The author of Talking as Fast as I can tells the audience about her role in this sports drama which wasn’t just a clone of Parenthood’s independent Sarah Braverman or Gilmore Girls’ inimitable Lorelai Gilmore but a lot more.

The Mighty Ducks: Game Changers Season 2 will debut this coming fall on Disney+. On Wednesday, September 28, 2022, Lauren Graham and the “team with love” will come back to the streaming site. The day of the release was recently revealed at the TCA Summer Season Press Tour during the Disney+ briefing.

The squad of the drama is all set to play again after a fantastic first season that debuted last year, now with the second season centering on the squad as they travel and actually participate in a hockey academy supervised by a former NHL player.

Top 10 Anime Of The Week- What Anime Are Trending Right Now?

The original synopsis of the Disney+ sports drama, The Mighty Ducks: Game Changers is about the hockey players. In the series, the youth hockey team, the Mighty Ducks, has become a force to be reckoned with in the sport.

Evan Morrow, the 12-year-old boy, who was rejected to be a part of the Mighty Ducks team, organizes a personal young team of outcasts with the guidance of former Ducks mentor Gordon Bombay, who has now become the dejected proprietor of a low-level ice rink, just at the request of his mother after already being cut from the Mighty Duck and informed he is wasting his energy as well as time in the hockey world.

In the whole of season 1, it was shown how the outcast team make their place in the world of hockey with their hard work and bravery and how the players enter the team of Mighty Ducks.

Where To Watch The Mighty Ducks: Game Changers Season 2?

As the trilogy movie, The Mighty Ducks is remade as an original series of Disney+, it can be only streamed on that platform and nowhere else.

Lauren Graham plays Alex Morrow, who was Evan’s mother as well as the Don’t Bothers’ trainer which was formed when the Mighty Ducks abandoned Evan.  Although Alex had no prior coaching experience, she has already helped the team build confidence by prioritizing enjoyment. Due to her excessive winning obsession, Alex was temporarily fired as a trainer, although she eventually returned during the time for the Championships.

Also, Brady Noon plays Evan Morrow, Alex’s son, who is urged to stop playing hockey by the Ducks since he is too weak and that it is a waste of time. Apart from these two characters, the show also features Maxwell Simkins, Luke Islam, Swayam Bhatia, Taegen Burns, and De’Jon Watts.

As the mentor Gordon Bombay, Emilio Estevez who played in The Way and the first Mighty Ducks movies will not be coming for the second season, it was reported in January that Josh Duhamel who previously acted in Transformers and When in Rome, will be playing a new role in his place. Colin Cole, the endearing but determined former NHL player now a coach who oversees the demanding hockey school, is played by Duhamel. The young Ducks are reportedly taken under Cole’s wing in the eagerly awaited second season and it is shown there that Cole has played hockey his entire life.

The Mighty Ducks: Game Changers is the oldest movie franchise since the 1990s and it has not only a young audience but also older ones because let’s face it, who doesn’t like a sports movie with lots of comedy? And after the announcement of the new season of Mighty Duck, the fans could not able to hold their excitement and are eagerly waiting for the release.

“I  had to tweet something because #TheMightyDucks Season 2 Teaser got released, OMG!”

“ September has already become an important time for viewers as a lotss of series are coming this month but Don’t overlook, as it also brings one of my loveliest shows #TheMightyDucksGameChangers.”

What To Expect From The Mighty Ducks: Game Changers Season 2?

The beloved series, Mighty Ducks: Game Changers a follow-up to the legendary Mighty Ducks films from the nineties, is set in modern-day Minnesota and centres on the Mighty Ducks, an extremely competitive young hockey team. After reclaiming the Mighty Ducks squad title in Season 1, the squad with heart and its instructor Alex Morrow (Graham) travel to California to visit a rigorous summer hockey academy taught by Colin Cole (Josh Duhamel), a handsome but tenacious former NHL player. It was a location where youngsters can flourish at hockey without even being distracted by the school. Can you survive summer? is the dilemma that our Ducks must deal with as they attempt to endure in this highly competitive setting.

The Mighty Ducks: Game Changers Season 2 trailer starts with the motivational speech of Colin Cole who was organizing the summer camp for hockey students. During the speech, Mighty Ducks enter and their first impression on the team is not so well.

After that, the The Mighty Ducks: Game Changers Season 2 trailer shows lots of bickering, hard work, and obviously the hockey game. It is definitely expected to be a fun season like always as Mighty Ducks never let the viewers down.