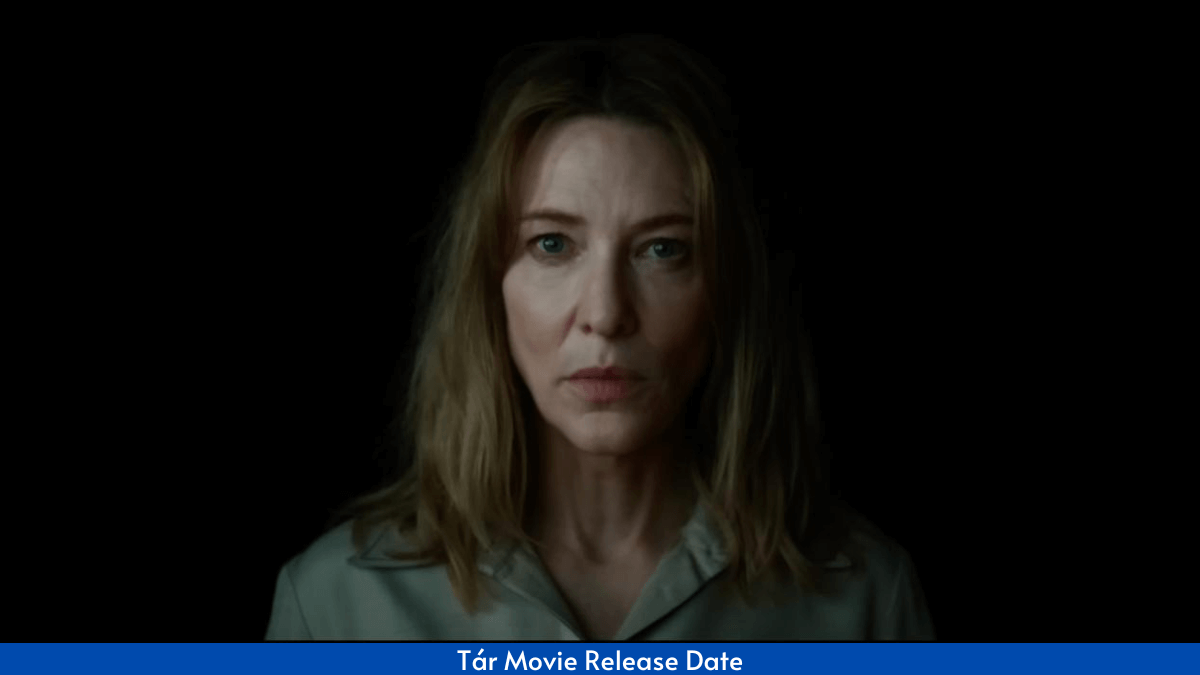 The upcoming movie Tár is a psychological drama movie which is directed and written by Todd Field. Cate Blanchett is going to be starring in this movie.

Before, this movie hit the cinemas; it is going to be premiered at the Official Venice Film Festival and New York Film Festival before hitting theatres.

Tár Movie Release Date Has Been Revealed! What To Expect?

It is almost after 16 years since Todd is making a comeback. There are no OTT platforms for this movie have been given as it is a theatre movie.

The movie is directed and written by Todd Field. Tár movie is produced by Focus Features, EMJAG Productions, and Standard Film Company Inc. The storyline of the movie revolves around Lydia Tár, who in the movie is a highly renowned fictional composer across the world and that is due to the reason that she is the first-ever female to become the chief conductor of a major German Orchestra.

The Tár movie has a runtime of 158 minutes which only means that the fans are in it for an exciting ride if it is as good as the trailer. The Tár movie release date is set on October 7, 2022, so just a few months away.

As Tár movie revolves around Cate Blanchett as an extraordinary conductor, it is for sure that is going to take deep dive into her creative way and her mind. And the synopsis by Focus Features reads:

“The film, set in the international world of classical music, centers on Lydia Tár, widely considered one of the greatest living composer/conductors and first-ever female chief conductor of a major German orchestra.”

Tár is a fictional movie and not a biopic.

Where To Watch Tár Movie?

Tár movie is a theatrical release so as of now there are OTT platforms. Maybe after a few months of its release, the OTT platforms are known.

Cate Blanchett is playing the role of Lydia Tár in the movie. Cate is an Australian producer and actor. She is one of the best actresses. Cate has taken up so many versatile roles across blockbusters, stage, and independent films.

Slyvia Flote is playing the role of Krista.  Flote is known for her role in the music video Discover a New Way to Explore which was released in 2016 and now she is to be seen in the Tár movie.

Nina Hoss is also in the Tár movie but her role is yet to be known. Hoss is a film and stage actress. She was seven years old when she first acted in a radio play and was fourteen years old when she first appeared on the stage. Hoss got her first breakout for her role as Rosemarie Nitribitt of Bernd Eichinger in a drama called A Girl Called Rosemary.

Sophie Kauer is also in the movie but her role is yet to be known. Kauer is a British- German actress and cellist. The Tár movie is going to be the debut film of Kauer. She was discovered for Tár during a casting call. And among hundreds of cellists, she was selected.  She is studying at the Norwegian Academy of Music in Oslo to learn classical cello performance.

Julian Glover is also in the movie but his role is yet to be known. Glover is an English classical actor. And since the start of his career in 1950, he has played various movies, stage, and television roles.  Glover had played so many times for the Royal Shakespeare Company.

He is famous for his role in movies such as For Your Eyes as Artistotle Kristatos, Indiana Jones and Last Crusade as Walter Donovan, The Fourth Protocol as Brian Harcourt-Smith and The Empire Strikes as General Maximillian Veers.  He has also acted as a voice actor in the movie Harry Potter and Chamber of Secrets where he voiced the giant Acromantula.

Allan Cordunder is also in the Tár movie but his role is yet to be known. Corduner is a British actor. He has worked as a stage, television, and film actor. Not only that, he is also famous for his voice as he has worked in many BBC radio plays, TV documenTáries, and audiobooks.

Yentl was the debut movie for Corduner. Out of all the films that he has done, he is most famous for his role as Sir Arthur Sullivan in Topsy-Turvy by Mike Leigh.  He mostly has done his acting in theatre. Several of his BBC radio play includes Fanny and Alexander, Insignificance, and The Rise of Arturo Ui.

Mark Strong is also in the movie but his role is yet to be known.  Mark is an English actor. He is famous for his role in the movies such as Archibald in RocknRolla, Merlin in Kingsman: The Secret Service, Lord Henry Blackwood in Sherlock Holmes, and John in Cruella. Not just in movies but he has also worked in shows.

On July 25 Tár’s Twitter handle tweeted the release date of the movie with its trailer video.

The Tár movie involves various types of scenes. Some scenes of the movie will be hard to understand but with time they will start to make sense to their audience. Once the movie premieres as of now only the outline story of the movie is known.

As Tár is a drama movie, it does not contains any episode guide.

It can be seen from the Tár trailer that this movie won’t follow any conventional storyline. The trailer points towards biopic elements but since Tár is entirely a fictional character, it swiftly moves on more subversive paths and hard-to-explain scenes.

A wide range of scenes can be seen in this movie from black and white scenes to science fiction-like scenarios.

The very first trailer of the Tár movie was published on July 25, 2022, and trailer 2 was very recent just 20 hours ago.