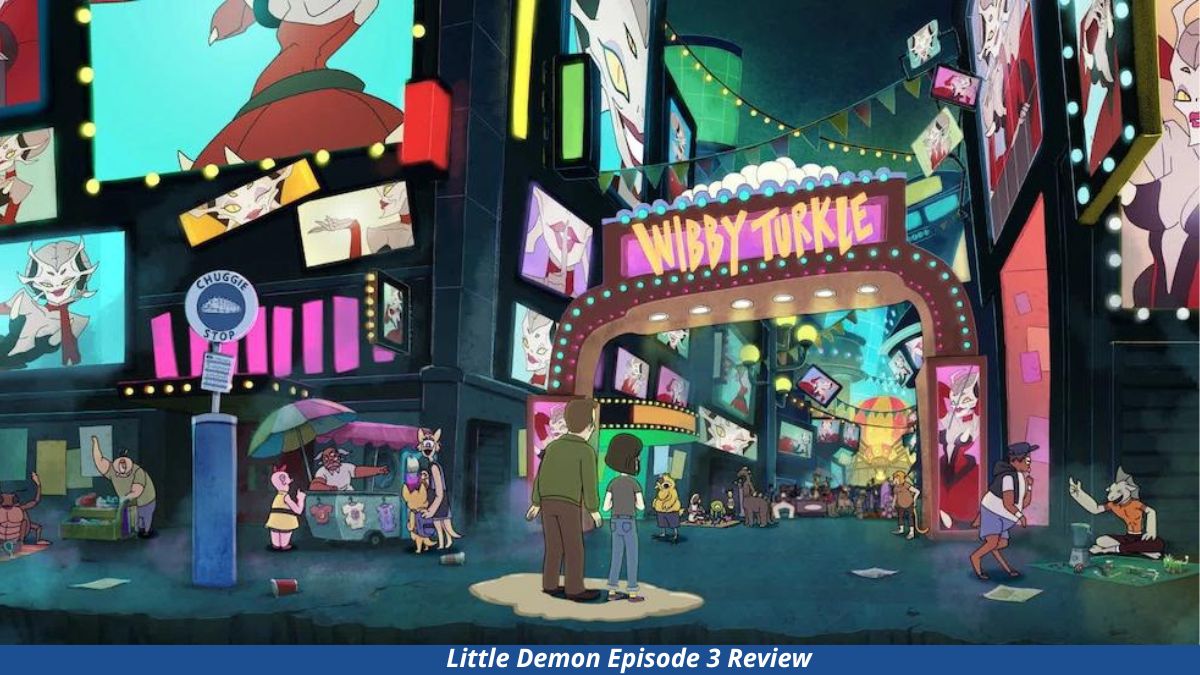 Hey everyone !!! Have you not heard of the new series that premiered on Disney + Hotstar on August 25, 2022?

If the answer is ‘NO’ then don’t waste your time and watch ‘Little Demon’ on Disney + Hotstar.  Little Demon, an adult animated American drama depicts the story of a mother and a daughter who is struggling in their lives to lead an ordinary life. This series comes under the genre of comedy horror with the director Jeanette Moreno King and producer Steven Levy.

Little Demon was released on August 25, 2022, on Disney + Hoststar. OTT releases are quite the trend when the pandemic got serious. The series after its release got swooped into the audiences. A totally different animated series with a horror plot is quite the riveting part of it. With 6 astounding episodes, the series is bewitching its audiences.

These are the characters in the series, especially with their riveting voices makes the series all the more stupendous.

The story starts at Middleton High School where Chrissy is being haunted by demons. The high school is in jeopardy and Laura is perplexed by her current situation. Her mother tries to help her get out of the predicament.

The series is astounding with its making and visual effect. There is always a trite and frivolous storyline where children turn into demon spawn when puberty hits.  When Chrissy got hit by the periods for the first time, she had to encounter tremendous changes and thereby she learns that she is not an average teenager anymore. Being bullied unapologetically by her fellow schoolmates, she transforms herself into a demonic figure.

The viewers will first think that Chrissy has been possessed by some demonic superpower but as the story unfolds, there awaits lots of twists and turns.

Her mother Laura knew about what was happening with her child. Chrissy was the byproduct of the Prince of Darkness. Laura was impregnated by this Satan and he has been reigning control over them ever since. By attaining puberty Chrissy alerted the demonic powers and now her father, who is Satan arrives to claim his fatherly rights.

Although the story is an animated visual experience, the plot demonstrates the story of the struggle of a teen girl who is surprisingly born to a human mother and a demonic father.

Children often inherit their parents’ traits. This is quite a common belief around the world. This series accentuates this fact by portraying Chrissy with her demonic superpowers. Albeit her mother is a human she has inherited all of her father’s cruelty without her mother’s defenses.

Now the internet is crammed with series, movies and OTT platforms are way too forward in depicting the movies and series to the world. There are series lovers across the globe with disparate tastes and perceptions. This series could not be a cup of tea for everyone who is watching the series. The ones who love animated series will definitely find this one worth watching.

Three episodes have premiered and the reviews are floating through the internet. The series depicts modern demonology with a surrealistic approach. Chrissy the leading figure realizes that she became the pawn of Satan and he is the one who impregnated her mother. When we hear the word Satan most literature aspirants will remember John Milton’s Paradise Lost where Satan is thrown away from hell. Satan was named Lucifer and he was a former angel in God’s realm.

The family is constantly struggling in order to protect Chrissy from her monstrous dad. Dormant in the state, her father was alerted that his daughter has attained puberty, and now it was time for him to claim her back.

The storyline and how it is portrayed are way too good. Though this series seems to be a rivalry between the angel/devil aspect,  Chrissy inherited both of her parents’ traits and she oscillates between good and evil. The series revolves around apocalyptic ideas, where Satan wants his daughter to reclaim his power and Laura needs her daughter back

Animated series and movies are always simple to their audiences. Though this series brings a catastrophic plot, it is also at the same time smeared in humor. Some may have a different opinion about the series because it falls short of their expectations. But ardent animated lovers can find this pleasing and funny too.

OTT releases are not a new trend after the pandemic and now with this trend almost all of the series, and movies are now streaming on OTT platforms. Disney + Hotstar and ESPN+ are the platforms where you could engage yourselves with intricate horror events. Darcy Fowler, Seth Kirschner, and Kieran Valla are the master brain behind this horror animated adventure.