Joey Defrancesco, the munificent Jazz Organist, saxophonist, and trumpeter of America died on...
HomeWebseriesAndor is All...

Andor is All Ready For Its Premiere On August 31 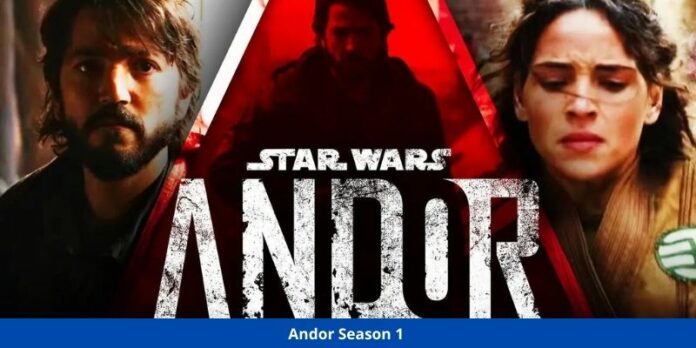 As the title of the series suggests, Andor is going to revolve around its famous character Cassian Andor. Cassian Andor’s character is portrayed by Diego Luna and he is going to be revived again for his role in the series. His character has previously managed to grab the attention of the audience because of his bold, rebellious personality and charming yet firm dark demeanor. He is a member of the Rebel Alliance who is filled with zeal and enthusiasm.

Star Wars has had a separate fan base for a while now and the audience has never gotten enough of the same. This prequel to the famous movie Rogue One: A Star Wars Story already managed to get a lot of attention after Disney Plus announced that it was going to host its premiere.

A series around him would give us more insight into what his character truly is and how capable he is. Andor release date was announced earlier and it is all set to be released in September 2022 on the 21st.

On the premiere date, which is the 21st of September, 3 episodes are going to be released together after which new episodes will release every week. This will mostly go on until the month of November 2022. By then all 12 episodes will be released and if what the sources are saying is true, a new season will also start its filming by the end of the first season. The rest of the episodes after the premiere will most likely be released on the Wednesday of every week so the audience will have something to look forward to for a while.

The cast of the famous Star Wars movie, Rogue One: A Star Wars Story included:

The Andor cast will include Diego Luna as the main lead Cassian Andor along with Genevieve O’Reilly, Stellan Skarsgard, Adria Arjona, Denise Gough, Kyle Soller, and Fiona Shaw. Unfortunately, the character K-2SO won’t be returning in the first season but it is possible that he does make an appearance in the second season.

The Talk on Social Media About Andor Season 1

The series Andor is trending on social media platforms like Twitter and Instagram. Fans have made pages dedicated to the series and update the audience with the latest news related to the show. The series has an official page on Instagram with the handle “andorofficial”. The page has the posters and teaser of the film and has gained a lot of attention from the audience.

Fans express their deep love for Star Wars and how anything related to it gets them on their toes. They also expressed that the Andor trailer was beautifully compiled and that they want fantasy and a break from their real lives through this series. The audience is excited to see Cassion Andor in all his glory and experience his early life. We will get to see the glorious Andor and how he stands out from the rest of the members of “The Rebel Alliance” who have never turned their backs on any situation no matter how difficult it seems and has worked to restore and maintain democracy in the Galaxy.

What to Expect From Andor Season 1?

Being the prequel to an absolutely amazing movie such as Rogue One comes with baggage along with perks. The audience has high expectations from the same since they are used to a certain level of quality content. It is only fair that the fans expect great things from Andor season 1. As the name suggests, this series will revolve around Rebellion Cassian Andor’s journey and his different life phases.

The fans of Star Wars have a special liking for the space fantasy content that is provided to them and this upcoming series will surely provide us with great graphics and sound effects, thus, will maintain the trilling, dramatic aura that the previous movies/series have given the audience. We can also expect to have a closer look into “The Rebel Alliance” agenda through this series. The production company Lucasfilm Ltd. has already informed us that there will be another season of the show which too will have 8 episodes and will most likely see the return of the characters that the audience is willing to see.

The Star Wars: Andor official trailer was released recently and we are here for it. The trailer has an authentic and mysterious feel to it which fills the viewers with zeal. The sound effects are also very grabbing and at the beginning itself, we hear a powerful monologue. Not much of the details of the storyline were given out but we see the protagonist Andor and his colleagues and we are given the hint that a sufficient amount of wars will be provided to the audience in the name of revolution. A good idea about the characters in the series is also given away by the official trailer.