Joey Defrancesco, the munificent Jazz Organist, saxophonist, and trumpeter of America died on...
HomeMoviesAvengers: The Kang...

Avengers: The Kang Dynasty Expected Release Date! Here Are All The Updates 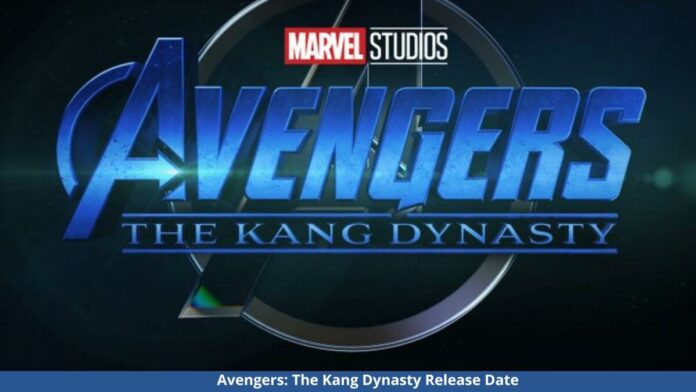 Time and again Marvel Cinematic Universe (MCU) has made sure to keep us on edge and always wanting more. It has provided us with movies adapted from the Marvel Comics written by Stan Lee and Jack Kirby. MCU has a loyal fanbase which keeps on increasing. The Avenger series has never failed to satisfy Marvel fans. Avengers: End Game had the fans biting their fingernails and filling them with excitement as half of the universe had been wiped off in Avengers: Infinity War and then restored in “End Game”.

It’s a good time to be a Marvel Fan as a new movie with the title Avengers: The Kang Dynasty has officially been announced. The MCU fans and potential fans are looking forward to the same and though much is not known about the same, one can be sure that a lot of hype is going to be built around this movie. What we know is that when the Avengers are involved, there is a lot to look forward to. Avengers: The Kang Dynasty will follow the other “Marvelous” movies like Avengers: Age of Ultron, Infinity War, End Game, Ant-man, and the Wasp, and Loki. The Avengers Kang Dynasty release date is also out and will be mentioned further in this article.

The San Diego Comic-Con has been consistently serving great news for a long time now. It was a good time for Marvel Fans to attend the same as the San Diego Comic-Con(SDCC) gave the fans something great to look forward to. The MCU universe has given us some major heartbreaks from time to time by snatching away our favorite characters. Some we lost to death and some have retired. At the SDCC event, it was announced that Avengers: The Kang Dynasty is going to be released. The movie will be released in the year 2025. It is expected to be released in theatres and the fans gushed with enthusiasm over this great news.

In order to speak about Avengers: The Kang Dynasty movie, we must first know a little about the comics. Much is not known about the Avengers: The Kang Dynasty movie plot is not confirmed yet but we think it is obvious that it will derive some if not all of its content from the comic series called Kang War. Kang war is expected to be divided into 16 parts and its character Kang, the conqueror is a warlord who has come from the 30th Century and is said to be one of the most dangerous villains of all time. Kang the conqueror managed to take over the world in a more traditional way and gained a spot as one of the most menacing villains in marvel history. Despite the villain being portrayed as all hunky-dory in all of his glory, the Avengers still manage to defeat him. With such an enticing comic counterpart story we can only hope that the Avengers: The Kang Dynasty filming is expected to lead to a movie that does justice to its name.

The Avengers Kang Dynasty cast is anticipated to include old and some new characters and we are here for it. We witnessed Kang the conqueror in the season 1 series finale of Loki and it was a delight for the Marvel audience. Avengers Kang Dynasty ought to include Kang the conqueror. Hence obviously Jonathan Majors will be seen portraying the greatest villains of all time. The fans are most likely to be compensated for the loss of a great villain like Thanos.  The MCU universe having a loyal fanbase has a lot to do with the actors that are assigned to play its characters. The upcoming Avengers Kang Dynasty cast is anticipated to include its previous heroes including Doctor Stephen Strange played by Benedict Cumberbatch, Ant-man played by Paul Rudd, and Captain Marvel played by Brie Larson and the new entries to the MCU are also most likely to be included. It has also come to light that the movie is expected to be directed by the same person who directed Marvel’s Shang-Chi, Destin Daniel Cretton.

Over the years, we have witnessed that MCU has managed to consistently please its audience and has managed to grow its fanbase significantly as well. One thing MCU knows how to do is get the social media all riled up in a good way of course. A very important thing in this process includes engaging with the audience. As mentioned earlier, Avengers Kang Dynasty was introduced as one of MCU’s upcoming projects at the San Diego Comic-Con.

This announcement had given the fans something major to look forward to. Fans have expressed excitement as well as questionable reactions towards Destin Cretton being the director of Avengers Kang Dynasty. Hardcore fans are also having a hard time trusting Cretton due to his remarks in the past and are wondering how good a job he will do this time. Shang-Chi got mixed reactions from the fanbase and that is why the director is being doubted by the audience. the avid readers of Marvel comics are excited to see how the film will depict and live up to its comic counterpart. Fans are also excited to see a new major villain Kang the conqueror after losing one of the better villains, Thanos.

What To Expect From Avengers: The Kang Dynasty?

The Marvel audience has always had high expectations from MCU and that’s obviously because the bar has been set high by its previous creations. Avengers Kang Dynasty with its announcement has already had fans wondering about its cast when it starts filming, its main characters, and the plot. Avengers Kang war is the comic counterpart of the movie Avengers Kang Dynasty and in that, we witness Kang the conqueror, who is an evil warlord who is from the future. This major villain created by marvel appeared towards the end of the series Loki and the fans expect him to return for this movie.

The audience expects this movie to live up to the standards created by the previous Avenger series and hopes to be introduced to impactful characters both old and new. As the movie is most likely to have parts depicted from its comic version, fans expect to see characters like Marcus who is the son of Kang the conqueror. The movie is going to be directed by Destin Cretton and that has also created a buzz and the fans are hoping that he does a good job. Whatever may be the outcome, let’s hope that the fans will not be disappointed and Avengers Kang Dynasty will be added to Marvel’s top movies.

Since Avengers Kang Dynasty is a movie, it obviously doesn’t have episodes and hence there is no guide available for the same. Of course, that does not rule out the possibility of it having sequels in the future and one such movie is expected to be titled Avengers: Secret wars. As of now, this is all the information that has been provided to the audience. Nonetheless, we are sure that Marvel will manage to live up to the hype that its new movies are creating and will not disappoint the audience. until then it would be a good idea to catch up with the previous Marvel movies so that one is up to date when the new films come into existence.

Is Avengers: The Kang Dynasty Trailer out?

The official trailer of the Avengers Kang Dynasty has not been released yet and since the movie is being released in the year 2025 we can expect the trailer to be out in the year 2024.

Netflix recently left the world talking about the blood-thirst psycho killer, Jeffrey Dahmer, through one of its true crime dramas, titled, "Dahmer Monster: The Jeffrey Dahmer Story." With every single episode, we are discovering more about the ruthless killing...
Net Worth

Mackenzie Scott, the ex-wife of Amazon founder Jeff Bezos has made headlines, donating a significant sum instead of piling up her fortune. Focusing on philanthropy, she has set her principles that are much to be appreciated. Mackenzie Scott’s unparalleled...
Series

Overlord is a Japanese anime television series based on Kugane Maruyama's eponymous light book series, which he illustrated. Madhouse produced the series, which was directed by Naoyuki It, with a script written by Yukie Sugawara and music by Shoji...