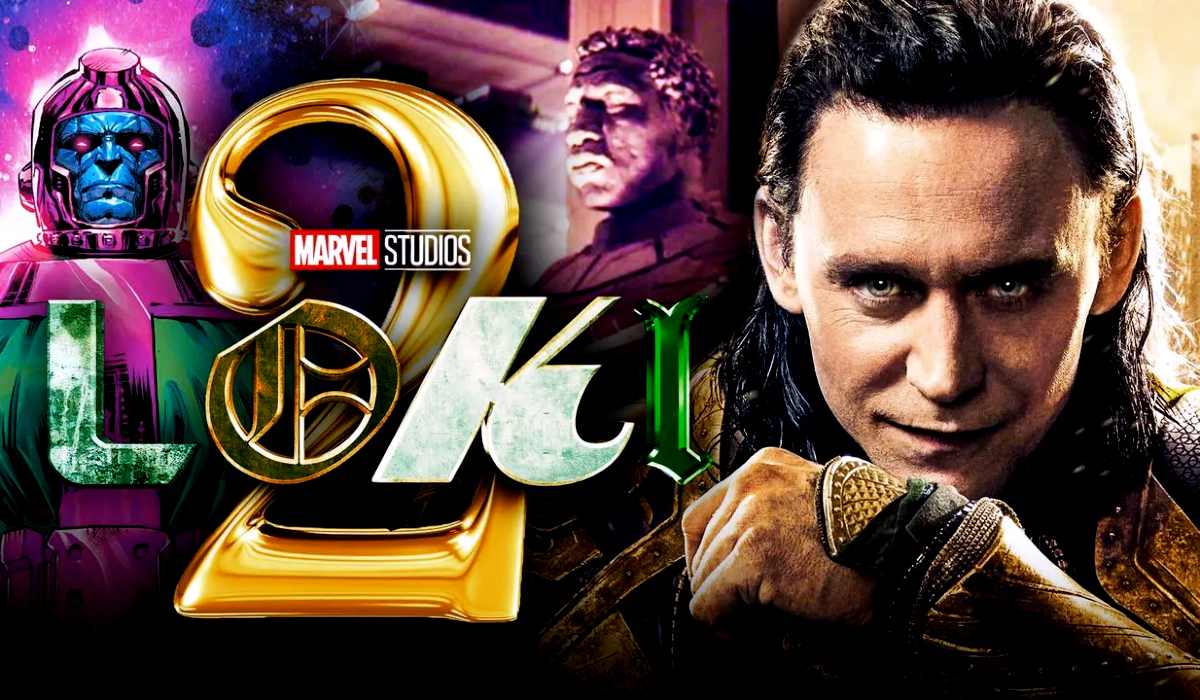 Loki, prince of Asgard, Odinson, the rightful heir of Jotunheim, and God of Mischief- that’s how he introduced himself to all the marvel fans by appearing in Thor (2011) for the first time ever. The first season aired in June, Loki season 2 was officially announced on July 14, 2021, and is scheduled to release on Disney + in 2023.

When Is Loki Season 2 Coming Out?

MCU shows Wandavision and ‘the Falcon and the Winter Soldier took place after the blip and the other universe-shattering events never really moved the MCU to a new path instead focused on introspective storylines. But that’s where Loki differs since it has its own share of soul searching and character development but it also takes us to new places to meet new people which makes up for an enjoyable watch.

Loki Season 1 was the first real introduction to the Multiverse. It follows an alternate version of the Demigod. Loki (Tom Hiddleston) steals the Tesseract in Avengers Endgame (2019) and this allowed him to create a new reality.

The show introduces viewers and Loki to the Time Variance Authority (TVA). These mysterious folks protect what they call “the proper flow of time”. Then the TVA Mobius M Mobius arrives and seeks Loki’s help in catching a dangerous variant of himself- another Loki that has been terrorizing the TVA, surprisingly a female Loki.

Loki being the perfect man for the job forms an uneasy alliance with agent Mobius (Owen Wilson) in order to track down the killer variant. Later in the series, our ‘old’ Loki tries to form a new allegiance with this new variant, named Sylvie, to help him take down the timekeepers but his efforts fail.

Loki season 1 aired in June, Loki season 2, was officially announced on July 14, 2021, and is expected to be released on Disney + in the summer of 2023. As Kevin Feige (president of Marvel Studios) told Collider, “It is underway. We are hoping that much of the same team returns. Kate Herron (director) has moved onto bigger and better things”.

The show’s new directors- Aaron Moorhead and Justin Benson teased that fans can expect new and unexpected twists and turns as they “get to kind of do whatever (they) want.” The decision to make the second season was finalized during production which led to some tweaks in the finale episode.

Considering this, fans shouldn’t be surprised if Jack Veal reprises the role of Kid Loki at some point too, whether it’s in the second season of Loki or some kind of Young Avengers project.

For the cast, Tom Hiddleston is obviously expected to be on board, and Gugu Mbatha-Raw is also expected to return as Ravonna Renslayer as another TVA member, though when asked about the upcoming season she had no idea of what lay ahead of her character. These cast members are also expected to be in Loki season 2- Wunmi Mosaku as Hunter B-15 who is a former high-ranking soldier in the TVA, Tara Strong is expected to return as the voice of Miss Minutes, Owen Wilson as Mobius M Mobius who specialized in the investigation and analysis of particularly dangerous time criminals, Sophia Di Martino as Sylvie. Although Di Martino’s return hasn’t been 100% confirmed.

Another Loki variant, played by Richard E Grant made a huge impact on fans with a brief but already iconic take on Classic Loki, complete with his Golden Age comic book outfit. Although he sacrificed himself to help Sylvie and Loki escape The Void, Grant told Entertainment Tonight that his character could still return one day.

The filming is on the way for season 2 of Loki and eagle-eyed fans have spotted the cast on set in London recently.

Since spotting the cast in London fans took it to social media to share what they have seen, including Loki himself, Tom Hiddleston. One of those tweets tells us about Owen Wilson and Tom Hiddleston looking very dapper in suits in front of a double-decker bus. Another one tells us about Hiddleston looking like he’s constantly holding his wrist, with what looks like a prosthetic hand covering his real hand. Another tweet shared images of the location and a look at one particular actor who appears to be playing a member of royalty, perhaps the Queen of England. Also judging from the cars and you know the season being filmed in London itself, the scenes appear to be set in England in the 70s.

Development on a second season started in November 2020 and was confirmed in July 2021, with writer Eric Martin and directors Justin Benson and Aaron Moorhead all hired by late February 2022. They started filming in June 2022 at Pinewood Studios.

Season 2 Loki is expected to be released on Disney+ and its predecessor and will consist of six episodes.

Are Loki Season 2 Trailers out yet?

The trailer for Loki season 2 has not yet been released.

Kari Lake is an American politician who was the Republican candidate for the governor of Arizona in the 2022 election. Before her political career, Kari Lake used to work at the Phoenix television station KSAZ-TV. Kari Lake worked at...
News

Keith Farmer is one of the freaky and resounding Irish motorcycle racers who was the four-time national champion. Undoubtedly Keith Farmer was highly regarded for his astounding skills in motorcycling and he was acclaimed as one of Northern Ireland’s most...