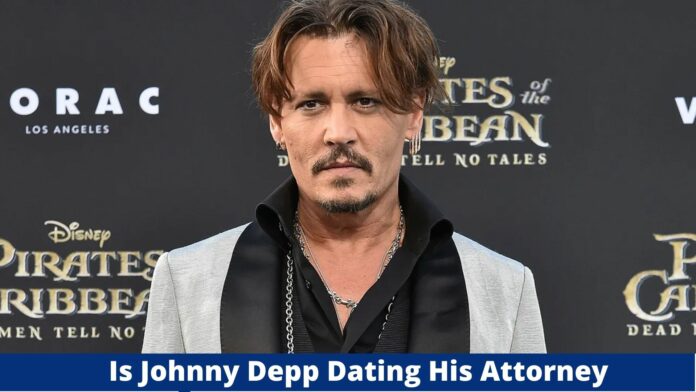 In May 2022, Johnny Depp’s relationship with Amber Heard resulted in a vicious court fight and a $50 million defamation trial.

However, the “Aquaman” actress is not Johnny Depp’s first Hollywood girlfriend, since he has dated some of the industry’s top celebrities since the 1980s.

Examine the actor’s past relationships with ex-wives, fiancees, and girlfriends.

Johnny Depp dated celebrities such as Kate Moss, Winona Ryder, and ex-wife Amber Heard in the past.

Johnny Depp and Amber Heard met for the first time in 2009, at the release of The Rum Diary. In 2012, following the end of his 14-year relationship with Vanessa Paradis, the two began dating.

Never Back Down is the film for which Amber Heard is best known for her supporting performance.

In 2015, they wed in a private ceremony in Los Angeles. Heard filed for divorce and obtained a temporary restraining order against Depp after one year of marriage.

She accused him of physical abuse throughout their relationship, typically when he was under the influence of drugs. Johnny Depp was cleared of all charges.

Later, Depp and Heard issued a joint statement in which they said, “Our relationship was extremely passionate, often tumultuous, but always linked by love. “Neither side has brought false claims for monetary benefit.” In 2017, their divorce was completed.

Is Johnny Depp dating his Attorney?

An intriguing reaction. After interacting with the paparazzi, Camille Vasquez, the attorney for Johnny Depp, reignites relationship rumors. Fans have hypothesized that the Pirates of the Caribbean actor and his attorney in his defamation lawsuit against his ex-wife Amber Heard are dating as a result of multiple dubious interactions over the course of his trial.

On May 17, 2022, when asked by a TMZ photographer if she was dating Johnny, Camille merely smiled. As she exited the Virginia courthouse, the attorney kept her lips shut and giggled. The initial dating rumors between the two began to emerge on TikTok when viewers began to speculate that the couple’s body language was quite flirtatious. The two were observed laughing and holding hands as they passed one another. Social media users believed that they intended to keep everything under wraps, but many were dubious of their actions.

Nonetheless, a source confirmed to TMZ on May 10, 2022, that Camille is blissfully engaged to another guy. She is in a relationship with a British real estate agent. Since a few months ago, the couple has been quite committed. However, Camille is fond of Johnny as a customer. Camille finds Johnny amusing and couldn’t help but chuckle at his pranks and/or sense of humor, according to the source.

In business situations, Johnny and Camille have a nice relationship, according to the source. “Everyone on the legal team is reserved, yet they’ve all developed a deep relationship with their client, which has become both professional and personal.”

Recently, Camille questioned Amber Heard about her relationship with James Franco the night before she filed for divorce from Johnny. Amber answered, “He was my buddy and he lived next door, literally next door, and I was eager to accept as much companionship as possible at that time since I had exhausted my support network with my typical pals.”

Depp was married to makeup artist Lori Anne Allison from 1983 to 1985.

In the late 1980s, he was engaged to Jennifer Grey and Sherilyn Fenn. In 1990, he proposed to his Edward Scissorhands co-star Winona Ryder, for whom he tattooed “Winona Forever” on his right arm, which he later changed to “wino forever.”

In 1998, following his breakup with Moss, Depp began a relationship with Vanessa Paradis, a French actress, and singer he met while filming The Ninth Gate in France. They are the parents of two children, Lily-Rose Melody Depp (born in 1999) and John Christopher “Jack” Depp III (born in 2002). Depp stated that fatherhood has enriched his life “In life, in the workplace, in everything… a solid foundation, a solid footing… The kind of profound love that results in children cannot be planned. Fatherhood was not a deliberate choice. It was part of the fantastic journey I was on. It was fated. The math finally added up “. In June 2012, Depp and Paradis confirmed their separation.