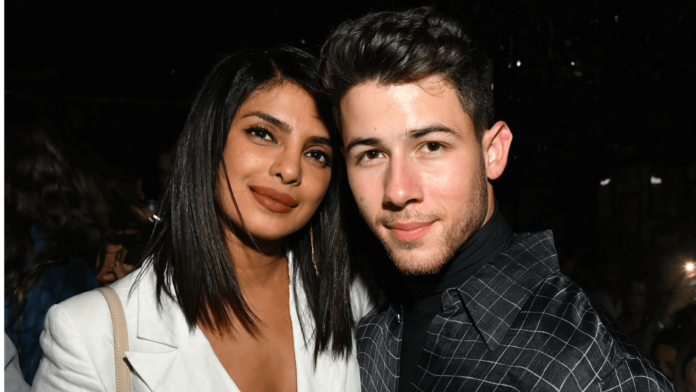 After spending more than a hundred days in the newborn intensive care unit, Priyanka Chopra and Nick Jonas welcomed their baby girl, Malti Marie, home over Mother’s Day weekend. On Sunday, the couple marked the occasion by posting the first photo of her on social media which later went viral on the internet.

Priyanka first announced her daughter’s birth in a January 22nd Instagram post that said the couple is overjoyed to confirm that they have welcomed a baby via surrogate. They respectfully asked for privacy during that special time as they focus on their family. And she thanked her followers. She later gave fans a hint into her life as a mother with some photos of her and what appeared to be a nursery full of toys and stuffed animals.

On Instagram, the Quantico fame Priyanka Chopra posted a snapshot of her and the pop star’s first child, along with an emotional Mother’s Day homage to the baby’s first months. Chopra is seen holding her baby girl, Malti Marie Chopra Jonas, who is clothed in an exquisite dusty-pink frock with a matching bow headpiece and a white heart covering her face. Almost four months after welcoming their first child via surrogate, the couple posted their first public photo of her. Priyanka holds their baby girl to her heart in the photo, which was shared on their Instagram profiles, as Nick looks lovingly at the baby. Every family’s path is unique and demands a certain level of faith, Chopra and Jonas said, adding that while theirs was difficult, they recognized in retrospect how exquisite every moment is. Grateful words from the most adorable couple in the world right now.

They also said that they are happy that their little girl is finally home and they want to express their gratitude to every doctor, nurse, and a specialist at Rady Children’s La Jolla and Cedar Sinai, Los Angeles, who were there for the couple selflessly every step of the way.

Priyanka and Nick shared the first photo of their daughter and expressed how difficult the past several months have been for them. The pair also wrote about how they had been each other’s strength in their social media posts. Priyanka Chopra and Nick Jonas have kept their personal lives quiet after becoming parents in order to protect their child’s privacy. To conceal her identity, the new mother masked the face of her young girl with a beautiful heart emoji. However, when Priyanka’s Mother’s Day post went viral, it caused a stir on social media. Several celebrities from Hollywood and Bollywood congratulated the power couple in the comments section of the post. Priyanka Chopra’s sister, Actress Parineeti Chopra, wrote in the comments section of the post about how she has watched the pair overcome all challenges in the last few days.  She said seeing both of them like this the last three months has been both hard and inspiring. And that she saw a soldier in the hospital regarding Priyanka. And the baby has taught them so much already and she doesn’t even know it! It’s time to start spoiling her, she added.

In another post, Priyanka also paid gratitude to other mothers and her husband. Wished Happy Mother’s Day to all the mothers and caretakers in her life and out in the world. She said all the other mothers make motherhood look so easy. She added that there is no one she’d rather do this with than Nick and thanked him for making her a mom. Priyanka also paid tribute to her mother, Dr. Madhu Chopra, and Nick’s mother, Denise Jonas, on her Instagram Story. She wished them a Happy mothers day and wrote, that she loves them both equally.