Joey Defrancesco, the munificent Jazz Organist, saxophonist, and trumpeter of America died on...
HomecelebrityWho Is Malik...

Who Is Malik Willis? He Is Selected By The Titans With The 86th Pick In The 2022 Draft! 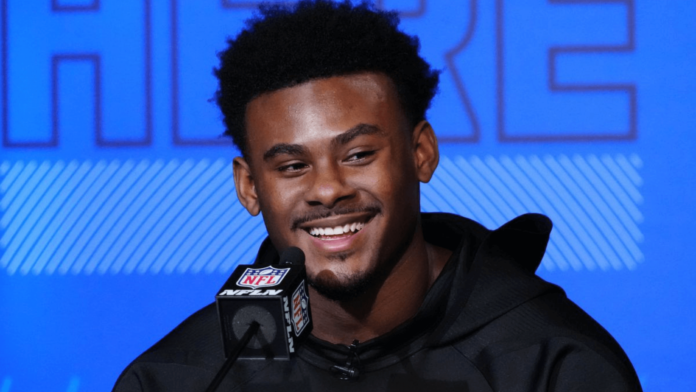 It is of much importance to reconsider the fact that which team you’re in and what that team poses to help you grow. A player’s career and productivity depend mostly on which team they’re in, especially in athletics. Some players need the right team to boost up their careers. Malik Willis was one of them. He was not used rightfully when he was with the auburn team. but soon after being transferred to liberty flames, Willis became one of the top quarterback players in the history of the NFL draft. Let’s have a closer look at the life of malik Willis and why the transfer even happened:

Malik Willis is an American football quarterback who was born on May 25, 1999, and is a native of Atlanta. He is the son of Shasta Grier and Harold Willis. Willis’s uncle has also played in the NFL for 11 seasons.

Willis has completed his schooling at the West lake high school in Atlanta. For his senior years, he attended Roswell high school in Roswell Georgia, and further attended auburn university. There he played 15 games for the college.

Malik Willis was a member of the auburn tigers back in the years 2017 and 2018 till he got transferred to liberty university. Willis finished his career at auburn university by completing 11 of 14 passes for 69 yards with a touchdown.

He didn’t perform in the 2019 season due to the transfer rules of NAAC. in 2020, he started the game against Southern Mississippi with 6 touchdowns.

He has got several awards for his best performance. He was ranked number 1 rushing quarterback and ranked number 7 rushing touchdowns and number 16 in rushing yards in the country. A Dudley award was given to mark that is for the best player in the state of Virginia, and many other awards for that matter.

The question that arises is why Malik Willis actually chose the lesser-known liberty over auburn. Were there any special reasons? Let’s see.

Why did Malik Willis go to Liberty University?

His performance was good at auburn, but he wasn’t able to start as a quarterback under coach Gus Malzahn because of his attitude toward watching films. Malik was used very rarely for the quarterback. It induced Willis with the thought to transfer to a new place.

“He(Gus Malzahn) didn’t have to(tell me). I knew,” Willis said. “I was so immature. I had just played really well in the spring game, but I learned the hard way that the spring game doesn’t really matter. I decided after that meeting that I had to be better, but I needed to find somewhere else to lay and find someone to help me get where I needed to go.”

Willis has led the Liberty Flames to win over Virginia Tech, completing 20 of 30 passes and 3 touchdowns, rushing 108 yards and a touchdown for the very first time, and several other wins, that too for the first time which Malik Willis really takes pride in.

He takes full responsibility for his immaturities, maybe that is why he is now on top of all the players. Moving to liberty proved to be the best choice Willis made.

Malik needed the correct amount of guidance and support through the process to get what he really deserves. It is made possible under the guidance of the liberty coach Hugh freeze.