Joey Defrancesco, the munificent Jazz Organist, saxophonist, and trumpeter of America died on...
HomeEntertainmentSplatoon 3: Everything...

Splatoon 3: Everything You Need To Know About This Series! 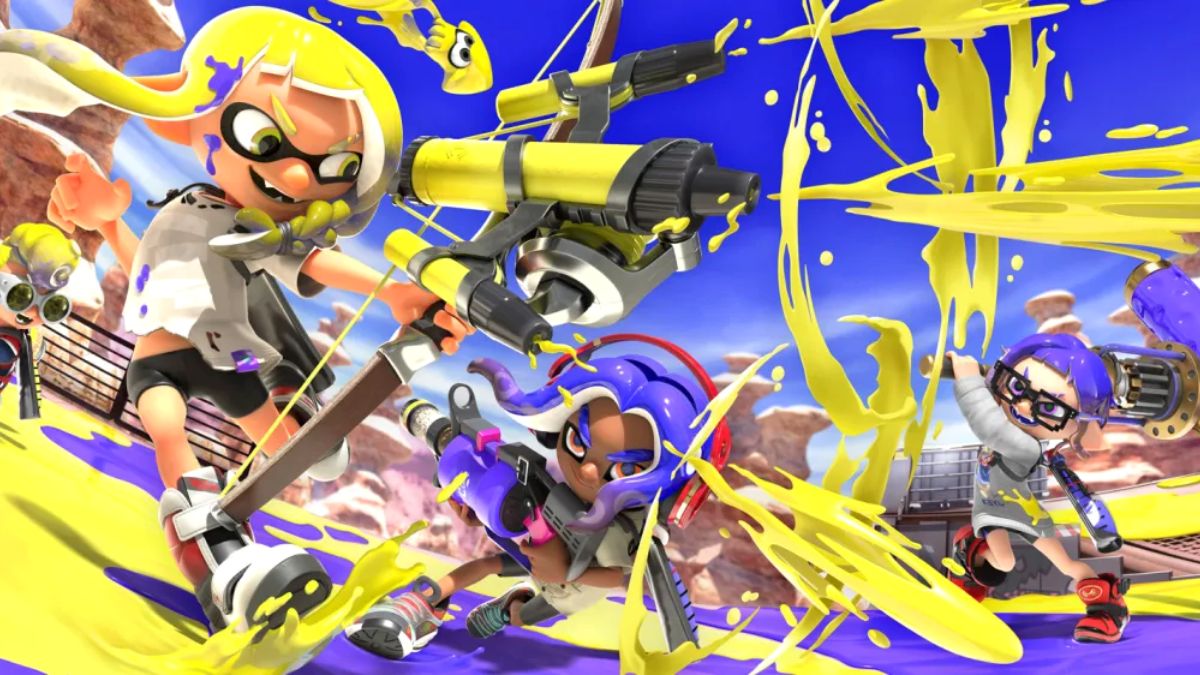 Splatoon 3 is being developed by the Nintendo Switch and will be released on September 9, 2022.

The Splatlands, a new environment for the game, was first shown to the public in a teaser released in early 2021. It is a far cry from past games’ busy metropolis and surreal landscapes.

Via September 2021, we were given a glimpse of the game’s new weaponry, adversaries, settings, and single-player campaign in a second video.

We still have a lot to learn about Splatoon 3.

Splatoon three will be released on 9 September 2022.

@SamusHunter2, a well-known Nintendo Twitter leaker, released some details about Splatoon 3 and what Nintendo had initially planned for a launch date internally.

“I’d like to give you a little update on Splatoon 3,” they stated. Splatoon 3 was expected to be released in March, around the 18th of the month, according to the game’s announcement plans. However, it will now release on September 9, 2022.

All previous Splatoon games have been third-person shooters, and Splatoon 3 is no exception. Players may again choose between the “Inklings” and the “Octolings” as their playable characters in the previous game.

Ink-shooting weapons are at their disposal. Each sort of weapon has its own unique set of capabilities: Huge paint rollers, known as Rollers, can cover a large area with ink, although they are more effective in close-range combat.

Several new weapons are used in Splatoon 3. As squid-like creatures, Inklings may transform into a “Squid Form,” which they can utilize to scale ink-covered walls and swim through ink quicker than humanoid forms can walk.

In “Turf War,” two crews of four players battle to cover the largest area of the map with their respective ink color; Nintendo has confirmed this mode as a viable online multiplayer game option.

As a counter, both teams may paint over the other team’s ink, slow their mobility, do damage over time, and prevent the squid form’s employment by that side’s players.

Each player is given a weapon set before each battle, and each set includes various secondary and special weapons and the primary weapon that the player is given.

Secondary weapons, such as ink bombs that detonate when they hit the ground, are another way to blanket the battlefield in ink. Special weapons are strong ink-spraying weapons that may be used after a player has covered enough terrain.

Opponents may be “splat” when they receive enough damage from weapons or other types of assault; this results in the opponent having to start again from the beginning of the game.

Turf War battles run three minutes, and the side with the most territory after the match is proclaimed the victor.

Splitsville, the “city of anarchy,” will be situated outside of “Inkopolis” in a locale dubbed the “Splatlands” in Splatoon 3’s primary center.

This game will have a single-player campaign like the other games in the series. Splatoon 3’s plot will be named “Return of the Mammalians,” and the locale Alterna will appear in the game. A one-on-one campaign will concentrate on the return of animal species.

We got our first peek at Splatoon 3 in the game’s introduction video. Turf War’s new superpowered special assaults were shown off in this video. Splatoon 3’s single-player campaign, dubbed Return of the Mammalians, was also shown during the presentation.

Splatoon 2’s Salmon Run mode’s adversaries, the Salmonids, are heavily featured in the trailer. It seems to be the beginning of the personalization process for your playable Inkling.