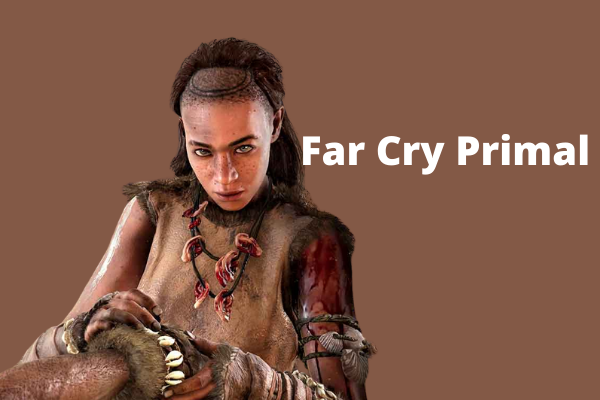 Far Cry Primal is a game that’s ridden with bugs, so it’s only natural for players to want to get their hands on some useful mods to either fix or sidestep the various issues in the game.

Unfortunately, there aren’t a whole lot of mods out there that can fill this role. However, one of the few and most popular mods in the game is the Fix Crash for Primal Savegames, available from Nexus Mods.

This mod makes the game function properly for players who are experiencing crashes. It’s not a perfect fix for everyone, but it does make Far Cry Primal playable again for many players.

Some mods can help with the mission layouts, which contain Far Cry Primal’s trademark exploration parts. Unfortunately, since this game has so many bugs, it can be challenging to find missions that won’t cause random glitches when the player tries to complete them.

As mentioned earlier, this is one of the more controversial shades available for Far Cry Primal. While some players do enjoy this effect, it generates a lot of negative feedback from others who feel this is a downgrade from Far Cry 4’s graphics.

Unlike other shades, this one is made specifically for the game’s PC version and requires a specific video card to work correctly.

Actual performance can vary wildly depending on individual systems. Players will need a powerful video card to run this effect, which many older cards might struggle mightily with.

On the other hand, somewhat modern GPUs should be able to handle the brunt of the work.

It’s worth noting that this reshade can make Far Cry Primal look like a last-generation title, and it will lose the impressive lighting and shadowing effects featured in the original version of the game.

The Primal Cinematic Visuals mod is another one worth checking out. It aims to achieve a cinematic visual style by enhancing the color palette of the game and making the shadows look more dynamic.

It’s not difficult to see why this is a popular choice among Far Cry Primal fans.

However, certain aspects of this effect are less-than-appealing, mainly because the result seems to be much more drastic than what users might have expected.

Must read: Best Minecraft Modpacks You Should Try Now

This mod can do a much better job making Far Cry Primal look like a film, but it’s much more subtle and less intensive. If players want to be blown away by how this title looks from start to finish, they should download the Cinematic Visuals mod instead.

Ziom’s Primal is also available for both the Xbox One and the PlayStation 4 versions of this game, so it’s an excellent mod to look into if players want to improve the look of their game without having to download it it it a bunch of different mods.

Far Cry Primal is a surprisingly fun game, but it’s also a buggy one. There have been a few tweaks and fixes released for the game in the form of mods, and some of them are worth considering.

Of course, there are many more mods out there that PC players can install to improve their experience with Far Cry Primal.

Aside from the ones mentioned above that have already been covered, players should also look at some of the other popular mods available for this game. This is yet another shade available for Far Cry Primal, but it does not manage to do anything too different than what we’ve already seen so far.

It is another one of the simpler shaders available for this game. ‘Graphics Enhancement’ has the benefit of not messing too much with the look of Far Cry Primal. It’s also widely compatible with most other mods, which makes this mod a good choice overall.

This mod aims to do quite a bit more than its name might suggest. It adds a few effects to the game that make it look a lot more like Far Cry 4, but it also introduces many visual improvements.

While this is the least impressive of the well-known shades for Far Cry Primal, it still manages to take away some time from the title and make it look better than ways before. It is one of those mods that should be considered by anyone who wants to take Far Cry Primal into their own capable hands.

Overall, Far Cry Primal is one of the more exciting entries into the Far Cry franchise in recent memory. It’s certainly not perfect, but it has a certain level of charm that makes it much more bearable than previous iterations in the series.

Whether players are looking for a game that’s suited to taking on AI like few others, or they want to use an exotic open-world environment to complete challenging quests and investigate mysterious ruins, Far Cry Primal will provide plenty of opportunities to do both.