Joey Defrancesco, the munificent Jazz Organist, saxophonist, and trumpeter of America died on...
HomeIndiaThe name of...

The name of the late CPI (M) leader Kunhanandan is also in the voters’ list; Election Commission says he is alive 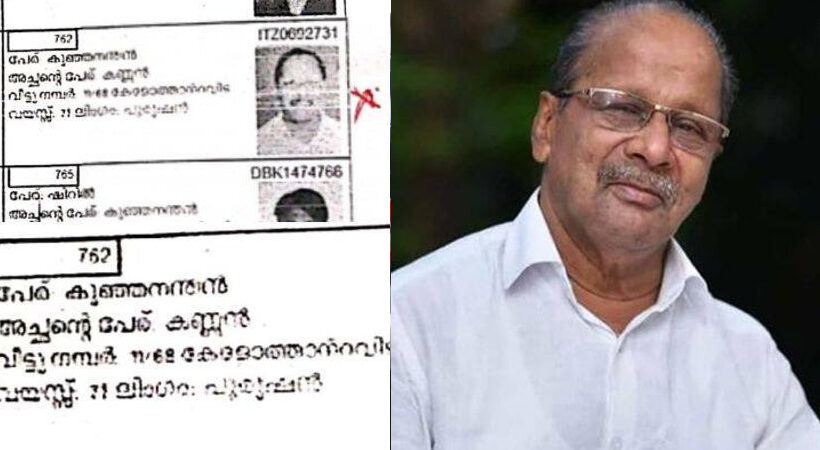 The name of the late CPI (M) leader PK Kunhanandan is also on the voters’ list. The Election Commission of India (ECI) said in a statement that Kunjananthan’s name had been removed from the electoral roll.

Kunjananthan’s name is in the voter list in booth number 75 in Koothuparamba constituency. The information came out in a complaint filed by a Congress activist in the constituency. He will die in June 2020. However, during the field verification, it was found that the voter was alive under this name and the Election Commission said that the complaint was rejected.

Kunjananthan was the 13th accused in the TP Chandrasekharan murder case. Kunjananthan, who was sentenced to life imprisonment in the case, died in June 2020 while undergoing treatment for stomach ailments. He died on a three – month bail for treatment.

Opposition leader Ramesh Chennithala had yesterday released a list of 4,34,000 dual voters in 140 constituencies in Kerala.
The list was released on the website www.operationtwins.com. Nadapuram constituency has the highest number of double votes. The list shows that Nadapuram got 6171 double votes.