Joey Defrancesco, the munificent Jazz Organist, saxophonist, and trumpeter of America died on...
HomeNewsWho is Juliana... 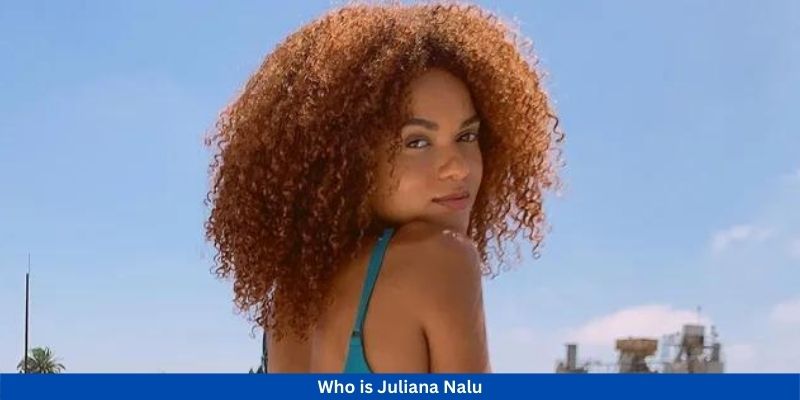 After receiving a significant backlash from social media for his controversial statement, Kanye West is hitting the town again with a beauty queen, Juliana Nalu, a Brazilian model, who the netizens assume to be his girlfriend.

The alleged couple was catching a flick together on Sunday night in Hollywood. The stunner Juliana Nalu and Ye took a pair of tickets for Ruben Ostlund’s ‘Triangle of Sadness.”

We don’t really know if the movie was apt for a date night, but well, it’s Ye, he wouldn’t do anything just like that.

Finally, Kanye West is moving on from his ex, Kim Kardashian! Although that is something to be cheered for, the two were clicked a couple of days after Ye tweeted anti-Semitic content. The rapper was spotted at the theatre with Juliana Nalu wearing the same “2024” cap that Ye wore days before on his Twitter handle, hinting at a potential presidential run. While on the theatre date with the 24-year-old, the Yeezy designer made himself look quite simple yet modern, with a monochromatic black look, featuring knee-high boots, an oversized jacket, and pants. Meanwhile, Juliana rocked in a black and white ensemble and left their enthusiasts on a wow, when she went to clasp Ye’s hand while entering the building.

Interestingly, Ye chose to sport an Adidas jacket despite his partnership with the activewear company seemingly still being ‘under review” following the famous scandal regarding Ye’s “White Lives Matter” T-shirt.

Before they hopped into Ye’s SUV, he made sure to pick out some time to sign a number of autographs for his fans.

Ye and Juliana Nalu had already been out and about recently as the pair were also seen checking into a hotel in Beverly Hills on Thursday. Not only that, the two were discovered having dinner together on Saturday night in Santa Monica. After grabbing the dinner, the rapper and his apparent new muse also paid a visit to a clothing store.

Initially, netizens were left baffled as they failed to identify the mystery woman who had dinner with the “Gold Digger” singer recently. But, nobody can escape the media even if they choose to hide under the rocks. Likewise, the woman’s identity was also exposed and she turned out to be the Brazilian model, Juliana Nalu.

We surely do have a hunch that Ye often gets that spark with models. Are we wrong?

Who is Juliana Nalu?

Latina Magazine revealed that Juliana Nalu believed modeling was in her blood ever since she was 6. As a kid, she was always fond of having a better and secured career as she lived her life with a single mom, realizing the possible difficulties it could bring. But although Juliana Nalu’s parents were separated when she was too young, she didn’t lose touch with her father and her half-siblings.

In a recent interview, the Rio de Janeiro-born model revealed her struggles saying, “I always intended to do big things outside Brazil, but I literally had no idea about how I could do that. My dream sounded like it was too far, but I knew that I could at least try to reach it.”

“I want the entire world to see a Brazilian from Rio… good things do exist there. So, for the next girls who follow my path, the industry would be more flexible.

Juliana Nalu, who currently lives in Los Angeles has been signed to several modelling agencies including MGM Models, Mix Models, and Elite Model Management. Moreover, Juliana Nalu recently came into the limelight with her iconic walk in her first Fashion Week show exclusively for the clothing brand, 6 PM.

Must Read Why Is Charles Martinet Not Voicing Mario?

Eileen Ryan Died! Actor and Mother of Sean Penn Passed Away at 94

Are Ye and Juliana Nalu Dating?

Although things lack clarity as of now, we can still assume confirmation from either of the duo very soon. Currently, all we know is that the dished pair is enjoying the company of each other, privately.

Two days after their rendezvous, Juliana Nalu made a retweet on her Twitter account, showcasing her black trousers, black pump boots, and black & white jacket. She posed along with the Grammy winner and captioned it with a single black heart emoji. By the way, have we started to express our love in black hearts today? Have we really replaced the bloody red heart? Okay, we will have a discussion about that some other day.

In the photo, the “Flashing Light” singer appeared to have gotten rid of the long beard that he rocked in the Fox news interview with anchor Tucker Carlson.

However, everything was not going okay with Ye as his recent fashion statement seemed to tick off plenty of his fans. But, what did he do to that extent, which made the entire crowd turn their back on him?

We have been coming across tons of headlines over the last few days, claiming Kanye West did this and that. So what exactly did Ye do to receive such a major backlash?

The first and foremost issue which evoked the public to turn against the singer was that he openly supported “White Lives Matter ” by choosing to wear the T-shirt -with that particular slogan- that he wore in pride to the Yeezy Fashion Show in Paris Fashion Week.

Ye’s fans rushed to the social media platforms to show their opinion on what he did, ultimately making the rapper rant against everyone on his Instagram.

“I’m a bit sleepy tonight, but by the time I wake up, I am going con 3 on Jewish People. The witty thing is that I cannot be anti-semitic as black people are also Jews,” he wrote.