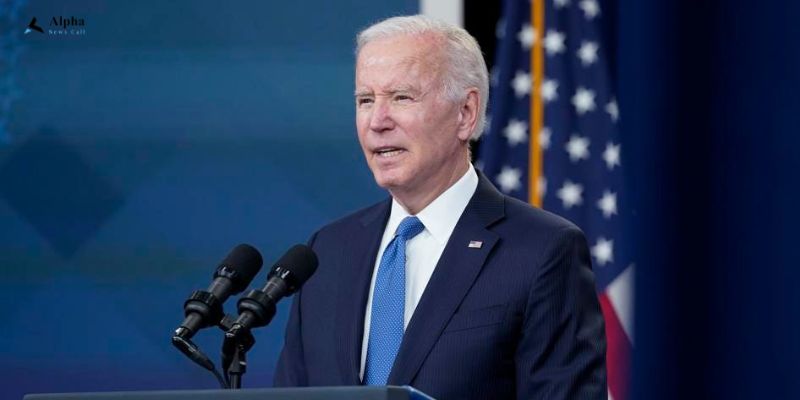 Following the court’s rejection of the Biden administration’s plan on Thursday night, the government has ceased to consider the cancellation of federal student loans.

On the website, Studentaid.gov, where students were applying for forgiveness. A notice suddenly popped up that informed courts have already issued orders blocking the student debt relief program. The notice went on asserting no applications would be accepted as a result of the government’s latest order.

Apparently, it is the denial of Joe Biden’s move to cancel roughly $20,000 in student debt for millions of Americans, that prompted the abeyance of the forgiveness program. It was canceled by Judge Mark Pittman who wrote, “In this country, we are not ruled by (an individual) an all-powerful person with a phone and pen.” The federal judge in Texas was appointed by former President Donald Trump after Pittman supported the Job Creators Network Foundation, an advocacy organization.

The group eventually accused the president of exploiting his power by giving Biden’s proposal titles of “Irrational,” “unfair,” and “arbitrary.” The complaint clearly mentioned that by not soliciting public feedback, the White House openly disregarded federal regulations.

According to the Biden administration, the Justice Department has already challenged the verdict.

Following the ruling, Education Secretary Miguel Cardona wrote a statement, where he professed, “We strongly believe the Bidden-Harris Student Debt Relief Plan is a lawful and necessary plan to provide working families and borrowers a room to breathe, as they recover from the (COVID-19) pandemic.” he further asserted that they had no plans to stand down amidst the external efforts, running in the background, to block their debt relief program.

The issue for those who are wishing to file a legal challenge against Biden’s scheme is none other than finding a plaintiff who can demonstrate they have been adversely affected by the policy.

Laurence Tribe, a Harvard law professor suggested that such an injury would do better to demonstrate what courts refer to as ‘standing.

Currently, the state’s lawsuit has been dismissed by a federal judge who previously claimed that although they brought up “significant and important issues to the debt relief scheme,” they nearly lacked a powerful legal authority to raise the claim.

Meanwhile, the president’s executive move to eliminate student loan debt was being challenged by six Republican-led states: Missouri, Arkansas, Kansas, Nebraska, Iowa, and South Carolina. These six states have also reasoned that the president has already exceeded his powers.

Even after the case was dismissed, the GOP-led states didn’t admit their defeat. They repeated in their appeal that the president’s plan, which was slated to begin in Oct. 2022, be put on hold so that their applications can be thoroughly reviewed.

However, the state’s emergency petition was approved particularly by the 8th US Circuit Court of Appeals, stopping the Biden administration from starting to forgive any student debt. Neither the Education Department has urged borrowers to request continuous forgiveness since its plan had yet to be overturned.

Back in August, Biden declared that nearly tens of millions of Americans would be made eligible for student loan forgiveness, depending on whether they were previously the recipients of the Pell Grant, a kind of financial support offered to low-income families. As per the announcement, each was supposed to be qualified for an amount ranging from $10,000 to $20,000.

Even the Education Department had initially stated that borrowers would be granted pardons just six weeks after applying. The entire application went live on Oct. 17 and at least 26 million people have so far asked for assistance. Back then, the department said they had kept the already-applied requests on hold for the time being.

Per Mark Kantrowitz, a higher education expert, borrowers should be patient enough to wait it out.

Long before Biden took action against criticism from Democrats and other consumer activists, Republicans had denounced student loan forgiveness as an endowment to wealthy graduates. They asserted at the time that the president lacked the power to forgive consumer debt unless and until Congress approved.

As expected, numerous challenges poured in. a minimum of six lawsuits have been registered so far against the president’s plan.