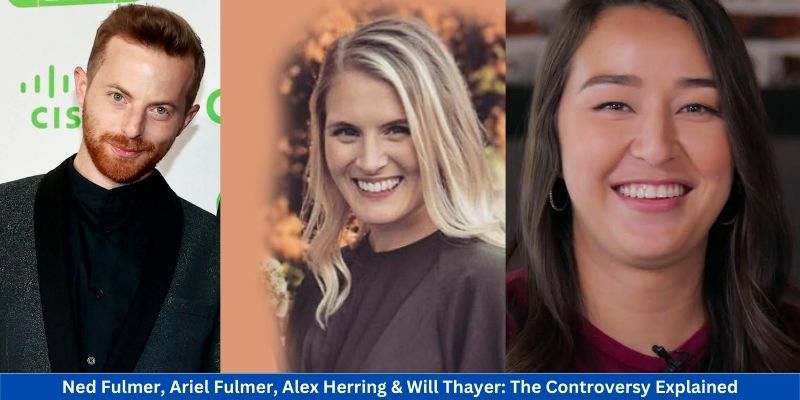 Ariel Fulmer is the wife of Ned Fulmer, a member of the popular YouTube comedy group The Try Guys. The couple has been married since 2015 and has two children together.

Who Is Ariel Fulmer? Ned Fulmer Cheated on Wife

Ariel Fulmer is originally from Florida and met Ned Fulmer while they were both students at Northwestern University. She has a degree in communications and worked as a publicist before becoming a stay-at-home mom.

Ariel Fulmer is very supportive of her husband’s career and often appears in his videos. She is also active on social media, where she frequently shares photos and updates about her family’s life.

Despite being married to a YouTube star, Ariel Fulmer prefers to keep a low profile and stay out of the spotlight. She is a private person who values her family’s privacy. Ariel Fulmer is a down-to-earth person who loves to laugh and have fun. She is someone who can be counted on to always be there for her loved ones. The couple started a Podcast named the Baby Steps in 2020 to share their experiences while raising their sons Wesley and Fin.

But, According to the latest news reports, a cheating allegation has been raised against her husband Ned Fulmer. According to the allegations, Ned Fulmer was having a workplace relationship with one of the Try Guys producer Alex Herring and he filmed a kissing video while they were partying in a New York Club.

The Try Guys fans have been enquiring about Ned’s absence in the latest videos published by the group and the reason for that just came out from the dark. Try Guys announced that Ned Fulmer is no longer a part of their 4 member team. On their official Twitter account, they wrote “Ned Fulmer is no longer working with The Try Guys. As a result of a thorough internal review, we do not see a path forward together. We thank you for your support as we navigate this change”. The post then got 45k retweets and 256k likes.

After a while, Ned Fulmer responded to this on his official Twitter account by admitting his mistake of having a consensual workplace relationship. But, he didn’t mention the name of the girl with whom he had an extramarital relationship.

Must Read Robert Cormier Death: ‘Heartland’ And ‘Slasher,’ Actor Dies At 33- Cause Of Death

Start of the Controversy

News of Ned Fulmer cheating on his wife started to spread after a Reddit user “hamilton390” took to the platform to claim he found Ned Fulmer kissing another woman in a New York club. Fans started to dig deeper to find out the identity of the woman and they were surprised after finding that the woman is none other than Alex Herring of Food Barbies.

Meanwhile, Food Babies fans noticed that Herring’s fiance, Will Thayer, deleted all of his photos with her from his Instagram account and set his account to private soon after. Twitter user @camitwomeyy also claimed that YB, who is the editor of Food Babies, ditched Herring and Fulmer on Instagram.

Ariel Fulmer was born on November 15, 1985, and aged 36 as of 2022. She was previously known as Ariel Vandevoorde. She owns the online interior merchandise store, Fig+Stones. According to the website, Ariel Fulmer has expertise in Vintage Decor, textiles, furniture, and Art. Ariel Fulmer appeared in a few videos of the Try Guys Try Wives Segment, the Try Moms segment, etc.

Who is Alex Herring?

Alexandria Herring is originally from Los Angeles and graduated from the University of Hawaii with a degree in communications and anthropology. She then became an associate producer for The Try Guys and also a member of The Try Guys food challenge duo, The Food Babies. She currently has over 50k followers on Instagram. Alex has shared several images with her beau Will Thayer over the years. Her Instagram is filled with photos of them having fun with each other.

Who is Will Thayer?

Her beau Will Thayer turns 31 in 2022, according to Alex Herring’s 2017 post where she wished him a happy 26th birthday. In February 2022 YouTube video on the Try Guys channel titled Women Wear Wedding Dresses for the First Time, an emotional Alexandria tried on a wedding dress and even shared details about her relationship with Will Thayer. She even said they have been in a relationship for over 10 years (in 2021).

From Alex’s Instagram, we also know that Will Thayer played baseball in college. The couple celebrated their fifth anniversary in 2016. Her Instagram shows that the couple has traveled extensively during their time together as they are pictured in several beautiful locations like South Lake Tahoe, California; Sunset Cliffs, San Diego; New York, Tunnels Beach Kauai, Hawaii.