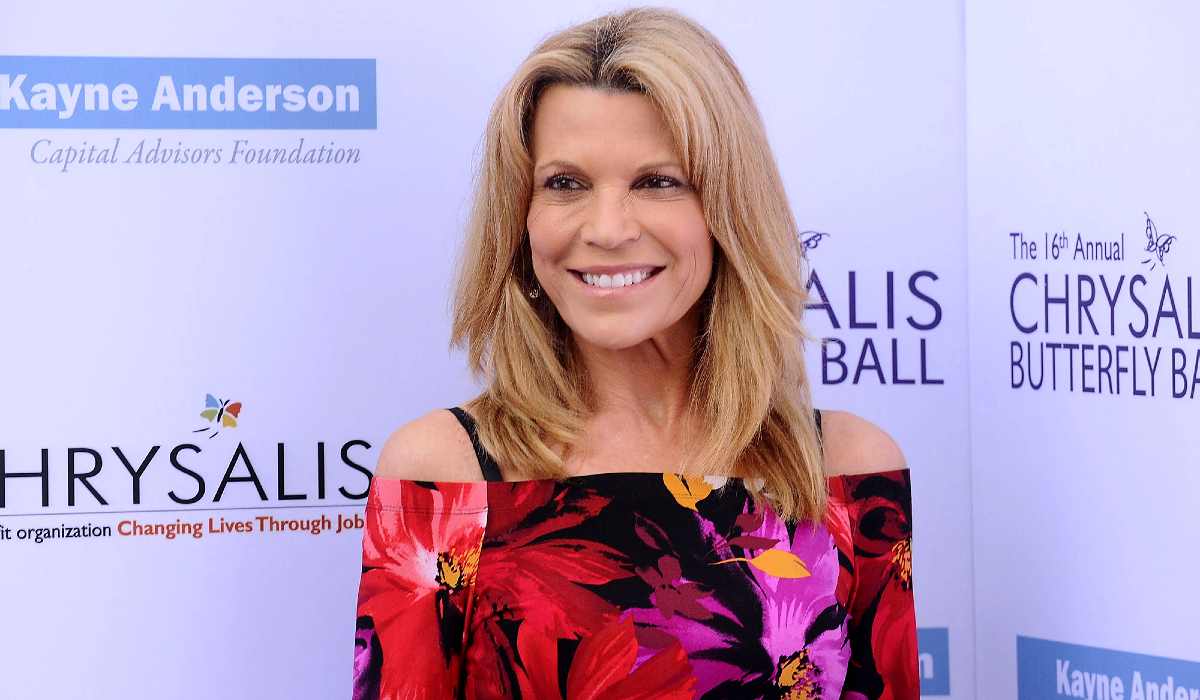 Vanna White is one of the vociferous a woman who is aging like a fine wine and is an astounding American television personality who has managed to garner hordes of fans across the globe.

Vanna White has been a queen in the realm of being a fantastic show hoster and also a co-host of Wheel of Fortune for indeed long 40 years. Recently her appearance is still as cool as a cucumber she talks about her life in the Yahoo series ‘Unapologetically’. This platform is where people especially celebrities get the chance to talk and share about their serene life, and how they are living their life. Vanna White was the recent celebrity in this Yahoo series and with her resplendent and bewitching beauty, she just stole the show entirely.

Vanna White is now at her 65, post-middle age and undoubtedly she is aging like a fine wine, and audiences were utterly befuddled with her latest appearance. Vanna White reigned like a queen as co-host of Wheel of Fortune and she claimed that this role would never ever get a monotonous feel. This realm would never be lackadaisical and dreary.

So recently in the game show, Vanna white was alongside Pat Sajak and she dashingly looked totally different this year even though she was 65 years old. Vanna White is still as fresh as a daisy she was the cynosure of the show.

Because of her enrapturing appearance, she is now labeled as a sex symbol and she vehemently defies all sorts of symbolism attributing to her name. Vanna White gave precise justification “ I feel like I am the same person I have always been growing up in North Myrtle Beach, South Carolina. I really am myself. On TV, I am dressed up glamorous and so forth. But when I go home, I am in sweats and jeans and tennis shoes. But I am still the same person on the inside.

Through 40 years, we have had many changes. From the big shoulder pads to the skinny dresses, I have worn it all. The designers send their latest clothes every year and I wear them. So It’s really up to them. It’s their style and I am modeling their clothes. So the pressure really isn’t on me – I am who I am on TV. When I am off the TV, you are just going to see me in jeans and no makeup. I am just so simple and comfortable and not glammed out all the time. I feel like I am just that country girl”.

These were the poignant yet subtle words that came out of the mouth of Vanna White. Because of these stated reasons, she does not abide by the structure of being a ‘sex symbol’ and she rigorously doesn’t see herself as much of a sex symbol.

Vanna White with her immeasurable capabilities and perspicacity had managed to garner a wide range of recognition.

Vanna White is the epitome of seraphic smile and alluring beauty and is popularly known as the hostess of Wheel of Fortune since 1982. Vanna Marie Rosich was born on February 18, 1957, in South Carolina US. Albeit Vanna White is 65 years she is still active in the entertainment industry blithely.

Vanna White was born in the countryside in South Carolina, her parents were Joan Marie and Miguel Angel Rosich. As things took a bend, her parents got divorced when Vanna White was an infant, and most of her childhood she spent with her mother and stepfather Herbert White Jr.

Being an immensely amazing philanthropist Vanna White always outstretched her hands to needy people and she donated a hefty amount to several organizations her benevolent heart will always beat after her retirement from television.

Before Vanna White’s debut on television, she was the strongest contestant in the Miss Georgia USA pageant. Following this pageant, Vanna White’s first appearance in the game show was in the episode of The Prince is Right. With her iridescent personality Vanna White within a snap of fingers, she rose to prominence. Within these contestants, Vanna White got a chance to act in a film that was not completed but was released in June 1990 entitled Gypsy Angels. Her other films include Looker and Graduation day.

Her autobiography titled ‘Vanna Speaks’ was one of the best sellers and people across the world got an open door to enter and to let know about her life. Vanna White appeared in the NBC television film in 1988, Goddess of Love which garnered vast recognition.

Must Read Chloë Grace Moretz Reflects On Becoming A ‘Family Guy’ Meme: ‘Everyone Was Making Fun Of My Body

Her unflagging enthusiasm gave her umpteen opportunities on television shows including LA Law, Super Mario Bros, Super Show, Simon and Simon, The King of Queens, Full House, and Rupaul’s Drag Race All Stars. Her boisterous personality made her career capacious enough to garner a tremendous amount of love and fame.

Her major career breakthrough was Wheel of Fortune and is the co-host of the show Vanna White sooner became the regular hostess.

Vanna White married George Santo Pietro who was a restaurant owner in 1990. Prior to this marriage White was engaged to a fellow actor John Gibson. But unfortunately, Gibson was killed in a plane crash. Both the couple share two children named Nicholas and Giovanna. Both Vanna White and George Pietro decided to part ways for their own sake and later Vanna was engaged to Michael Kaye, but they never got married. After this brief relationship with Kaye, at present Vanna White is with John Donaldson.