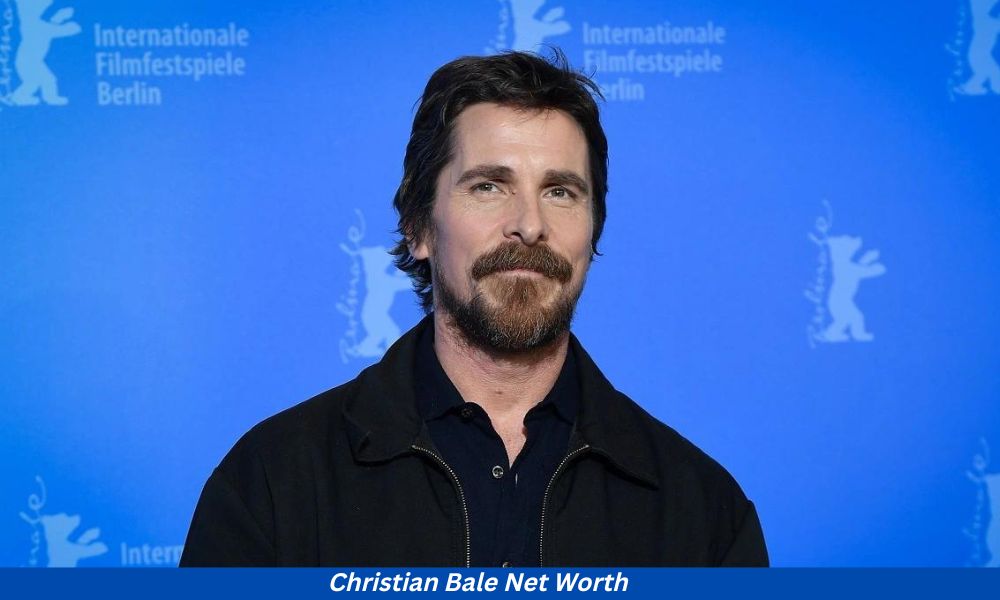 Christian Bale is a famous English actor who has given some significant performances in the past and is considered to be one of the most versatile and talented actors in the industry today. He has not confined himself to particular roles and has explored his acting range by giving noteworthy performances. Among his well-known movies are American Psycho, Batman Begins, The Machinist, etc. Further in this article, we will get to know more about Christian Bale’s net worth, his family, height, career, earnings, relationships, and more. The actor has a whopping net worth of around 120 million dollars.

This famous English actor was born on January 30 1974 and his full name is Christian Charles Philip Bale. The actor is 6 feet tall and has outstanding features. An actor is a talented man who puts in a lot of hard work in his movies to achieve the perfect character. The 48-year-old British actor weighs around 70 kgs and is considered to be one of the most good-looking actors in the industry. His performances often leave a mark on the audience.

The actor was included in the Forbes list of highest paid actors in the year 2014 in which the actor reportedly made around 35 million dollars. The actor has a large fan following and is also considered as a sex symbol due to his bold and good looks. The actor is fond of cars and owns Mustang GT among other cars. The actor is hugely successful but also likes the simple life and sometimes is referred to as a nerd in the Hollywood industry.

Christian Bale Net Worth And Salary

The actor Christian Bale has a whopping net worth of around 120 million dollars. He has provided the industry with great movies that have earned him a lot of fame and success.

The actor managed to earn around 9 million dollars for his performance in Batman Begins and he was also a part of its sequels The Dark Knight and The Dark Knight Rises. The actor made around 54 million from the three movies in which he portrayed the very famous superhero, Batman.

The English actor was born in Haverfordwest, Pembrokeshire to Jenny James who was a circus performer, and David Bale, an environmentalist, and animal welfare activist. Christian Bale has two siblings who are elder to him and a half-sister as well. The actor has traveled a lot and shifted homes when he was young.

He has done his schooling at Bournemouth School which he left at the young age of 16. At the age of 17, Bale witnessed the divorce of his parents after which he shifted to Los Angeles.

Bale says that his career decisions were influenced by the events of his childhood. The actor got opportunities in the field of acting from a very young age which he took and eventually wound up making a career for himself in this very field.

As mentioned earlier, Christian Bale got many opportunities in the acting field as a child. It was not his initial choice and did not find it to be as appealing as everyone thought but he was fairly good at it and hence was encouraged to do so. He was offered a commercial in the year 1982 and also got a chance to work with the famous Rowan Atkinson in the year 1984.

At the young age of 10 years old, the actor got the chance to act in the film Anastasia after which he even got the opportunity to work with the big shot director Steven Spielberg in his 1987 film Empire of the Sun. Christian Bale’s acting career was on the rise as he was landing more roles, even in musicals.

In the year 1994, he was asked to be a part of the movie Little Women.  After this, he also landed the role of Arthur Stuart in the movie Velvet Goldmine. Next came his very famous thriller movie in which he had an exceptional performance, American Psycho. Bale’s career only saw growth after this.

Must Read: Aaron Judge Net Worth- How Rich Is Aaron Judge? Wife, Awards, And More!

Christian Bale’s salary is estimated to be more than 10 million dollars a year while his monthly income is reportedly said to cross 1 million dollars. The actor earns by doing films and is said to be very good at what he does. He has been working hard since a young age and hence is worth a lot as of 2022.

The English actor shifted to Los Angeles after his parent’s divorce and since then has been living there. Christina Bale has been involved in certain romantic relationships in his career but at present, he is happily married to former model Sandra “Sibi” Blazic. He got married to her in the month of January 2000 and the couple has been going strong ever since.

The British actor has a son and daughter from his marriage with Sibi. Gloria Steinem, a feminist, married Bale’s father in the year 2000 and became his stepmother. The actor, unfortunately, lost his father 3 years later in 2003 to Brain Lymphoma. The actor has been a vegetarian since 2009 and is considered to be an aware member of society. The actor is adamant and often gets things done if he sets his mind.

However, there have been incidents when he was found on the other side of the law. The actor was arrested after his sister and mother made an allegation against him saying that he had assaulted them at a hotel. The allegations were denied by Christian Bale and he was released on bail. Eventually, the case was dismissed and no further action was taken since there was no sufficient evidence to prove the terrible act done.

Christian Bale is one of the most well-known actors today and his movies have a separate loyal fan base. He is the recipient of the prestigious Academy Award and also not one but two Golden Globe awards for his amazing performances.

He has also been honored in the Time 100 list of the year 2011. Christian Bale has also received 2 of Screen Actors Guild Awards. He has also received Oscar nominations and other accolades for his wonderful performances. The actor reportedly has around 78 awards and has been nominated several times for different recognitions and accolades.

The Talk On Social Media About Christian Bale

Christian Bale is often spoken about on social media due to his wonderful performances. The actor has a Twitter account with the handle “@TheOfficialBale”. The actor doesn’t remain as active on social media but is often the subject of many hot topics among the audience. The audience is always waiting for new work produced by him and he is often appreciated for his consistently good work in the field of acting.

The actor is also often appreciated for being in a loyal marriage for such a long time which is considered rare in the industry. The actor is going to be a part of upcoming movies like The Pale Blue Eye(releasing in December 2022), Amsterdam (releasing in October 2022), and Ferrari (releasing in 2023) and is also reportedly working on other projects which the audience is keenly looking forward to.