YOU Season 4! What To Expect! 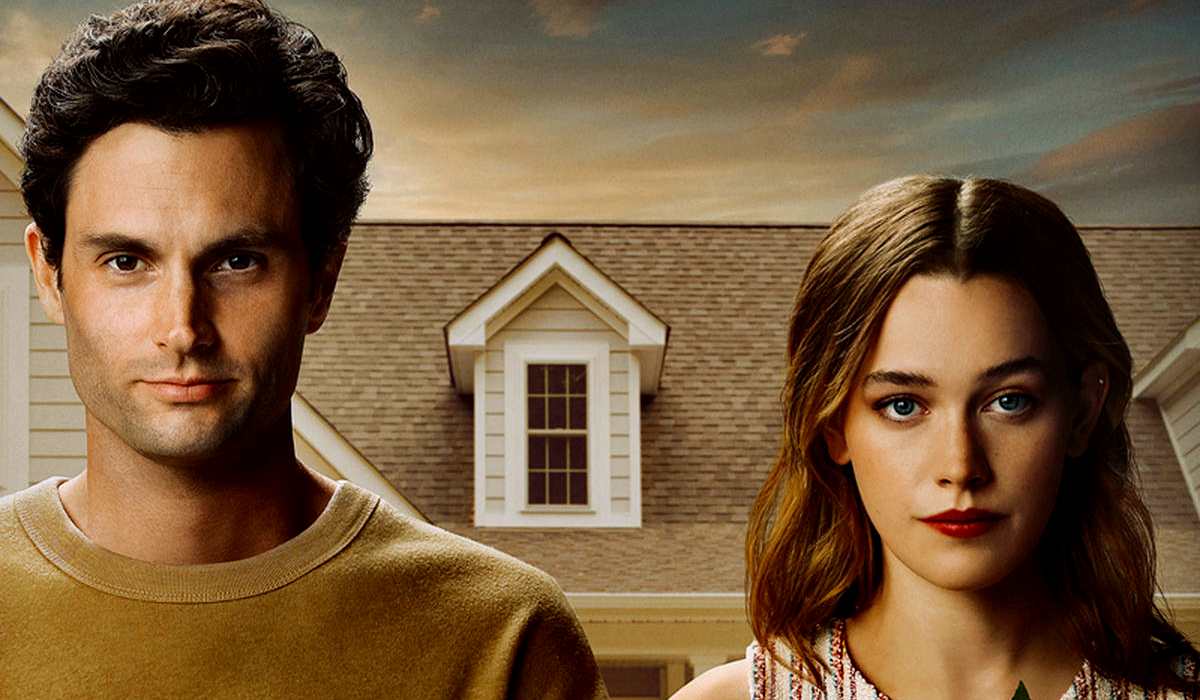 On October 13, 2021, Netflix placed an order for the American psychological thriller television series YOU season 4. We can expect the YOU Season 4 in 2023.

Sera Gamble, who co-created the YOU series, takes over as showrunner. In addition to series regulars Lukas Gage, Charlotte Ritchie, Tilly Keeper, Amy-Leigh Hickman, and Ed Speleers, the major cast also includes series star Penn Badgley as Joe Goldberg and Tati Gabrielle, reprising her role as Marianne Bellamy. The shoot started in March 2022 and is scheduled to wrap up in August.

YOU Season 4 Renewed? Everything We Know So Far!

YOU follow Badgley’s Joe, a serial killer, stalker, and bibliophile with a soft spot for children, on his twisted and homicidal exploits. YOU Season 4 is expected to arrive on Netflix in 2023.

Guinevere Beck (Elizabeth Lail) his first love interest, and anybody else who stood in his way during their connection perished tragically in Season 1.

Joe relocated from New York City to Los Angeles in Season 2, where he finally found Love Quinn (Victoria Pedretti), a woman with whom he had a lot more things in common than he ever imagined.

Joe and Love were married and expecting their first child at the conclusion of Season 2 when he caught a peek of yet another gorgeous blonde next door and started to develop feelings for her as well.

In YOU Season 3, Joe and Love relocate to the fictitious Madre Linda, California, a rich Silicon Valley neighborhood full of mommy bloggers and sophisticated monitoring equipment. With so much chatter, there are fewer ways to hide any secrets—or bodies—there.

We now expect that Joe relocates once more for YOU Season 4—apparently all the way to Europe and the UK—based on the appearance of some Season 4 photographs that have surfaced.

We only have a tweet from Netflix that says, “See YOU soon,” so it’s far too early to draw any conclusions.

In June 2022, Badgley was spotted pursuing a female celebrity wearing a silver dress while filming the fourth season of London. He was sporting a bushy beard and a three-piece check suit.

Netflix revealed that YOU Season 4 was in production in March 2022 by posting an Instagram image of a clapperboard covered in fake blood on the @younetflix Instagram account.

YOU Season 4 official release date has yet to be determined; in fact, the only thing we know for sure about when it might be ready to air is that the show’s writers have resumed their duties as of November 9, 2021.

YOU Season 4 filming was discovered to be in progress in March 2022. The series is expected to premiere in October 2022, which is a suitably creepy time to binge-watch a show about serial killers. This is assuming that the season follows Season 3’s model (which was significantly delayed due to the COVID-19 pandemic).

YOU star and Gossip Girl actor Badgley is anticipated to return as Joe, the lonely bookshop manager who often kills people he stalks. Cardi B, on the other hand, is expected to make an unexpected presence.

Because of Cardi B’s suggestion that she might have a role in the TV program, a beautiful Twitter interaction, and even a picture swap on Twitter, the two have developed an unexpected friendship since season three of YOU premiered in October.

The Season 4 cast hasn’t been revealed yet, save from good old murderer Joe. We may predict that, based on previous seasons, we will at the very least see Love with Joe in Season 4, even if only in flashbacks or hallucinations—as well as perhaps Beck and the other bodies Joe left behind in Seasons 1 through 3.

It’s possible to expect survivors like Theo, Marienne, Dante, Dottie, and Henry, as well as the awful Sherry and Cary Conrad.

In a joke to Entertainment Tonight’s audience, Pedretti said of her character’s demise, “You know, if you’re going to go, you want it to be distinctive.” “The way it all happened was undoubtedly awful, sad, and disturbing, but I already knew I was going to die, so it wasn’t a surprise.

But discovering how exactly was unexpected.” She claimed that she has no control over whether or not she goes back, therefore it is unclear whether she would follow Joe to Paris.

The Talks On Social Media About YOU Season 4

Fans are eagerly anticipating YOU season 4, and one of them makes the assumption that Joe will only be shown drinking tea and playing with kittens in this episode.

The latest images of Penn Badgley & Charlotte Ritchie on the set of YOU season 4 have delighted fans. These tweets demonstrate how anxiously viewers are anticipating the forthcoming season of the suspense television program YOU.

YOU Season 4 has a very quick teaser trailer but no complete trailer as of yet. The clip, which was made public prior to the release of YOU Season 3 on Netflix, capitalizes on Joe’s “for you” ramblings to past loves Beck and Love (as well as adversaries like Peach) with “4 you” and “You 4.”

As we previously stated, Joe is currently in Paris after killing Love, who, to be fair to him, initially attempted to cut his neck. But once more, he was able to escape the situation and break free from the constraints of matrimony.

The only drawback was giving their neighbor Dante and his spouse custody of their kid Henry, even though he knew that this was ultimately in Henry’s best interests. (We can’t claim he’s incorrect.)

When we last saw Joe, he was going by “Nick,” and he had just arrived in Paris to look for Marianne, who is a native of that city. The majority of YOU season 4 is expected, as far as we know, to take place in London, with a little portion of the season momentarily taking place in Paris.

Although there are now enough ghosts in Joe’s history for him to be properly tormented this season, no more storyline specifics have been made public.

Sera Gamble talked about what might happen if Joe left Henry behind for the next season. She stated to E! News: “You can’t pretend that a character’s life changed in such a significant way.

I believe it will influence him to move ahead. We will meet and talk for hours and hours and hours between snacks about everything, including his specific plan for when and if he would return for his son.”

As is the nature of the show, another murderous incident is very probably in the works, especially if the most recent set photos from back in June are to be believed. The pictures show Badgley’s Joe on a beach tossing trash bags into a river or the ocean. It means something very different to “take out the trash.”

There has been no official release on the episode guide for YOU season 4, although there are 10 episodes in total in each of seasons 1, 2, and 3. Thus, although nothing has been announced as of yet, it is expected that season 4 will similarly have 10 episodes.

According to Badgley, Joe might feel more liberated briefly across the pond, but she adds, “He is attempting to change because the issue is internal to him rather than external.” He never stops attempting – and failing – to attempt.