Moon Knight released! everything you need to know 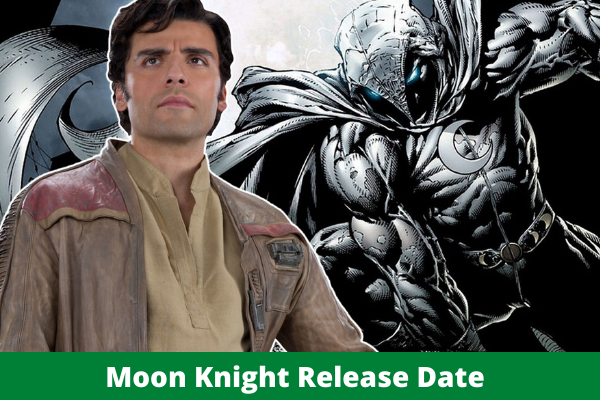 After writing about ‘Ms. Marvel and ‘She-Hulk,’ it’s easy for me to see why the anticipation for these three films, as well as the intrigue around them, is so strong.

The primary reason for this is because, unlike the first two, Moon Knight is a relative newcomer to the Marvel universe, which adds to the intrigue.

To put it another way, the introduction of Moon Knight to the MCU has the same potential to flip the MCU on its head as the 2016 release of “Doctor Strange.”

‘Moon Knight’ may enable Marvel to explore tonally, something they haven’t done before, with magic, different identities, and realms.

If you’ve ever wondered what Batman might look like if he had werewolves and deep-rooted mythology, this may be the answer.

let’s look at some of the character’s mythology to see what Marvel’s plans are for the character and his TV show. Continue reading.

There have been reports that Disney Plus would debut its first program, Moon Knight, in February of this year. but it was released in march 2022.

The safest and most apparent method to get a sense of the plot’s direction is to look into Moon Knight’s backstory, as origins play a big role in any new character’s development.

Marc Spector, the son of a Jewish-American Rabbi and future heavyweight boxer, is the Moon Knight’s alter ego. In the future, he joins the U.S. Marines and then becomes a mercenary, sometimes even working for the Central Intelligence Agency (CIA), where he receives the bulk of his military training.

The most intriguing element of Raoul Bushman’s origin story is when, while working with an African mercenary, he stumbles onto an old Egyptian temple at an archaeological dig site, where he is escorted before the statue of Khonshu, the Egyptian Moon God.

Khonshu meets him in spirit form and offers to resuscitate him if he agrees to become the god’s incarnation on Earth.

Because he met with Khonshu, the moon deity, the Moon Knight obtained numerous personas as part of his “supernatural” abilities.

Several separate comic arcs have dealt with his “dream-like” apparition of Khonshu as part of his fragmented identities and whether or not his meeting was genuine, an emotional conflict that should be handled in the series. His abilities, on the other hand, are unquestionably genuine.

However, unlike our other superheroes, their abilities fluctuate with the moon’s phases, with the greatest manifestations occurring during a full moon and vice versa.

That seems like something that would make for some compelling television. Similar to Kryptonite, but in bi-monthly cycles of depreciation. Even if I am overthinking it, it’s easy to understand how this may easily be one of the most original features of the Moon Knight’s narrative.

Unlike She-Hulk and Ms. Marvel, who often face up against the more well-known foes of their franchises, the Moon Knight has an impressive roster of villains of his own. It is based on everything we’ve seen so far in comic book movie adaptations.

There would be enough material for the creators to work with to grow into Marvel’s classic six-episode miniseries. It would give them more freedom to work on other areas of the show, like the aesthetics, which I believe will play a significant role in the conclusion.

It features Morpheus, Midnight Man (obviously), Black Spectre, and Raoul Bushman. While the mythology here is certainly vast, there must be a clear connection.

A superhero’s allies are just as crucial as their enemies. Frenchie, or Jean-Paul Duchamp as most well-known, is Spector’s best buddy and Spector’s French pilot’s closest friend.

Before becoming the Moon Knight, in Spector’s past, Frenchie would command an influential position as a mercenary, doing several daring missions with him.

However, none compare to the friendship between Spector and Frenchie, despite the presence of Marlene Alraune and Bertrand Crawley.

I can only see the ‘Moon Knight’ TV series fitting into the present scheme of things and leading someplace if it directly links with the forthcoming ‘Doctor Strange: In The Multiverse of Madness’ movie.

Aside from Strange’s realm, the MCU has no other subuniverse or mini-mythos that allows for the growth of magical and mystical mythology quite as this one does.