In news that came as a shock to all Euphoria fans, Barbie Ferreira,...
HomeEntertainmentRush Hour 4...

Rush Hour 4 Expected Release And Everything We Know 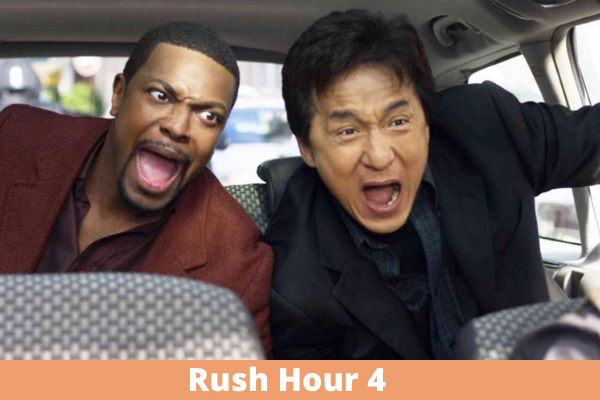 In addition to the apparent enthusiasm and hoopla around the return of Will Smith and Martin Lawrence to the big screen after an 18-year absence, I noticed a growing desire among fans for another buddy police comedy to be brought back: the ‘Rush Hour series.

A fourth film is long overdue, and although practically every other property from the early-2000s era has been resurrected in some form, this one is still in the running even though the fan base and recall value are at an all-time high right now.

A sequel to this series has been knocked down instantly every time an internet rumor has appeared, either by the film’s creators or the people involved directly.

Is there finally going to be the fourth film? It’s still up in the air. However, it seems like there is a script that is always being updated someplace.

Even while there are still problems behind the scenes with the project’s development, the lead actors seem to be on board and eager to make a fourth picture, something we’ll go into more detail about in the next parts.

Here’s everything we know about the expected “Rush Hour” sequel without further ado.

Rush Hour 4 – When It Will be Release?

Rush Hour 4 rumors have been circulating for a long time, but there is no official word on its development status as of this writing.

Look back at the anticipated sequel’s history now. In October 2017, Jackie Chan announced that he had agreed on a script for the picture and added that they were waiting for Chris Tucker to sign off on the screenplay.

Earlier this year, Tucker announced that he would be working on Rush Hour 4.

Production had been scheduled for 2018; however, for some unknown reason, this did not happen.

Tucker gave us another update in January 2019, saying that the script is currently being reworked.

“To go into production, we’re currently working on a few script issues, but we’re still working hard on it. We’re trying to bring it together because Jackie Chan wants to do it, I want to do it, and the studio wants to do it, “Tucker” stated on the podcast “Winging It.”

When Tucker posted a picture of himself and Chan holding up four fingers in April of this year, people were ecstatic.

Rush Hour 4 might be released soon if development is underway by early 2021. Given the present state of the picture, this might be postponed for some time.

Rush Hour 4 casting details have yet to be released, so we’ll have to wait for further information. Actors Jackie Chan and Chris Tucker need the fourth film in the series if the franchise is complete.

The two characters are the sole constants in the show. As a result, the sequel is likely to have many new characters.

After appearing in the first and third films, Tzi Ma, who portrays Ambassador Solon Han, may return.

When it comes to Soo-Yung (Han’s daughter), Julia Hsu and Zhang Jingchu were both in the cast. However, they were played by different actors based on their films.

Unfortunately, we haven’t yet seen any behind-the-scenes video due to the lengthy delays, but we wouldn’t be shocked if there were any when production begins.

As a result, Chris Tucker expressed excitement about joining the cast of the upcoming fourth film in the franchise in early 2018, confirming its existence. It is taking place.

Rush of all Rushes, here we come. Fans went into another frenzy when Tucker said, “Jackie is ready, and we want to do this so that people don’t ever forget it,” which was quickly dispelled by Chan’s PR firm, who indicated that the film was not in production at all.

According to what we know, the film is still “in development” despite all the behind-the-scenes activity that may or may not be public knowledge.

However, it has also been speculated that a Bingbing Li-starring “Rush Hour” revival is now being developed, although there has been no news on this either.

There were also problems with Brett Ratner’s spinoff TV show that was canceled after one season, which worsened matters.

Assuming the film does come to fruition, the following section of the essay is expected to concentrate on several potential outcomes.

The appeal of the ‘Rush Hour’ genre, or any other buddy-cop film, has always been the friendship between the two characters set against one other: in this instance, the fast-talking James Carter and the no-nonsense Chief Inspector Lee, who are both cops.

We’ve been eagerly awaiting the opportunity to see their on-screen chemistry, but there’s a good possibility we’ll have to settle with just the trilogy.

As a result, many people are eager for a sequel since the threequel didn’t provide a feeling of closure that would enable them to put the series to rest.

A trilogy is a sure bet in Hollywood. Still, even with detectives Lee and Carter practically declaring their retirement plans to settle in Fiji and work as bartenders, the third picture left plenty of potential for sequels, which is sensible.

If there is a fourth, I’d want to see a melancholy, final wrap-up. As far as I know, there are no more story specifics to speak about at this time.