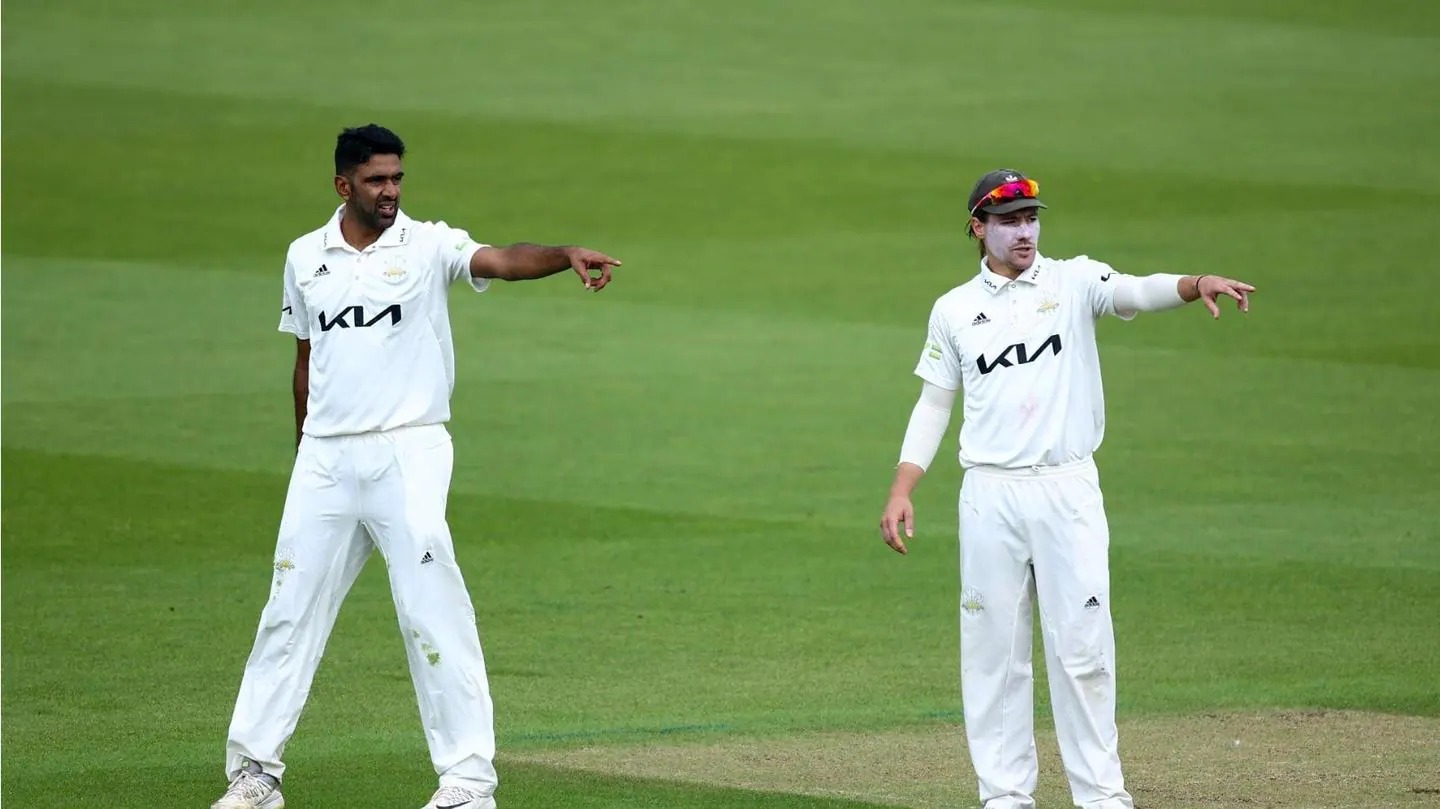 Veteran Indian off-spinner Ravichandran Ashwin made his County Championship debut for Surrey last Sunday. He decided to play this match in the middle of the break given to the Indian players. Ashwin has decided to play county to prepare for the five-match Test series against England. During this match, Ashwin has also made an excellent record in his name.

Ashwin took a brilliant wicket in the match.

This will be Ashwin’s first match for Surrey and his only one for the season as Ashwin will gather after this match and the rest of his teammates to prepare for the series against England. Even before this, Ashwin has participated in the county. He has played county matches for Nottinghamshire and Warwickshire. He is the sixth Indian player to play for Surrey.

The Indian team will play a three-day practice match

The Indian team will play a three-day warm-up match before the Test series, which will be given a first-class game. This practise match can be played between July 20-22. As per the earlier schedule, no practice match was scheduled before the Test series. However, the Indian team management and BCCI had demanded some first-class matches. An ECB spokesperson had said that the board is acting on the request of the BCCI.

Also Read: Djokovic equals Federer-Nadal in winning the Grand Slam; look at the figures of all three