David Crosby Net Worth At The Time Of Death, Bio, Career, And More 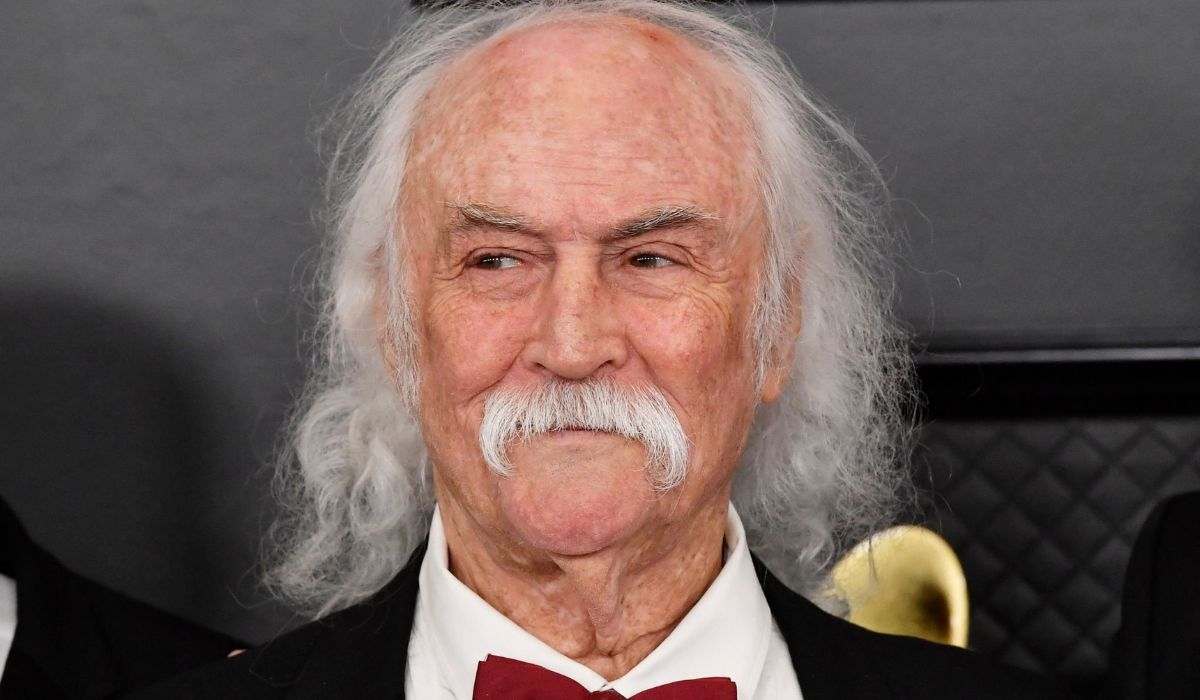 The legendary singer-songwriter David Crosby passed away at the age of 81, leaving behind an estimated net worth in the millions. The undisputed master of music who garnered a plethora of fans across the globe for his astute in handling music in his own unique way. It was indeed a bit of sad news that this legend of music died on January 18, 2023, at the age of eighty-one.

David Van Cortlandt Crosby was born on August 14, 1941, in Los Angeles, California, US. He was born to well-known parents of a great family, Floyd Crosby and Aliph Van Cortlandt Whitehead. He has an elder brother Ethan Crosby, who is also a prolific musician. David Crosby is the father of James Raymond, whom he shares with Celia Crawford Ferguson.

The resounding musician, guitarist, singer, and songwriter David Crosby’s net worth was estimated at $10 million at the time of his demise. David Crosby is best known for being the co-founding member of bands named Byrds and Crosby, Stills, and Nash. He managed to accumulate much of his wealth from his music career and left a handful of wealthy amount.

David Crosby, before making his own space in the industry, was best known as the younger brother of musician Ethan Crosby. Both of the Crosby boys grew up in California, and David attended several schools such as the University Elementary School in Los Angeles, the Crane Country Day School in Montecito, and Laguna Blanca School in Santa Barbara. But things turned pretty weird, his parents got divorced, and later his father Floyd Crosby married Betty Cormack Andrews.

Even though David Crosby never got graduated, for a brief period of time, he pursued drama at Santa Barbara City College. But later he found his passion outweighed music and drop out of his drama studies.

David Crosby joined the band Byrds back in 1964. The band witnessed their major success in April 1965 with a cover of Mr. Tambourine Man, by Bob Dylan. David Crosby was lucky enough to join the first five albums of the band and he later produced the original lineup and made the reunion album in 1973.

The band was named Crosby, Stills, and Nash and it included the talents of David Crosby, Stephen Stills, and Graham Nash. after their debut album was released, the band won their first Grammy award for Best New Artist of 1969, and this gave the incipient talents to flourish more.

Another member named Neil Young joined the Crosby, Stills, and Nash band and they started their second stupendous concert, Woodstock. After their concert, the band went for their second album named Deja Vu.

Their band was meant to have no rules and the members could be collaborating freely. So David Crosby and Stephen Stills had the opportunity to record their magnum opus works in the 1970s. At the same time, the core trio of the band remained very active from 1976 to 2016.

The band had their reunion in each decade from the 1970s through the 2000s and they were highly acknowledged by the whole world for their invigorating talents. Some of the major songs penned or co-written by David Crosby include Lady Friend, Everybody’s Been Burned, Why, and Eight Miles High with the band Byrds.

Back in 1966, when their band’s most important songwriter, Clark decided to leave their group all alone in the hands of other members, the responsibility to write the songs was on the shoulders of McGuinn, Crosby, and Hillman.

So when the band had to face an uncanny predicament, David Crosby decided to take the opportunity to hone his acuity in writing songs, and soon he became the prolific songwriter of their band. Sooner or later, friction started between the other members and David Crosby started in the mid-1967.

Tensions between the members of the band became high, When David Crosby’s onstage political diatribes and support of John F Kennedy’s assassination conspiration theories between and the songs paved a way for rancor from McGuinn and Hillman.

David Crosby’s actions later annoyed his band members and he decided to step out from the band. Later in 1973, David Crosby had a chance to reunite with the original band Byrds and recorded an album named Byrds, and Crosby was the album’s producer. So it was during this time David Crosby met Stephen Stills who was unemployed at that time. So the duo started meeting very formally and when Graham Nash came into the frame, the new band was formed.

David Crosby had a romantic relationship with Celia Crawford Ferguson, and they both share a son named James Raymond in 1962. It is all the more interesting that his son Raymond performed with his dad on stage and even in their studio.

David Crosby is the father of other three children other than James Raymond. He had a relationship with Jackie Guthrie and shares a beautiful daughter named Erika. Another daughter, Donovan Crosby with his girlfriend Debbie Donovan, and a son Django Crosby and he shares his son with his former wife Jan Dance.

David Crosby was forty-five when he married Jan Dance back in 1987. The most shocking news to David and to the world was his brother Ethan, who taught David how to play guitar and pushed him to start a musical career on his own, committed suicide.

However, David Crosby was the sperm donor, for the children of Melissa Etheridge and her partner Julie Cypher through artificial insemination.

David Crosby died on January 18, 2023, and tributes were overpouring when the death news hit the world. The cause of his death is unknown, he died at the age of eighty-one. However, David had a liver transplant and his addiction to drugs may have made his health deteriorate. Anyhow, the world just lost the giant soul of musician.