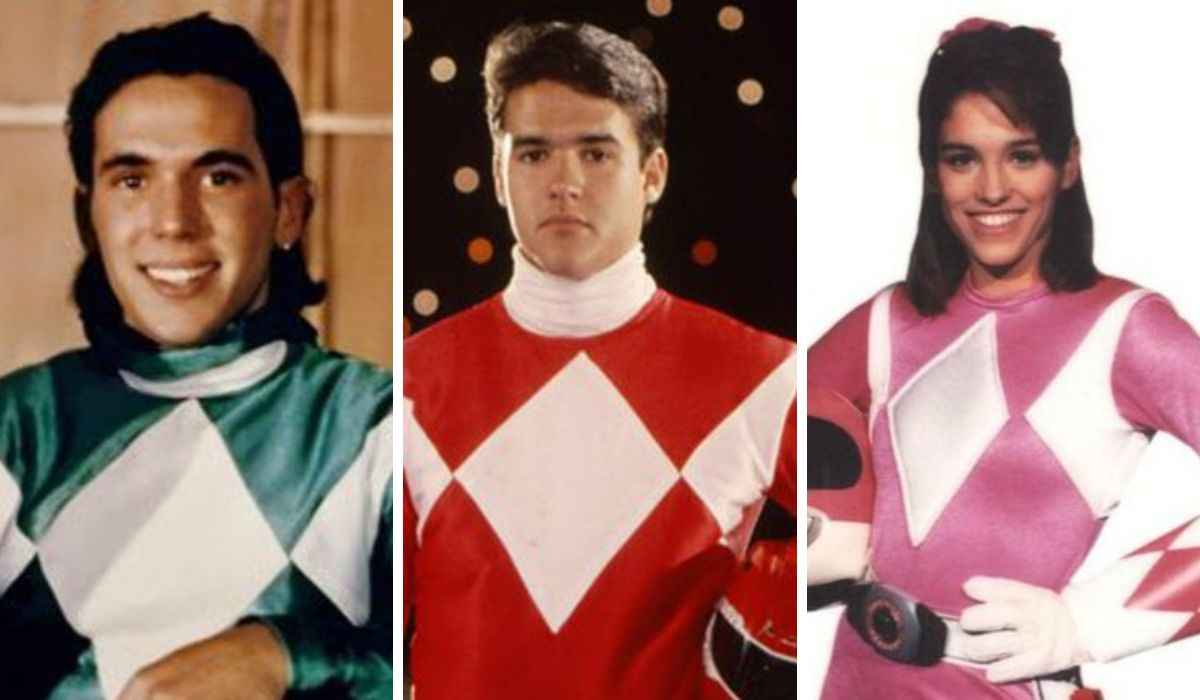 Mighty Morphin Power Rangers Cast- Where Are They Now?

Originally named Jason Lawrence Geiger and professionally known as Austin St. John, is an American actor who is best known for his portrayal of Jason Lee Scott a.k.a the Red Ranger in the original Power Rangers television series titled Mighty Morphin Power Rangers. Austin was just a teenager when he was cast as the superhero.

Just like acting, Austin is also well-trained in martial arts, which helped him to deliver a better performance a the Red Ranger in the series. Austin reprised the role of the Red Ranger in many different series and movies that followed.

Other than his role in the famous series, Austin played the lead role in the 2022 movie titled ‘Tres Leches,’ which was directed by John Schneider. Being a trained martial artist, Austin holds a second-degree blackbelt in Taekwondo, a first-degree blackbelt in Kenpo, and a first-degree black belt in Judo. Austin was associated with fraud charges related to CARES Act, for which he is still legally bound and is under supervision.

He is the only Power Ranger of the original cast who remained throughout the entire series. The role of Billy Cranston was very crucial as he was seen as the brain of the gang and helped the gang to design some of the most useful gadgets that helped them in their fight with the evil gang.

According to the words of David Yost, he had faced many problems in the sets of the series that followed h MMPR due to his sexuality. After leaving the series late in the fourth season, it was rumored that Yale left the show due to issues regarding his pay but later, in 2010, it was revealed by the actor the reason why he left the show was that attitude of the producers, who used to humiliate him based on his sexuality.

He even accused them of using derogatory terms to address him. The latest news regarding Yost is that he will be making a return to Power Rangers franchise for the 30th anniversary special, along with the actor Walter Emmanuel John, who played the role of the original Black Ranger.

The name Jason David Frank is remembered by his fans and co-stars with a heavy heart as the actor was reported dead by his manager on Sunday. Jason who is famous for playing the Green Power Ranger named Tommy Oliver was born on September 4, 1973, in California. Tommy Oliver was the main character in the MMPR and the four installments that followed the series. The role of the Green Power Ranger was a huge hit among its fan and Jason was brought back into the show as the White Power Ranger too.

Apart from the Power Rangers installment, Jason also made many appearances in different shows and he announced his retirement from the franchise in 2022. Jason was also very skilled and well-trained in martial arts like Taekwondo, Brazilian Jiu- Jitsu, and so on.

Walter Emmanuel Jones is an American actor, martial artist, and dancer, who is best known for his role as Zack Taylor who is the Black Power Ranger in MMPR. Jones was born in Detroit on November 30, 1970.

Apart from the Power Ranges series and movies, Jones appeared in some popular shows like Family Matters, The Teenage Witch, Buffy the Vampire Slayer, and many more. It is known that the actor got married to a woman named Lisa Jones but much about her or their relationship is not made public by the star. He has also not recognized himself as a father yet.

5) Thuy Trang as Trini Kwas a.k.a The Yellow Power Ranger

Thuy Trang passed away on September 3, 2001, in a tragic road accident. She was traveling along with her friend Angela Rockwood. Another friend of  Thuy Trang was driving the car, and the car lost its control after getting struck by some loose gravel on the road.  Thuy Trang suffered some serious injuries from the accident. Even though she was taken to the hospital soon, she died on her way to the hospital.

Amy Jo Johnson played the role of the Pink Power Ranger named Kimberly Hart for bout three years before he was written off the show, to participate in the Pan Global Games. Amy was born on October 6, 1970, in Massachusetts and she took up gymnastics from a very young age. Other than being a popular actress and gymnast, Amy is also famous for her roles as director and son-writer. Amy got married to Oliver Giner and they both had one child together. She got divorced from him in 2017 and today, Amy resides in Canada.