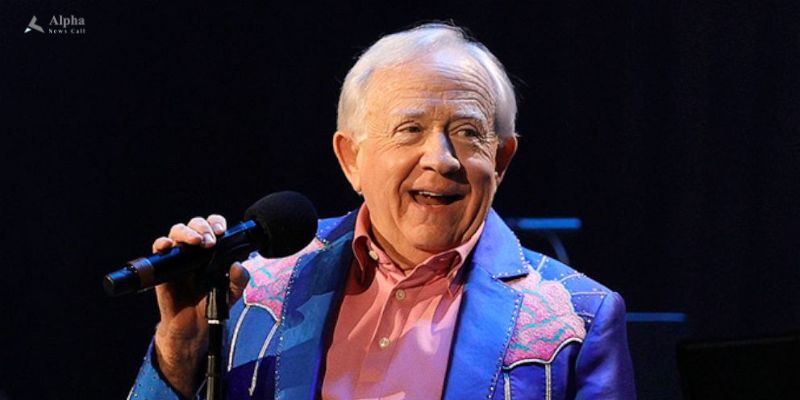 Famed character actor and social media sensation Leslie Jordan passed away in a fatal car crash in Los Angeles on October 24. The accident is said to have happened following a medical emergency that caused his BMW to slam into a nearby building on Monday.

The deceased actor had a long career in the entertainment industry and he was both active in television as well as films. He appeared in several shows and successfully made a fortune on the way. So, what was Leslie Jordan net worth at the time when he breathed his last?

The beloved actor Leslie Jordan net worth as of 2022 was $2.5 million. He was born on April 29, 1955, in Chattanooga, Tennessee and after almost 28 years, he moved to Hollywood California.

“I got a bus in 1982 from Tennessee and I had $1200 in my pocket. I arrived in Los Angeles and found West Hollywood, which is where I currently live,” Leslie Jordan said in an interview with the Guardian.

After arriving in LA, Leslie Jordan was arrested several times due to his involvement in drug cases. Apparently, journaling helped him get out of the mess and he managed to escape from his addictions by 1996.

Since Leslie Jordan served as an assistant to Carolyn Barry, he got great connections and was featured in a number of commercials. After that, he was seen as the character “Earl’ in Sordid Lives. Apart from pursuing a career in acting, Leslie Jordan was also interested in writing and thus he was an accomplished copyright as well. He then went on to star in the autobiographical play titled, “Lost in the Pershing Point Hotel,” which was later reprised as a movie.

People might know him as a television actor and that is because he was a more familiar face on TV, appearing in many shows including American Horror Story, Murphy Brown,  Star Trek: Voyager, Lois & Clark: The New Adventure of Superman, Nash Bridges, Boston Public, Caroline in the City, Reba, Boston Legal, and Pee-Wee’s Playhouse.

How Did Andreas Frey Die? German Bodybuilder’s Cause Of Death!

However, Leslie Jordan’s breakthrough role was Will & Grace’s Beverly Leslie, Karen’s sexually ambiguous rival in the show. The Emmy-winning actor also did a side role in Call Me Cat on Fox.

However, if you ask us what was Leslie Jordan’s source of income, we cannot stay put but say that the tremendous popularity he surged during the pandemic on social media platforms was more than enough to make his earnings skyrocket. Literally, the man went from 50k followers to 5.7 million in just a short period with his goofy and funny videos.

“It was obsessive for a while, ”Leslie Jordan said to NBC News. “And, I thought it was ridiculous. You know, it almost was like, if it didn’t happen on Instagram, it didn’t happen at all. And I thought, ‘You are 65 and not a teenage girl or something.”

In Megan Mullally’s Karen Walker, Leslie Jordan portrayed a flamboyant frenemy, Beverly Leslie, since 2001. He reprised the role again when the show was rebooted for another three seasons.

In addition to that, Leslie Jordan was also better known for his role in Ryan Murphy’s anthology series “American Horror Story.” He started appearing in the series in its third season. He then returned for AHS season 6 and after a hiatus, Leslie Jordan appeared in season 9, where he played killer Margaret’s assistant, wearing complete retro attire.

In 2020,Leslie Jordan played Phil on Mayim Bialik’s Fox comedy Call Me Kat. Back in 2011, the famed actor had a groundbreaking role as Mr. Blackly in The Help.

How can a person be good at acting, humorous as well as great at singing? In 2021, Leslie Jordan released his debut album, “Company’s Comin,” featuring duets by Eddie Vedder and Dolly Parton. When asked about his experience while working on the album,Leslie Jordan said,

“The song that I did with Dolly Parton went back and forth sometimes. She is a musician and an artist, so she takes it so seriously. There was this one that I couldn’t hit.”

In an exclusive interview with Esquire, the host asked him about his potential in winning a Grammy Award.

“Oh, my God! A Grammy? I don’t know, maybe a funny thing,” he said and chuckled.

At the age of 67, the iconic actor Leslie Jordan died in a tragic car accident on October 24, 2022. Reportedly,Leslie Jordan was driving through Hollywood when his vehicle crashed into the side of a building. Experts said that Leslie Jordan must have gone through a medical emergency while driving, leading his BMW to slam.

Leslie Jordan’s manager in a statement with In Touch said, “The world is definitely a much darker place without the light and love of Leslie Jordan.” He added, “Not only was he (Jordan) a mega talent but also provided an emotional sanctuary to the people of the nation at some point. He was generous and great as a son, brother, comedian, artist, partner, and human being. The only solace one can possibly have today is that he left the world at the height of both personal and professional life.”

The American actor, producer, and comedian, Sean Hayes tweeted, “ My heart is broken. Leslie Jordan was one of the funniest people I ever had the pleasure of working with. Everyone who ever met him loved him. There will never be anyone like him. A unique talent with an enormous caring heart. You will be missed, my dear friend.

The American actress Mayim Bialik wrote, “They broke the mold when they made Leslie Jordan. He was a dear mentor and a beloved friend. I will miss him so much- it’s unimaginable he’s gone. Rest well, sweet buddy.”

Another fan wrote, “You were the light we needed in a dark time. RIP Leslie Jordan. A second one chimed in and said, “Rest in Peace to American Horror Story veteran Leslie Jordan. He brought such a bright energy to every scene.

Mia Khalifa is one of the astoundingly hottest former adult film stars who is now a social media influencer and webcam model who has hordes of fans across the globe. Now the latest news related to Mia Khalifa is...
Movies

Avatar 2 will be released in 2022, more than a decade after the first film. After months of merely being referred to as Avatar 2, a title was revealed in April, and we now know that fans will be...
Actors