Joey Defrancesco, the munificent Jazz Organist, saxophonist, and trumpeter of America died on...
HomeActorsWho is Dwayne... 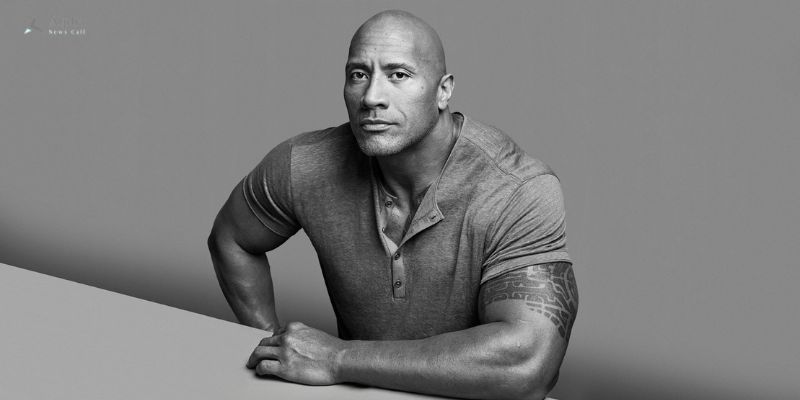 Dwayne Johnson, better known as “Rock” is a former WWE champion and actor, whose endurance and charisma have made him admired by many of the other big names including John Cena and Ric Flair. In fact, they dub Dwayne Johnson the Mount Rushmore of Pro Wrestling.

Rock was heavily promoted as the face of the wrestling world and thus his career began skyrocketing ever since. Now, he owns a career full of box-office hits which have enabled him to become the king in both industries.

Do you get pumped whenever someone talks about Dwayne Johnson (or do you only prefer calling him Rock)? We bring you some exciting details about Rock’s net worth, weight, height, relationships, and more. Without further ado, let’s dig in.

As we all know, Dwayne Johnson is a massive name in the professional wrestling circuit as well as in Hollywood. Arguably, he is one of the highest-paid celebrities of today as his paycheck for each project is no joke. He is an actor who has claimed international success, earning fortunes every while. For Black Adam alone, he was paid nearly $23 million.

As of 2022, Dwayne Johnson stands as the fourth highest-paid celebrity, with a net worth of $800 million.

Apparently, his other sources of income include an additional seven-digit figure for his social media promotional posts. His Instagram account is one of the world’s most-followed Instagram accounts. The tycoon has several other income-generating sources such as his Under Armour collaboration, Project Rock, and his tequila brand Teremana.

How Did Dwayne Johnson Become a Wrestler?

Dwayne Johnson by name The Rock was born on May 2, 1972, in Hayward, California. He was born into a professional wrestling family with his maternal grandfather, Peter Mavia, “High Chief” was in the scene during the 1960s and 70s. As for his father “Soulman” Rocky Johnson, he worked in the American regional wrestling circuit and he also boxed in 1974. Johnson was a sparring partner for George Foreman – two-time world heavyweight champion- then along with the American professional boxer, Muhammed Ali, he had plans regarding “The Rumble in the Jungle.”

However, the younger Johnson did things that were a dream for his fathers. He was a standout high-school athlete and he even went to play in the 1991 NCAA Championship football with a team at the University of Miami. But, Johnson didn’t find a sparkling career in the Football League so he pivoted to wrestling.

Much like his appearance, Johnson is stronger and more agile and when combined with his impeccable microphone skills, he made his WWF (World Wrestling Federation) in 1996.But before delving deep into the career scene, don’t you want to know why Johnson is called as The Rocky? Out of respect to his father and grandfather, Johnson adopted the name Rocky Mavia when he made his debut in the WWF.

After a few months of exposure, Johnson won the WWF International title. His aggressive push triggered a backlash from fans but ended up gaining more popularity in the end. Eventually, his breakthrough came in 1988 when he fought an array of high-profile feuds with the greatest stars in the WWF, leading the way to bag his first world championship title.

Since Dwayne Johnson already had garnered traction from millions, he was backed by fans everywhere. At World Wrestling Entertainment, his name was enlisted in many of the tournaments including Smackdown, Wrestle Mania, and others.

Johnson exited from the same Entertainment community in 2004 and took a hiatus until he returned in 2011 when he fought against John Cena. Although the two were supposed to be fighting against each other at the Survivor Series, they teamed up to face each other in a tag team match.

Matt Ryan Net Worth- How Rich Is The Quarterback Player?

Johnson and Cena’s Wrestle Mania 28 match received the highest pay-per-view buy rate which forged NBC to televise it. Apparently, they have also sold it on Blu-ray.

After filling his bag, Dwayne Johnson retired from Wrestling in 2019.

The unmatched charm that Johnson exhibited on the ring translates smoothly to the big screen. Johnson’s role in The Mummy Returns signaled a new milestone in his career. Unlike all the other professional wrestlers, Johnson was easily the most successful.

Johnson also served as a voice artist in Moan (2016)- Disney’s animated film. In 2017, he starred in Chris Van Allsburg’s Jumanji: Welcome to the Jungle and the comedy TV series Baywatch. His 2018 movie, Skyscraper, was a huge success among family audiences as his character was that of a father who goes to great heights to protect his household.

Johnson then starred in Jumanji: The Next Level – a sequel to the 2017 version and Fast and Furious Presents: Hobbs & Shaw – a spin-off.  In 2021, he went on to star alongside Emily Blunt in an action comedy movie Jungle Cruise.

Dwayne Johnson is a great persona whose personality as well as bodily features are magnificent enough to mention him as one of the most talented wrestlers at the WWF. He has been an influencer for many men aspiring to achieve a muscular and appealing figure.  Johnson has a different fan base for his unbelievably large biceps. His chest size is 50 inches, his biceps are 20 inches, and his waist is 35 inches. The herculean body he owns is a result of the sweat he shed at the gym. Apparently, he starts his sessions with workouts that target particular areas on different days.

In order to maintain his athletic build, Dwayne consumes around 6000 calories a day. He eats six meals that are rich in carbohydrates and proteins. However, Sunday is a cheat day for Johnson as well as he feeds his soul with treats on that day.

He is one of the billions who have dark brown eyes and pitch-black hair color.

Has Dwayne Johnson had Plastic Surgeries?

Plastic surgeries are more common in this era as people want to try their best to be confident. Dwane Johnson is no different from the category. Apparently, his excessive workout schedules might have grown man breasts for which he considered breast reduction surgery.