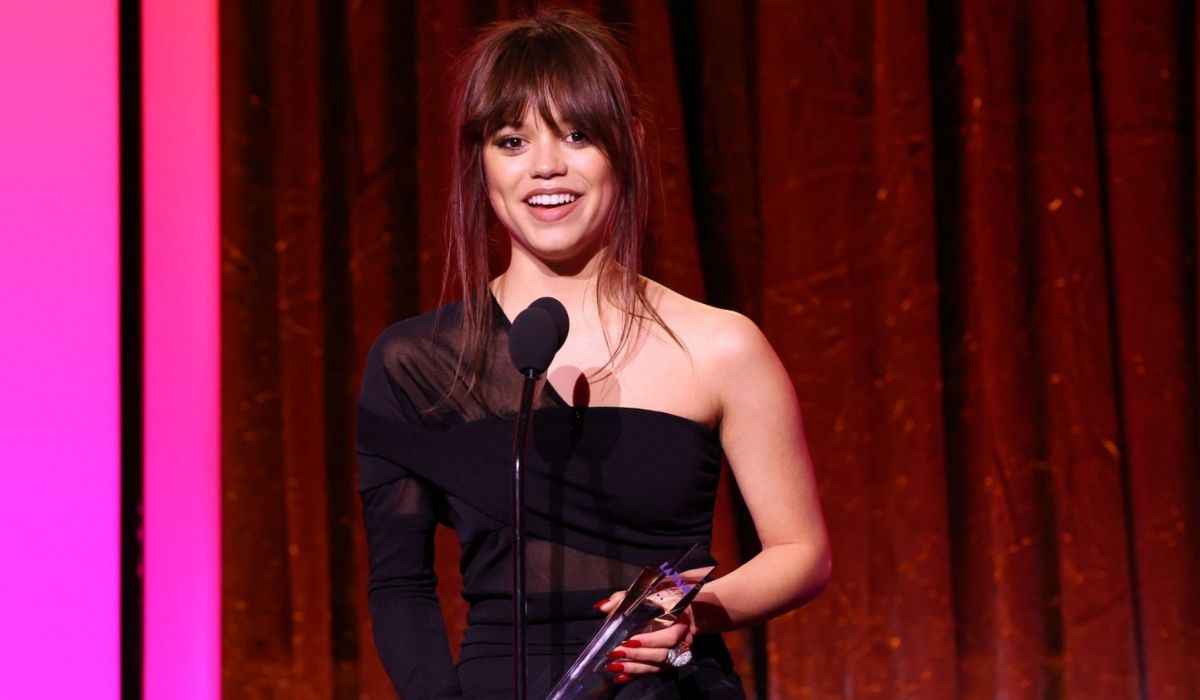 Jenna Ortega is one of the most effulgent rising stars of the industry who just rose to prominence for starring as Wednesday Addams one of the most riveting roles that she had ever portrayed, in the comedy horror Netflix series Wednesday. She has just managed to swoon into the lives of the audiences within the blink of an eye. So let us take a walkthrough of the early life and career of this astonishing actress.

Jenna Ortega is the cutest and most exquisite star in the industry who was born on September 27, 2002. She is now at her golden vibrant age of twenty with a handful of projects waiting for her. She was born on the outskirts of Coachella Valley, California, US. Natalie Ortega is the mother of Jenna and she is the fourth of six children. More details about her family, and parents are not quite in handy.

Jenna Ortega, the promising and deadly talented actress who has hordes of fans across the globe really has a handful of hefty wealth. Her estimated net worth is $3 million and she has gained such a handsome amount from her resounding acting career. So over the last couple of years, she got the opportunity to star in several films and series which really raised her wealth considerably.

Jenna Ortega was born in 2002, her parents were of Mexican and Puerto Rican ancestry. Jenna had developed her interest in acting at a very tender age due to her career, she once said that she missed her traditional way of childhood days.

She was not a child who could enjoy a normal childhood just by experiencing the typical school life and attending prom and graduation which was teenage milestones. She really repents for missing the traditional life.

Harboring a deep passion for acting at the very tender age of six, Jenna Ortega was really looking forward to an amazing acting career. With the help of her mother, Jenna began to receive calls for several auditions by the age of eight. So the acting debut of Jenna Ortega was in 2012 as a guest appearance in one of the episodes of Baby Bug.

Her other shot was by portraying the role of Aimee Moore in CSI: NY on the episode ‘Unspoken’. After that, her film debut was in 2013 with a minor role in the highly remarkable movie Iron Man 3 and the role she got was to be the daughter of the Vice president.

So after getting the opportunity to star in one of the resounding movies, the next shot in her career was waiting for her in the name of a horror movie named Insidious: Chapter 2 and she acted in the second franchise of the same film as Annie. Both of the films were massive hits at the box office.

After reigning in these films Jenna Ortega turned into a series and she was cast in Rake in the role of Zoe Leon. furthermore, Jenna played the vibrant younger version of Jane on the romantic-drama series Jane the Virgin which really gave great exposure to her acting career. After that, her next venture was in 2014 where she appeared in a direct-to-video comedy film titled The Little Rascals Save the Day.

Jenna Ortega’s next work really plays a predominant role in her career as she was cast for the series Richie Rich which was the Netflix original series. Her transition to mainstream roles was with the film Saving Flora and played a leading role as the daughter of a circus owner. Quite surprisingly the film garnered positive reviews and Jenna Ortega was happily praised for her mind-blowing performances.

After that, another major role came knocking at her doors in the form of You, a Netflix original series, and she was cast in the main role of Ellie Alves, released on December 26, 2019. So she had quite the experience while working with the whole crew of the You series and it really had a great effect on her career.

After that Jenna Ortega was cast as Phoebe in another Netflix horror movie titled The Babysitter: Killer Queen in 2019.

After starring in several other films and series, the breakthrough was when the high-school drama film named The Fallout. So the film received umpteen positive reviews from several critics and this really paved other ways that really made her career rose to prominence. Horror films truly float her boat and many of her horror films received great acknowledgment.

So now she is standing where is capable of leading the titular role of a series. 2022 really gave her a new ray of hope and it came in the form of Tim Burton’s Wednesday series.

Netflix is one of the predominant platforms where an actor could get great exposure. So the series has received a plethora of positive comments and reviews and thus the role really gives a remarkable space in the industry.

Jenna Ortega recently stated that she is looking forward to taking more nuanced roles so that it could really make it challenging to pull off so that she can evolve as an actor through each role. More than portraying the role of a younger girl Jenna is more comfortable and is capable of depicting more mature roles and Jenna says that she is more comfortable in horror works.