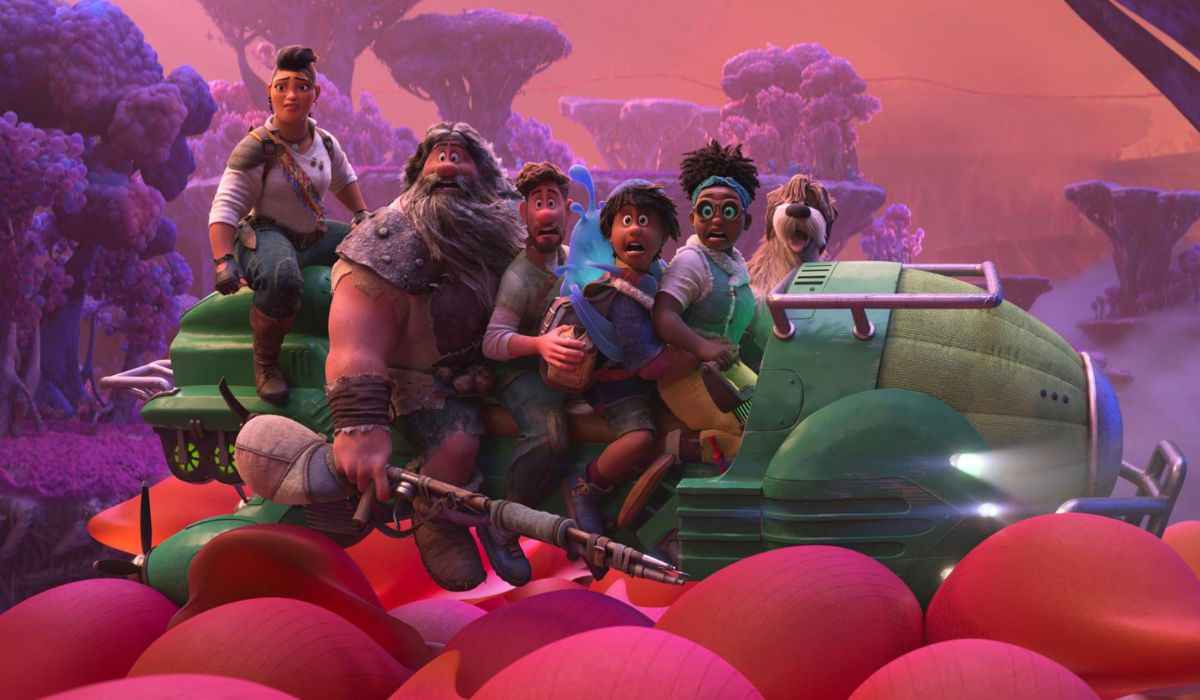 Strange World the newest venture of Disney’s animated movie franchise really bombed at the box office which was not anticipated by the creators even in their nightmare. The estimated loss of this animated movie is $147 million and it really made an uncanny predicament all over the world. So it is not fair to cry over the spilled milk, but let us dwell on it and see how it became crushed at the box office.

So the new animated movie Strange world really became a flop and it gave a constant slap in the face of the animated teams. This movie was their toil for long seven years and now it has witnessed the most excruciating situation.

When we have a deeper look at what really happened at the box office, the fundamental reason was the way in which the movie handled the LGBTQ. So the LGBTQ furor has started and they are deeply wounded by how the film handled the topic and the crowd says this might have been the plan all along.

The animated movie came out this weekend with deplorable ticket sale numbers and it was really a piece of shocking news to the creators of the movie. Over the weekend it is estimated that $18.6 million over the day 5-day weekend. This could be considered as the greatest loss beyond what they have anticipated. They expected to reach somewhere near $100 million at least since the budget and marketing expenses of the film were estimated at $180 million.

Most of the audience went into conspiracy mode and accentuated that Disney was embarking on a journey of failure. The much-discussed theory of the animated film which adversely affected it in an abysmal way is that Disney could have decided not to include LDBTQ characters who had an impoverished performances in the film.

The new character named Ethan, in the Disney animated movie is the sole reason for it. So since the issue may sound so trite and frivolous to some people, the topic is a real concern for most people across the globe and it really created an obnoxious atmosphere around the movie.

But there is no actual proof to back this up, but the flooded comments regarding the film was Disney was in fact looking out for much less representation of the character on-screen deliberately.

But since as we all know every coin has two sides, here also there is another story that is attached to the movie. Some faction of the audience said that the effort to make each character more diverse would seem a little inappropriate and ot should pave the way to flops.

Patrick Bet-David who is of vociferous entrepreneur tweeted that “Took the kids to the movie today to watch a Disney cartoon called Strange World. Within ten minutes of the movie, my 10-year-old son said ‘Dad, I have no desire to watch this movie. Can we leave’. We left. The leaders at @Disney have forgotten who the PAYING customer is”.

The Dissension Around The Strange World

The strange world features a romantic relationship between two teenage boys. The film entails a story revolving around the esoteric planet Avalonia and stars the heartthrob of the industry Jake Gyllenhaal, Gabrielle Union, and Jaboukie Young-White as the leading character.

So in the movie, the happy-go-lucky boy Ethan has a kind of feelings towards his friend named Diazo, whom he met unexpectedly while the Clade Clan was busy saving the world. So the film portrays that being gay at childhood is normal and it really gives a wrong impression to society. Moreover, the LGBGTQ+ employees stated that the film has managed to cut the scenes where they explicitly portray gay affection.

So the main issue centered upon the film was the exclusion of explicit scenes from the movie, which Disney considered as quite repugnant to society’s need and the predominant issue is with the portrayal of gay characteristics in small young children. So the Director of the movie has stated that the gayness that Ethan portrays is actually a part of who he is, the character is widely empathetic and bold.

But the demonstration of this sort of complexity into a children’s platform especially was not something acceptable to society who still harbors homophobia and considers this topic as taboo.

But since the movie garnered severe backlashes regarding such a hot topic, the actress in the film Gabrielle Young, who is the mother of a queer child accentuated her stance that “Folks keep using the word ‘normalise’ and you don’t have to normalize normal. It just is. You got to see a loving family that was incredibly supportive of their child’s identity, and their version of trying to steer him to safety or steer him is more in terms of his occupation, and the route he is gonna go in life”.

So here the furor is against the demonstration of homosexual young characters. Still in the twenty-first century people cannot completely accept the fact that gender is a fluid entity rather not a stagnant one. So it can have its manifestation either at a very young age or maybe at old age.