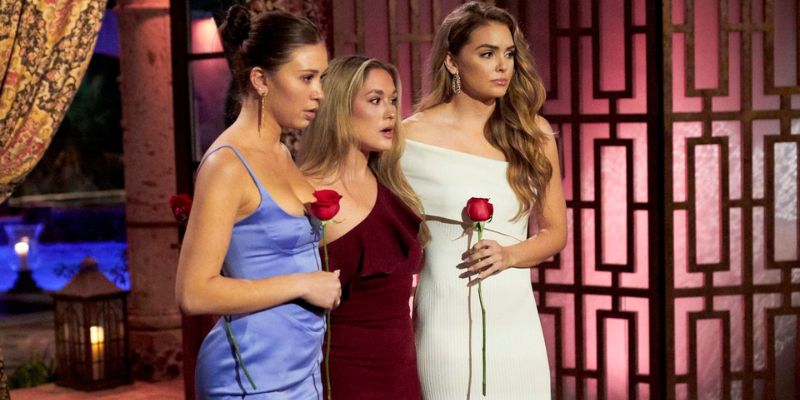 Bachelor in Paradise is one of the most riveting and highly acknowledged television series that has hordes of fans across the globe. The much zestfully anticipated The Final Rose Ceremony of the series is here, and let us discover what is waiting for us, which couples are going to break up, makeup, and who all will be preparing to get engaged in the penultimate episode. So let us check what is waiting for us in the final rose ceremony.

Rather than waiting for the final rose ceremony, Mara one of the contestants decided to self-eliminate from the show and headed back home. Moreover, in order to make the episode even hotter and spicy Jesse Palmer, the host announced in a wicked way that there will be no cocktail party, and if any of the contestants is on the fence about whether to get engaged or not, then probably they should break up. This was the sort of advice Jesse Palmer gave and let us check who all will heed his advice.

This couple is one of the most lovable ones in the entire show since they have built their relationship with a sense of maturity and acceptance of reality. But whether they will make it to the future is not pretty sure, but they made up their mind in a way that we would have to wait and watch. And not to mention that son of Michael is avidly waiting for him, and what they decide to make their future flourish is in their hands.

Both Michael and Danielle have suffered great losses in their life. Michael lost his beloved wife and he was really trying to cope with the massive loss. So when both of them have decided to join hands together, they will definitely take precautions to avoid certain dramas in their life. Michael is so happy and feels elated that he could pull himself together and find true love again in life. Both of them haven’t discussed their engagement, but the iconic pair concurred that they will work it out and will give a piece of happy news.

The next riveting couple of The Bachelor in Paradise was Brandon and Serene, and they gave a toast to their relationship. And after their brief separation, Brandon decided to never let go of Serene, and he emphasized that he would love her unconditionally forever. Brandon and Serene are a successful couple on the show, without any qualms, they are happy to get engaged and are so interested in planning their future together. And Serene vehemently quotes that she is excited about their future and the tinge of scare that was beneath her has completely gone because it is Brandon who is next to her to hold her hands whenever she fails.

The next intriguing and adorable pair was Brittany and Tyler, and they both shared their ardent love for each other. Tyler said that the moment he fell in love with Britanny was during the Sadie Hawkins dance. They both share their deepest desires to get engaged and have a hopeful future together. In a fun manner, Tyler told her to get out of the show and meet his mom in Chicago, and without skipping a beat, Brittany agreed, and they both left the show together. That was so filmy, and the pair really made it astounding for the viewers.

The next couple to decide to part ways is Shanae and Joey. Shanae tells Joey that she never considered their relationship a serious one and that it was more of a playful relationship. This really makes sense that the couple got together a few weeks ago and she always claims the age gap they both have and the main issue she pinpointed was Joey was living with his parents. So it would be a hell lot easier to split up rather than take another step forward. So as both of them are seeing life totally from different angles they took the appropriate decision to part ways.

Usually, breakups are pretty bad, but when we see the way Florence and Joey ended their relationship, it was quite riveting and devoid of any unnecessary drama. When Shanae pinpointed some daft reasons to end their relationship, Justin very subtly and casually told Florence that we should not pursue things outside this paradise. And happily, with all her heart, Florence just agreed that they ended things in a very different manner, which made the breakup scene a little funnier.

In spite of these breakups that really gave a sad arena to the show, Victoria and Johnny have decided to stick together through thick and thin. They both really see a good life outside the paradise and they are looking forward to achieving it. Johnny was a man who was not at all interested in marital relationships and he doesn’t believe in marriage institutions. But during the rose ceremony, he said that Victoria really changed his perspective and that she really flipped his life upside down.

The relationship between Genevieve and Aaron was not highly acknowledged by the audiences since it was way too toxic despite some of the unforgettable memories they share. It is very evident that they shouldn’t be in a relationship as it seems very toxic, loud, and precise.

The most heartbreaking split up was that of Kate and Logan. But most of the audience was expecting this as it was not surprising that Kate really doesn’t harbor true feelings for Logan and the comments she raved against him were quite repugnant and now the internet is slamming Kate for her demeaning behavior. So as now the so-called couple has decided to bid adieu Logan has to head home badly hurt.