Joey Defrancesco, the munificent Jazz Organist, saxophonist, and trumpeter of America died on...
HomeNewsWho is Josefa... 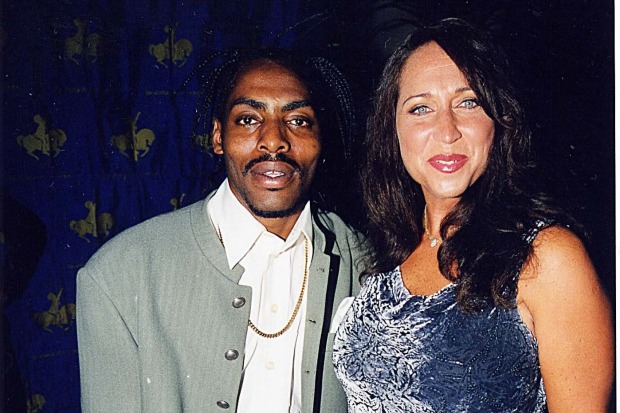 Coolio, known for his 1990s hit “Gangsta’s Paradise” from the movie Dangerous Minds, died Sept. 28 in Los Angeles. He was 59 years old. The cause of death is not yet announced officially. After his sudden demise, fans are searching to know more about his ex-wife, Josefa Salinas. So, who is she and what is she doing now? We will tell you the whole story

Coolio’s Death Is Confirmed By His Manager Jarez Posey

Coolio’s manager, Jarez Posey, confirmed Coolio’s death to NBC News, saying, “As far as I know now, he was at a friend’s house and he was in his bathroom.” Jarez said, Coolio died of a suspected heart attack, but no official cause of death has been confirmed.

According to TMZ, when Coolio didn’t answer his name, his friend went to the bathroom and found him unconscious on the floor. The friend then called paramedics, who pronounced Coolio dead when he arrived at the scene.

The Los Angeles Police Department told ANC they received a call about the death around 4 p.m. of a man in his 60s but did not confirm his identity. The LAPD said the death investigation appears to be a natural cause with no evidence of suspected foul play at this time.

Coolio, whose real name is Artis Leon Ivey Jr., was born in Monessen, Pennsylvania, and later moved to Compton, California, where he began laying the foundation for his music career. Coolio’s single “Fantastic Voyage,” from his 1994 debut album It Takes A Thief, rose to number three on the Billboard Hot 100. His next biggest single would be “Gangsta’s Paradise,” featuring R&B singer L.V., which he recorded for John N. Smith’s 1995 film, Dangerous Minds.

The song was in the No.1 position on the Billboard Hot 100, continuously for three weeks. Coolio then performed the hit at the 38th Grammy Awards, where he won Best Rap Solo Performance that year.

The rapper also enjoyed other artistic pursuits in television and film roles, where he often played himself. Coolio played supervillain Jonathan Crane in 1997’s Batman & Robin, also voiced Kwanzaa-bot in Futurama, and made appearances in Sabrina’s The Teenage Witch, Charmed, All That, and The Nanny.

Coolio was married to Josefa Salinas from 1996 to 2000. They had four children together. Josefa Salinas is known for Fake News at Night (2018) and Fearless: The Documentary (2014). After spending four years together as a married couple, they divorced in 2000. There wasn’t any confirmation about the reason that lead to their divorce, but there are many stories about Coolio’s drug usage. He also had many legal troubles during that time.

Josefa Salinas has been a radio host in SoCal for 30 years. She can be heard daily from the Central Coast to the Inland Empire on various FM radio stations!

She is a two-time winner of the National Association of Broadcasters “Crystal Award”, winner of California’s 100 Most Powerful and Influential Women’s Councils, appointed Commissioner by Mayor Garcetti, recipient of President Barak’s Presidential Volunteer Service Award Obama and many other prizes.

The woman once known as “Angelita de la Noche” (“Night Angel”) on LA’s POWER 106 has become the founder and CEO of her own online radio station, using cutting-edge technology to bring “The Power of Voices” at Elle is working hard to develop the niche station, “Your Military Voice,” which will serve active duty men and women and their families and retired veterans, as well as the highly anticipated “Hispanic Talk network”.

She is also the author of a few books and two of them are; 101 Things to Know Before You Date My Daughter, My Best Friend, Or Me.

Coolio was born in Monessen, Pennsylvania, south of Pittsburgh, and moved to Compton, California, where he attended community college. He worked as a volunteer firefighter and in airport security before devoting himself full-time to hip-hop music.

His career took off with the 1994 release of his debut album on Tommy Boy Records, “It Takes a Thief.” Its opening song, “Fantastic Voyage”, has reached No.3 on Billboard Top 100. This changed his life forever.