Chevalier Release Date, Cast, Where To Watch, Plot, All You Want To Know 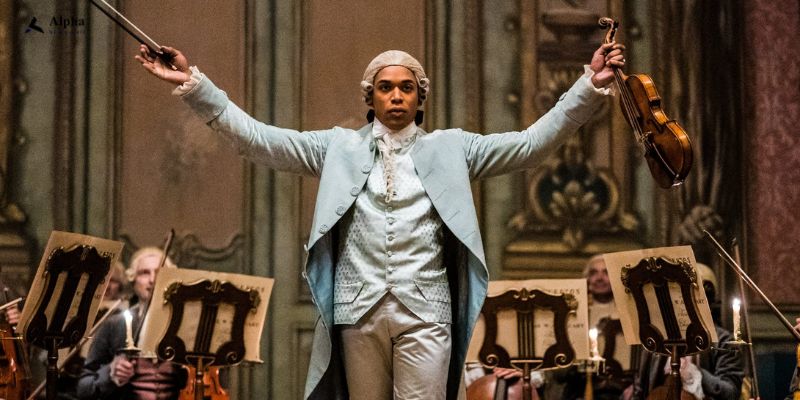 Music biopics like Straight Outta Compton, Walk the Line, and Weird: The Al Yankovic Story has always been the best choices to watch. But, Chevalier will make its debut in 2023 and you will see an even more gripping story, focusing on a French classical composer, who is usually considered a rock star in the 18th century.

The story is said to have unfolded back in the period of the French Revolution and also features historical figures, like Kelvin Harrison’s Joseph Bologne, who is often dubbed the “Black Mozart.” The flick also stars Lucy Boynton, Minnie Driver, Samara Weaving, Alex Fitzalan, and Marton Csokas and had its world premiere on Sept. 11, 2022, at the 2022 Toronto International Film Festival.

Disney recently altered their release calendar for the coming few years, inviting tabloid attention to the several MCU-related delays. But it has anyway given a date for the world to witness Kelvin Harrison Jr’s nuanced performance as the titular French Caribbean Musician, Chevalier de Saint Georges/ Joseph Bologne and he will dazzle the audiences on April 7, 2023.

Simply put, the Chevalier release date has been slated to be on April 7, 2023. The flick first saw the light of day at the Toronto International Film Festival where it was received relatively well. Although it has a star-studded cast, the main point of praise is nothing other than the mesmerizing acting of Harrison.

Where to Watch Chevalier when Released?

An OTT release wouldn’t be a better choice for films like Chevalier and therefore, you can watch Chevalier in theatres on April 7, 2023. Book your seats for the show before any fellow reveals the plot twist.

The film directed by Stephen Williams and written by Stefani Robinson will delve deeper into the life of Chevalier de Saint Georges, who has a lot to contribute to the world. No music biopic lover should think twice to watch because it would definitely be such an irreplaceable treat for them. Moreover, it also has elements to pump the general public as well.

The biographical film was initially announced by Searchlight Pictures on June 30, 2020, and the filming ended by the end of 2021.

Apart from the Chevalier release date, there are many specifics to reveal about the forthcoming movie.

As of now, the creators have revealed roughly half of the cast and they are as follows,

There would be a set of actors yet to join the cast and the shoe runners must probably be trying to hold certain details back.

Kelvin Harrison Jr was announced to lead the cast on March 31, 2021. He was cast for the role of Joseph Bologne and the fans are already drawn in for the ride. Later on July 8, 2021, Samara Weaving was invited to join him, and then the list was extended with Minnie Driver, Lucy Boynton, and Alex Fitzalan.

Chevalier revolves around the long-forgotten yet incredible lives of the illegitimate son of a black slave who rose to prominence as the remarkable classic composer of African descent. The Chevalier de Saint-Georges is a French-Caribbean composer and violinist, sometimes referred to as “Black Mozart.” Thanks to his colossal musical talents he grew up to be the first known classical composer from the Balck descent. However, as a kid, it was hard for him to breathe the same air as his mates’ since he was Black. But he managed to rise above the grey clouds until an ill-fated love affair with Marie Antoinette jeopardized his respected position in French society.

Therefore, the flick will focus on the rise and resurgence of Chevalier de Saint Georges. Reportedly, the synopsis of the movie itself stresses the fact that the illegitimate son of an African slave and a French plantation owner, Joseph Bologne, turned himself into a reputed personality in French society.

The storyline is bizarre yet inventive, and the fans are already excited to binge-watch Chevalier. Everyone has gone ecstatic to learn what will happen to the protagonist, who fights to switch the entire Frenchmen to prove to the world who he actually is. The movie will teach a viewer about the value of failure, and what it means to fail and rise again.

Where to Watch The Curse of Oak Island Season 10

The trailer was released very recently and it opened with the young Joseph being taken to the school, where his father is seen talking to the deen, who warns the place wouldn’t suit a boy like Joseph. He got admission thereafter Joseph played violin which perplexed the deen.

While growing up, the boy received huge hatred from his schoolmates, and one day he gets into a violin challenge and perplexes everyone with his skill, which urges everyone to offer him a standing ovation. He is then introduced to Marie Antoinette, Queen of France.

After crossing, he finally proves who he is, but then he gets closer to the Queen of France, and he loses everything he gained over the course of years. Then he remembers the valuable lesson taught by his mom, who said, “This world is painful for us, but there will always be a choice to fight.” Then he decides to conduct a concert, eventually attracting a large crowd. That is nothing, but the beginning of a revolution, as it said, “France is changing,” and he further alters what was said to be ordained by God.