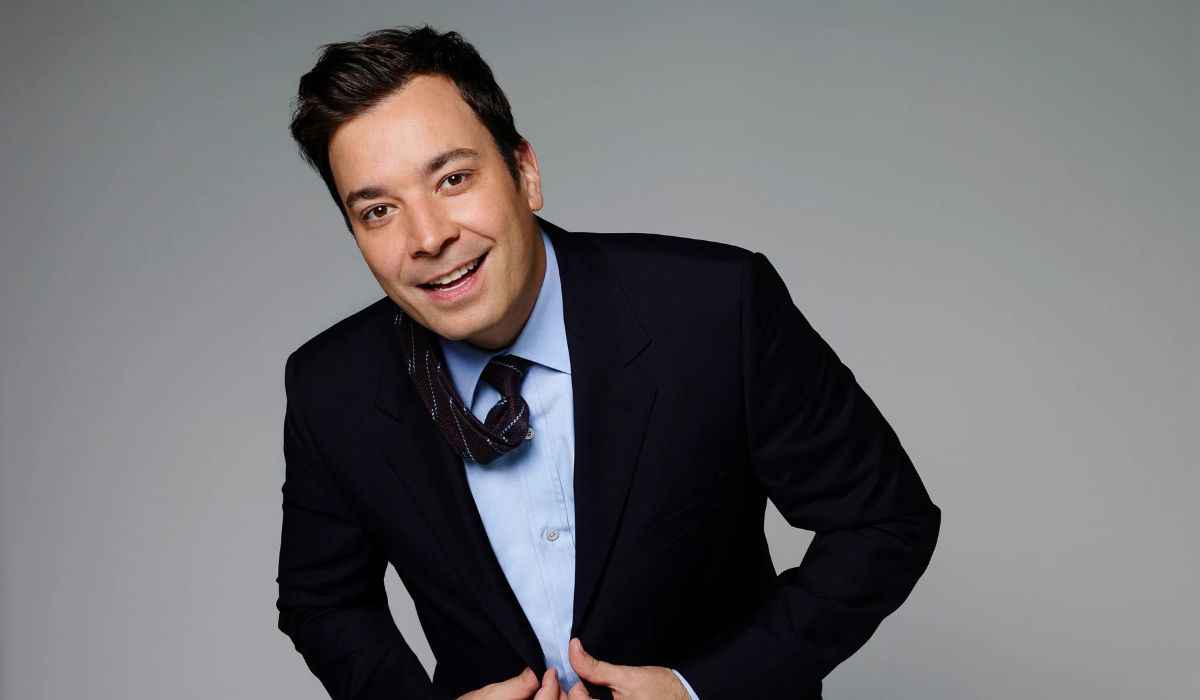 It was such a piece of awful news when the internet was crammed out of the blue with death news of Jimmy Fallon after a fake post from an account of the riveting The Tonight Show went viral on Twitter. Nevertheless, fortunately, the super cool star is right as rain and fresh as a daisy.

It is so uncanny that the celebrity death hoax has become a usual phenomenon on the internet and for one second, people across the globe were in shock before checking the actual fact. So recently the prey of this sort of hoax was Jimmy Fallon. And the fake death news related to Jimmy Fallon was quite repugnant by all means.

It all started when a tweet made by an anonymous person, become surprisingly viral. The post reads that “ it is with heavy hearts we announce the passing of a late-night legend, husband, and father of two, Jimmy Fallon, 1923-2022.

This was the fake tweet posted on Twitter and within seconds the news got viral over the internet before fact-checking his friends, and fans were in utmost shock. Moreover, in order to make the fake post all the more genuine the anonymous person added a throwback picture of Jimmy Fallon holding his dog.

This is not the first time that celebrities are falling victim to these sorts of daft death hoaxes. So recently it was Jimmy Fallon who became unknowingly the victim.

These sorts of fake news and the people behind it should be convicted by the law so that the next time one of the poor celebrity can escape from it.

This is not at all the first time a celebrity is facing this sort of fake death news. Apart from Jimmy Fallon, Tom Holland, Wendy Williams, and other celebrities really had to face this sort of indiscretion and were highly targeted.

The first giveaway of asserting the fake news was the date of birth given in the post. The birth year mentioned in the post says that Jimmy Fallon was born in the year 1923.

So as according to the year in the post Jimmy Fallon would be in his ninety-nine years old. The forty-eight-year-old Jimmy Fallon soon became an old man of ninety-nine as per the post. So in reality he was born in 1974.

The person who did this has photoshopped the picture of Jimmy Fallon and has managed to make it looks really genuine and social media users have really believed that Jimmy Fallon has died.

Jimmy Fallon At A Glance

James Thomas Fallon is one of the most riveting and intriguing American comedian television hosts, actors, and writers. Jimmy Fallon is best known for his work in television as one of the enrapturing cast members on Saturday Night Live and predominantly as the host of the late-night talk show The Tonight Show.

Jimmy Fallon has managed to garner hordes of fans for his resplendent role as the television host and the cast member was born on September 19, 1974, in New York, US. Jimmy Fallon harbored his unswerving enthusiasm for comedy and music at a very early age in his life. So he decided to move to Los Angeles to pursue his passion. He served as a fervent stand-up comedian for quite a long.

In the year 1998, the golden opportunity comes in search for him, to join Saturday Night Live as a cast member. This opportunity was like conquering his lifelong dream. For long six years, Jimmy Fallon remained one of the outstanding cast members of Saturday Night Live between the years 1998 to 2004. He became highly acknowledged and managed to carve out his space in the field in the process.

So when Jimmy Fallon got the opportunity to star in some films he left the show and starred in films such as Taxi and Fever Pitch. After having some of the films, he decided that maybe television shows can give him more than the films could do. So he return to television as the host of Late Night with Jimmy Fallon on NBC in 2009.

So he gave his stringent emphasis on music and video games and he just within a brief period of time swooned into the lives of his audiences.

In 2014, Jimmy Fallon moved to The Tonight Show as the permanent host. Moreover, Jimmy Fallon has found time to release two comedy albums and seven books which were mainly for children.

Jimmy Fallon married Nancy Juvonen who was the film producer of the film Fever Pitch. They have daughters via surrogate and are living a serene life.

Paula Sladewski Murder: Last Seen and Everything You Need to Know