Joey Defrancesco, the munificent Jazz Organist, saxophonist, and trumpeter of America died on...
HomeNewsWho is Joaquim... 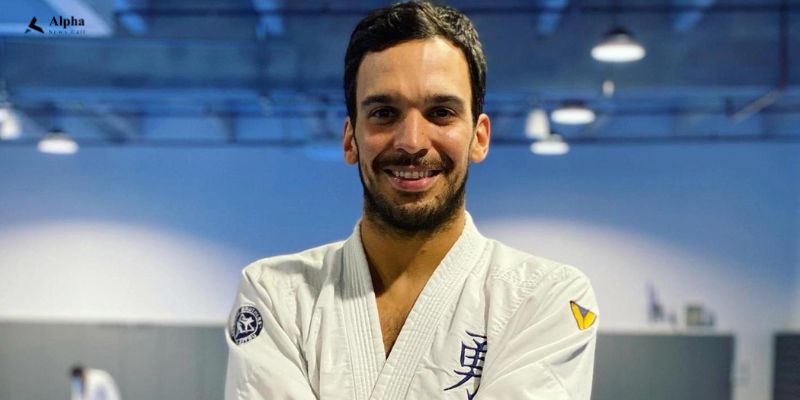 Gisele Bundchen, the epitome of exquisiteness and charm after her divorce from Tom Brady, is back in her riveting dating life. Gisele Bundchen is one of the astoundingly super-hot Brazilian models who has had a great impact on the modeling industry. Her name is not something new in the matter of rumors, and now the internet is completely crammed with the latest news regarding her new dating life after the high-profile divorce case with Tom Brady. So let us dwell deeper and find out who is the new man outside.

Who is Joaquim Valente?

It would be a whole lot easier to say he is the rumored boyfriend of Gisele Bundchen and his name is quite trending all over the internet after both of these new lovebirds were spotted in public having dinner and the photos of them together were shared on Instagram. Gisele Bundchen along with her kids, Benjamin and Vivian had this dinner along with Joaquim Valentine. Within minutes the photos have gone viral and it is now all over social media. But some of the media outlets claim that the rumors regarding Gisele dating her instructor is out of the question, and it was not actually dating a casual dinner with her kids beside the instructor.

Joaquim Valentine is one of the efficient jiu-jitsu instructors who hails from Brazil to Florida. He moved to Florida in 2007 in order to study at Barry University. He is not something of a celebrity and so when we have to dig deeper and deeper, according to his LinkedIn profile he has mentioned that he had done his graduation in Criminology. Moreover, Joaquim Valente attended Rio de Janeiro school from 1990 to 2007.

Joaquim Valente is one of the teachers besides his brothers Pedro and Gui at the ValeBrother’s headquarters near Miami Beach, Florida. So according to the Valente Brothers’ website they regularly trained at Gracie Academy while growing up in Rio de Janeiro. So Joaquim and his brothers were so into these martial arts and they really have a strong space and exposure in being the instructors.

How Did Gisele and Joaquim Meet?

As per sources, Joaquim Valente and Gisele Bundchen first had their encounter in 2021 for a riveting magazine photoshoot. The photoshoot came into the frame when the Valente brothers posed with Gisele Bundchen for their Instagram post in order to make it more enthralling and thereby get more exposure.

On February 2, 2022, Gisele Bundchen posted her resounding training session video with Joaquim and the caption that she gave to the video was the sole reason for people to assume what is actually going on and they started being skeptical.

As per reports, Gisele Bundchen along with her kids dined together with Joaquim and some of people are raving about the rumors of they are dating. Since the photo of Gisele and Joaquim went viral, where she was totally in a casual crop top attire people speculated that she has started her new dating life after breaking up the long thirteen years of marriage with Tom Brady.

Gisele Bundchen was truly indebted to the Valente brothers, as she posted on her Instagram, in which she vehemently stated that she felt way too empowered after practicing self-defense, and thanked them warm-heartedly for teaching the skills, which are essential for everyone, especially women in this era.

Also Read Who Is Roberta Flack? Is She Diagnosed With ALS?

Gisele Bundchen at a Glance

Gisele Caroline Bundchen is one of the astonishingly exquisite Brazilian Portuguese models who have a plethora of fans across the globe for her beautiful and enthralling modeling career. Gisele Bundchen is outstandingly one of the highest-paid models in the world was born on July 20, 1980, in Rio Grande do Sul, Brazil. It would be a bitter pill to swallow that she is in her forty-two because of her magnificent appearance.

Gisele Bundchen is born to Vania and Vladir Bundchen and she has five sisters. Her grandfather served as the Mayor of Horizontina and their family was a staunch followers of Roman catholics. It is true that Gisele Bundchen really aspired to become one of the compelling volleyball players, but her mother gave no choice in the matter even to her sisters and all of the girls in the family were enrolled for modeling.

It was not an easy road for Gisele Bundchen to make her career steep. She had to overcome umpteen encumbrances that life has thrown upon her. Gisele was rejected forty-two times in London as a part of audition for modeling. But now where she stands in the world is quite ironical for what she endured during her initial days of career. In the following year of 1998 and 1999 Gisele Bundchen won Phytoervas Fashion Award Model of the year, and Vh1 Vogue Fashion awards for model of the year. In 2011, she won the International Green Awards for Best Green International celebrity award. In 2017, Gisele won the Green Carpet Fashion award for Eco Laureate award.

She is also famous for her relationship with Leonardo Di Caprio one of the most desirable man in the world. They were in a love relationship for quite a long and later decided to bid adieu due to irreconcilable differences. After the break-up, Gisele pursued more of her career as an incredible model later in 2006 Gisele met Tom Hardy, and they started dating. After the first blind date, the riveting couple decided to tie the knot in 2009. They were leading a good life of together for thirteen years and had two children and decided to end their relationship and finalized their divorce on October 2022.