Joey Defrancesco, the munificent Jazz Organist, saxophonist, and trumpeter of America died on...
HomeMovies NewsWill There Be...

Will There Be a Black Panther 3 or a Sequel? Everything We Know So Far 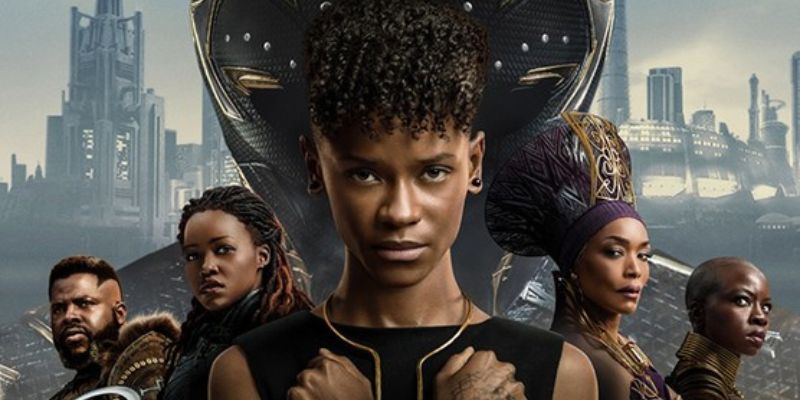 Speculations are rife among the fans that Black Panther would likely return to the audiences but  Marvel comics has not officially declared anything related to part three of Black Panther. Fans across the globe are in great anticipation for part three of the Black Panther franchise but it would be better to keep the hopes to a limit since Marvel Comics’ calendar seems to be tightly packed at this moment.

As we all know Black Panther: Wakanda Forever has been released and it is warm-heartedly welcomed by hordes of fans who were avidly waiting for their next visual feast. Black Panther is the first Marvel film to be nominated for Best Picture at the Oscars and it has made a predominant place in the history of Marvel comics.

The sequel of the Oscar-nominated movie has come to the cinemas with a greater wave with strong riveting reviews. The latest news related to Black Panther part 3 is flooded the internet and it is not confirmed yet by Marvel Comics whether to expect a part three of the highly acknowledged movie.

The new film entails an emotional tribute to T’Challa star Chadwick Boseman, who passed away in the early days of 2020. The massively popular actor passed away in 2020 and it was undoubtedly a shock to the entire world. Furthermore, the newly released Black Panther is indeed open to future sequels and because the doors are wide open to interpretation and speculation of a sequel, people across the globe are in zestful anticipation.

Will There Be a Black Panther 3?

There had been no confirmation regarding part three of Black Panther, but after the release of Black Panther: Wakanda Forever the film vehemently ends with a message that reads “Black Panther will return”. So after having this sort of an end people across the globe who really awaits Black Panther are awestruck and it seems certain that another installment of this highly regarded film would be in the sack.

Before the release of Black Panther: Wakanda Forever the producer of the movie Nate Moore explained his stance “We really want to see how audiences receive the film, and I think Ryan Coogler is really interested to see how the film plays before we decide. There are certain ideas we have floated around of what a third film could be if we get to make it. But until the movie comes out, we are a bit superstitious in that way. We don’t want to count our chickens, because you never know what’s going to happen”.

Also, in another interview, Ryan Coogler also admitted that he had not sat with the thought of what the future holds for them for their further plans with the Black Panther prequels. So it seems that we could hear more details about the further Black Panther films within a short span of time after the release of Black Panther: Wakanda Forever.

It seems redundant to speculate on the release date and other details of Black Panther Part 3 because no one in charge of announcing has provided any ray of hope or any sort of detail that leads to confirmation. It is only known that the film would have a sequel as per the ending scene of Black Panther: Wakanda Forever.

So we are in a long way even to know the petite details about the impending Black Panther part 3. But when we dwell a little deeper, given the release date of Marvel Studios’ releases for the next years we could assume that it will be definitely a long while until we anticipate the next Black Panther movie arrives. It is really possible that we could have to avidly wait until we get a Black Panther three which would be really scrumptious visual feast it we have to wait until 2026 probably. The first difference between the two Black Panther films were a gap of four years and it would be same applicable to the upcoming Black Panther part three.

So as per the sources, there are still three unannounced phase six projects, and they have been marked for release probably on July 25,  2025, November 7, 2025, and February 13, 2026. So we could expect that Black Panther would take one of the slots that above-mentioned.

Who Is The Villain of Black Panther: Wakanda Forever?

Assumptions regarding anything related to the plot would be a grand pronouncements because we have to travel a long path before it get into our hand. Towards the end of the Black Panther: Wakanda Forever Namor tells his cousin Namora that he is playing a long game indeed and one day the whole world will turn on Wakanda leaving Talokan, as it would be the only ally left. So we could speculate that perhaps, a vague idea of the plot would be this prediction come true.

It is still obscure to speculate the plot but since the newly released Black Panther is trying to open several doors to umpteen interpretations it would not be a daunting task to presume things for the future events. So the fans across the globe are in great anticipation to have its next adventure.

Moreover, most of the important cast in the Black Panther would be back in the next project, including the predominant characters including, Martin Freeman as Everett Ross, Dominique Thorne as Riri Williams, Michael Coel as Aneka, and Mabel Cadena as Namora. These are only the speculations regarding the Black Panther 3 and it would be a way too long journey to know anything officially related to the upcoming adventure.