Joey Defrancesco, the munificent Jazz Organist, saxophonist, and trumpeter of America died on...
HomeNewsWho Will Be...

Who Will Be The Next James Bond? Who’s In The Running? 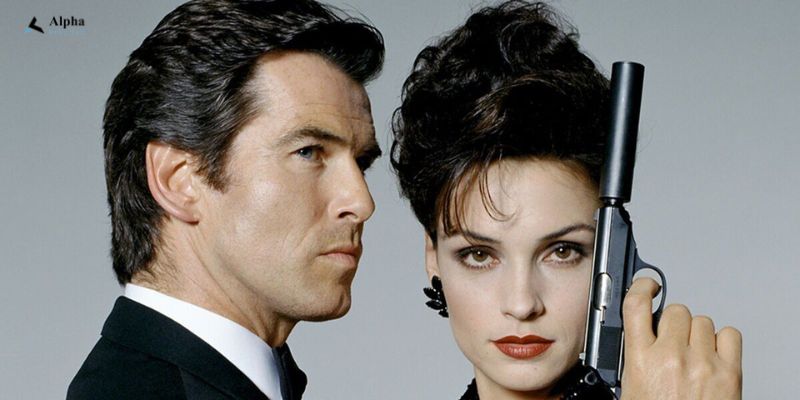 Who Will Be The Next James Bond?

As we all know it was Daniel Crag who was the last person to step into 007’s shoes of James Bond which was a massive success by all means. Ever since Daniel Craig asserted his stance that he wouldn’t be there to pull off the sixth James Bond. If we have watched his No Time To Die we could understand it would be insurmountable for Daniel Craig to make a shot in the next James Bond movie.

So as per the reports, Daniel Craig is now out of the question, and rumors have been hovering in the sky about who will be the next James Bond and who will be the astounding actor to step into the 007 shoes and M16s latest and massive spy. It was reported that the next James Bond character would be the younger version of the character. But fortunately, those rumors were quashed after the James Bond producer Michael G Wilson. People were in great anticipation about the upcoming James Bond movie series and the rumors related to the younger version of the role were quite repugnant to the audiences.

So following the event held for the 60th anniversary, Michael G Wilson stated his stance on the matter “ No matter what others tell you, we have tried looking at younger people in the past, But trying to visualize it doesn’t work. Remember, Bond is already a veteran. He’s had some experience. He is a person who has been through the wars, so to speak. He is probably been in the SAS or something. He isn’t some kid out of high school that you can bring in and start off. That’s why it works for a thirty-something”.

But when we go through what Michael G Wilson has said, it would be certain that the next James Bond character would not be a young portrayal but instead, it would be as we all expected. But even though Michael Wilson reaffirmed his stance it is still a daunting task to find out who will be the next actor to reign the 007 mantles. We cannot narrow it down to one person since the industry is crammed with prolific actors who could really fit accurately into the role of James Bond. Nevertheless, we could narrow it down to some popular actors, the most stupendous actors in the industry, and let us see who all are

The Stars Who Could Possibly Be The Enrapturing James Bond

Henry Cavill is the most stupendous actor who has managed to swoop into the lives of the audiences with his most recognizable role as the DC Universe’s Superman or Geralt in The Witcher. Henry Cavill is the most wanted actor to play James Bond since he is no stranger to espionage action and dramas. So it would be a great opportunity to have a role in the highly acclaimed movie series and he would be so happy to jump into the movie.

In a report published on some online platforms, it was reported that Idris Elba could be the next iconoclast titular character as James Bond. Idris Elba was ranked high according to some of the secret market research after the speculation regarding his take over as the role of James Bond people could no longer wait for the movie.

Rege-Jean Page is one of the most highly acclaimed actors in the industry who has just swooped into the lives of audiences with his single character as Simon in the Bridgerton series. Albeit there has been no confirmation regarding his portrayal of the next James Bond character, he would be the best choice to reign the industry as James Bond since he has proved his immense ability by pulling off a negative role in the recent movie The Grey Man as Carmichael.

Tom Hardy is undoubtedly a man with a charismatic personality and he was been one of the frontrunners to play Bond next. He is no stranger to riveting action pieces and he has proved his unswerving enthusiasm in Venom: Let There Be Carnage, Inception, and The Dark Knight Rises.

Aidan Tuner is the heartthrob of people across the globe who is popularly known for his role as Kili. As he is younger when compared to other actors in the row he would be undoubtedly a popular choice for the next James Bond character.

Other actors who could also pull off the James Bond role include Robert Pattinson, Sam Heughan, and Richard Madden.

When we narrow down the list for the team who opts for a female James Bond we could prefer Suranne Jones and Lashana Lynch. So since the list is way beyond our comprehension, it would be a daunting task to pick one among the astounding actors to play James Bond.

Also Read Will There Be a Black Panther 3 or a Sequel? Everything We Know So Far

Will There Be Schitt’s Creek Season 7? Latest Updates