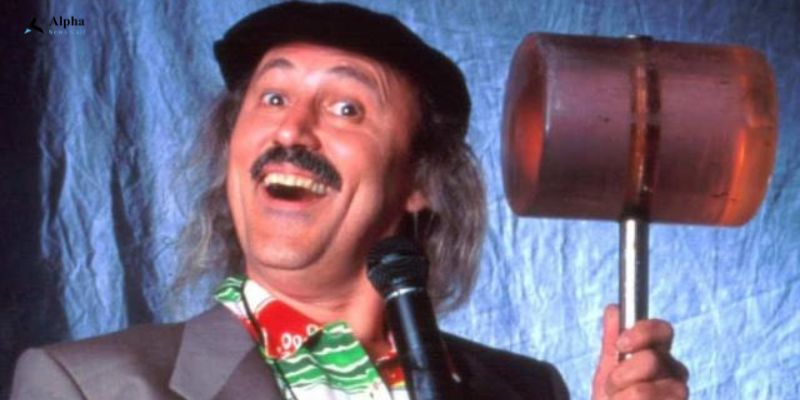 One of the most iconic and recognizable comedians of the 80s, Leo Anthony Gallagher Jr passed away on November 11, 2022. Gallagher was known for his routine, which included styles like prop and observational comedy.  An iconic part of his performance was the smashing of watermelons on stage with his sledgehammer, which he called ‘Sledge-O-Matic.’ Gallagher was 76 years old when he passed away.

Gallagher Cause of Death

Famous comedian Gallagher passed away on November 11, 2022. His manager confirmed the news about the death of the comedian. The reports about the death of Gallagher first appeared on TMZ. According to their reports, Gallagher passed away on Friday morning. During the time of his death, Gallagher was in a hospice facility in the Palm Springs area where he received the needed medical attention. Gallagher was a person who had a long history of illness. There had been instances where h had collapsed on stage due to heat illness during his performances.

As per the reports of TMZ, Gallagher suffered multiple heart attacks before he passed away on his last day. Even though h suffered multiple heart attacks on the day, the reason behind the death of Gallagher was confirmed to be acute organ failure. The reason for the demise of the actor was also confirmed by his management also. According to available reports, Gallagher was not well physically for some time and he was also a person with a history of several heart attacks over the years.

Born on July 24, 1946, Leo Anthony Gallagher Jr. who is better known by his name Gallagher, is an American comedian who used to perform in the 80s. He is one of the most recognizable comedians from the era and is also very famous for the use of props and observational comedy in his routines. Gallagher was born in Fort Bragg, North Carolina. The family lived in Lorain, Ohio until Gallagher was nine years old. Eventually, they moved to South Tampa, Florida as Gallagher suffered severely from Asthma. After moving to South Tampa, Florida, Gallagher attended the H.B Plant High School for his basic education. After his high school education, Gallagher attended the University of South Florida, where he studied chemical engineering as his major and English literature as his minor. He graduated from the university in 1970.

Career as a comedian

Gallagher started his career as a comedian after his college education. Gallagher started out as the road manager for Jim Stafford, who was a very prominent singer, musician, and comedian at the time. Gallagher decided to perform for himself while working with Stafford. In 1969, Stafford and Gallagher toured California, where Gallagher performed for himself for the first time. After trying his career in performing, Gallagher was closely associated with The Comedy Store and The Ice House. Gallagher also made an appearance on the popular American late-night show, The Tonight Show. The show was hotels by Johnny Carson while he made his appearance as a comedian. Now, the popular sho is hosted by the famous host Jimmy Fallon. Gallagher became popular in his later career,, and he made appearances on shows like The Mike Douglas Show and also The Merv Griffin Show. He also performed at the Playboy Clubs during his career.

Takeoff Funeral: Justin Beiber Performs at Takeoff’s Funeral as Offset and Drake Break Down in Tears

Gallagher made history with his first comedy special, ‘An Uncensored Evening’ which became the first comedy stand-up special ever to air on cable television. Unlike his contemporary comedians, Gallagher remained a comedian and performed on his tours, while most others took up opportunities in sitcoms and movies. As per the reports based on a statement by Gallagher, he has performed around 3,500 live shows throughout his career.

Gallagher was a comedian who was known for his live performances. Their shows of Gallagher usually ended with a common routine that featured his sledgehammer, ‘Sledge-O-Matic.’ At the end of his show, he used to bring out the hammer, which was usually a wooden one, and he used it to smash fruits like apples or watermelons, which sometimes resulted in chunks of fruits falling onto the audience.  His performances were known for their messy nature. There were a few incidents where the comedian was sued by his audience for injured that happened as a result of his performance.

During his personal life, Gallagher was reported to have been affected by heart attacks multiple times during his performances. Such incidents occurred in 2011 and 2012, and he was reported to be in an induced coma after the incident in 2012. Doctors brought him out of comedy the same year, and the comedian started talking and recovered fast. Gallagher is survived by his two children, his son Barnaby and his daughter Aimee Gallagher. His daughter used to accompany Gallagher in his performances when she was a young girl.