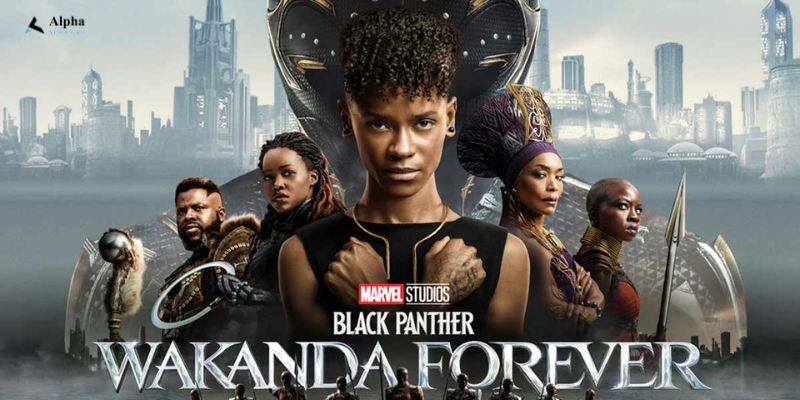 Marvel fans worldwide have been eagerly waiting for the release of the second part of the 2018 movie Black Panther for multiple reasons. Not only that the movie wraps up Phase 4 of Marvel Cinematic Universe, but the upcoming film is also said to be a tribute o the late actor Chadwick Boseman, who played the iconic role of King T’Challa a.k.a the Black Panther in the 2018 installment of the movie. With hours to go before the movie hits the screen, here are the details of the rest of the cast that will be featured in Black Panther: Wakanda Forever.

Rumored to be the one to take up the role of Black Panther in the movie, Shuri is the sister of King T’Challa. After the demise of the King of Wakanda, there are many questions regarding the successor and Shuri is the closest one to have that chance to ascend the throne. Shuri is also the head of the technological wing of Wakanda and is portrayed as incredibly intelligent. Her intelligence is demonstrated in the movie ‘Avengers: Infinity War,’ where she questions masterminds such as doctor Bruce Banner. The role is played by Letitia right who is known for her role in the 2015 movie Urban Hymn for which the BAFTA named her one among the 2015 group of BAFTA Breakthrough Brits. According to the visuals from the trailer, the role of Shuri will have some intensely emotional moments and some action as well.

The 2018 movie starts with a mission which was headed by Nakia in Nigeria, the courageous War Dog, and an undercover spy of Wakanda. Nakia is also the love interest of King T’Chlla played by Chadwick Boseman. Nakia belongs to the River Tribe. The role of Nakia is played exceptionally well by the talented actress Lupita Nyong’o.

According to the words of the actress, Nakia has matured, and “her priorities have shifted and sharpened” but she still remains “the one you want to call when you are in trouble.” Born as the daughter of a Kenyan politician, Lupita began her Hollywood career as a production assistant. Lupita was nominated for a Tony Award for Best Actress in a Play for her role as a teenage orphan in the 2015 Broadway play ‘Eclipsed.’ Recently, Lupita appeared in the 2019 horror film Us.

It’s impossible to forget the fierce fighter Okoye who fought beside her King and stood strongly committed to her words in the first part of the movie. Okoye is the commanding chief of the Dora Milaje. They are an elite, all-female special orc of Wakanda. They also serve as the bodyguard of the King. The warriors of Dora Milaje are known for their fierce battle skills, courage, and honor. Okoye is a character who embodies all of these qualities in her.

M’Baku is the powerful leader of the Mountain tribe Jabari, who isolated themselves from the rest of Wakanda for centuries. Following the events that took place in the last two Avengers films, the Jabari tribe is no longer isolated from the rest of Wakanda now. It is also certain that M’Baku will have a prominent role in the movie and will be seen alongside the people of Wakanda in its fight against the new villain. The role is handled by Winston Duke who was last seen in the 2019 horror film Us. He was also a part of the cast for Netflix’s action-comedy movie ‘Spenser Confidential.’

A strong superhero needs a super-strong villain too, and Namor is the ideal villain for an iconic superhero like Black Panther. Namor is one of the oldest characters from the Marvel comics and he is a very strong villain with a wide array of superpowers under his belt. Namor is the King of Talokan, who is n ancient underwater dwelling civilization.

The much-awaited role of Namor will be portrayed by Tenoch Huerta who is a Mexican actor. The actor has appeared in a number of movies in Latin America and Spain. The introduction of a fresh face as a superstrong antihero will also have an impact on the character. Huerta is regarded as a very brilliant actor and had to go through some tough training for the role. According to the latest reports, Huerta learned the Mayan language and also how to swim for the role of Namor in the film.

The role of Queen Mother of Wakanda will is one of the most complicated characters in terms of her emotional range. The queen has so much in her hands which is hard for her to handle. The Queen is still not fully recovered from the loss of her son, King T’Challa. Bu t the same time she has to be a mother to princess Shuri, keep the threats to her kingdom in check, and also lead her people. According to the words of Angela Bassat who plays the part of Queen Ramonda, she has “a lot to handle.”

Beginning her acting career in the 1980s, Angela Bassett is one of the most experienced artists in the movie’s entire cast. Her contributions in the field of acting and the talent that she possesses can be figured out from the accolades that she has received. Angela Bassett is the recipient of many awards including one nomination for an Academy Award, seven nominations for Primetime Emmy Awards, a Golden Globe award, and many more. Some of her most noticeable works include movies like Olympus Has Fallen, Music of the Hearts, How Stella Got Her Groove, London Has Fallen, and many more.

Riri Williams a.k.a Ironheart is also a genius in technology and a student of MIT. Riri develops an iron suit that is comparable to the one made by one and only Tony Stark. According to the director Ryan Coogler, the character of Riri is a foil to Shuri. Even though they are similar in some aspects, they are also very very different from each other. Dominique Thorne is an American actress who has made her appearance in films like If Beale Street Could Talk and Judas The Black Messiah.

It’s difficult for anyone who has watched the first part to forget the friendly CIA officer played by Martin Freeman. Even though the role of Freeman’s character is not revealed much, he is known to make an appearance in the movie.

While most of the familiar faces we saw in the first part will make an appearance in the second part, the face that will be missed the most will definitely be of the legend Chadwick Boseman who passed away in 2020. With a few more new characters and actors, the movie Black Panther: Wakanda Forever is all set to hit the screens on November 11, 2022.

Also Read Who Is The Villain of Black Panther: Wakanda Forever?