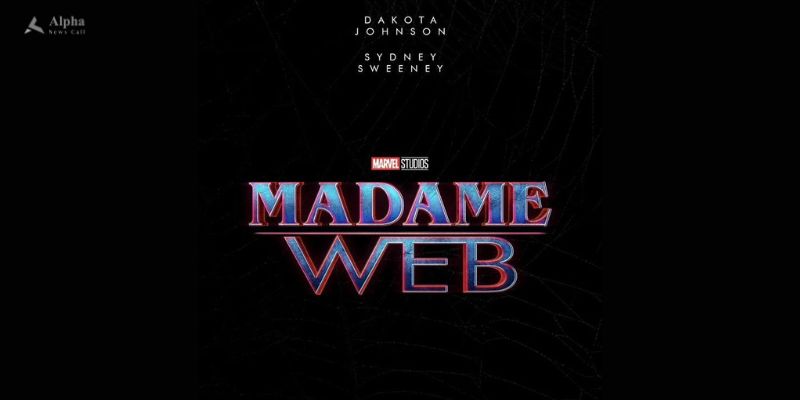 Embark yourself before we tell you what’s happening in the Marvel Cinematic Universe. We are headed back to the MCU by way of the Spider-Man franchise, but no, we are not digging the holes about Tom Holland and Zendaya this time, instead, we are going to introduce you to a new era of the Spider-Man universe. We have a potential woman-led superhero standalone film on the way and the spin-off movie Madame Web will be released on February 16, 2024. Guess What, this time we will get to see Andrew Garfield back in as Spider-Man!

It will be the sixth film in the Spider-Man Universe, which will be dubbed the SSU. The Madame Web character initially appeared in the comic book titled The Amazing Spider-Man (1980).

We know all you are looking for is the Madame Web release date, and we cannot blame you as the creators have been rescheduling the premier over and again. But are we fed up? Definitely not! We are still ecstatic to learn more and share more content like Madame Web’s new release date, its possible plot, cast, and much more.

Originally, the movie directed by S.J.Clarkson was set to be released on July 7, 2023, but then it was postponed to Oct. 6, 2023, and now finally, the release date for Madame Web is said to be Feb. 16, 2024, along with the release of Sony’s Missing, and an untitled horror film, which is based on a true story.

Although the creators have not given a proper reason for the delay, it is nearly possible they must have thought to play in the safe zone, without clashing the release dates with the huge IPs in the box office like Indiana Jones 5 as well as Mission Impossible 7. It is feasible that Sony does not want another Morbius flop and by the way, who would have pitted Madame Web against the other two? Would you? Definitely not us anyway.

Several other forthcoming movies have also shifted their respective release dates and wouldn’t see the light of day at least in 2022. These flicks include Kraven the Hunter, Garfield, and an untitled Marvel Universe film. The latest Kraven the Hunter movie was previously scheduled for a Jan. 13, 2023 release date, but will now hit theatres on Oct. 6, 2023, and Garfield moved from Feb. 16, 2024, to May 24, 2024, while the untitled Marvel film will premiere on July 12, 2014, instead of June 7, 2024. Many films are being pushed for a future release prompting us to create a movie list to binge in the coming years.

Where To Watch Madame Web?

For those who have been desperately waiting to catch a Marvel movie in theatres, here it comes. Sony Pictures will release the female superhero flick Madame Web in theatres on Feb. 16, 2024. Take your smartphones and mark the date right away, because we know that you do not want to miss the theatre experience.

Ever since the pandemic struck, movie fans (aka you and I)  have been preparing to go watch some kind of interesting stuff on the silver screen, as it’s been a while since we are watching our favorite shows in the so-called “comfort of our homes.”

It’s a handful of young Hollywood stars. Fifty Shades of Grey fame Dakota Johnson will star as Madame Web and Sidney Sweeney, uh well, why would we even introduce her? You people are not living under the rocks, are you? So, those of you who want to get your asses beaten by Maddy, get ready, for she is leading the cast along with Johnson.

Over the past couple of months, we have been constantly hearing about the news of who has been joining the star-studded cast of Madame Web. On June 27, it was revealed that Scream Queens’ Emma Roberts will be playing a pregnant Mary Parker along with Adam Scott, with a brand new Emmy nomination in tow, have signed onto the film to play the character of Uncle Ben. But Sony has not yet commented on his potential casting as well.

We have a list of other actors like the Tony-nominated actress Isabela Merced, Ghostbusters: Afterlife star Celeste O’Connor and last but not least AMC’s Mad Men and HBO’s hit Lena Dunham series Girls star Zosia, but Sony and the actors themselves have chosen to stay tight-lipped about what roles they have been cast in.

Sony released the announcement trailer for Madame Web a few months ago and it literally made all the Spider-Man fans jump from their seats out of excitement. Do you want to know why? The spontaneous reaction was the result of seeing Andrew Garfield in Madame Web. Wait a bit more to watch your favorite’s return as Spider-Man.

What Could Madame Web Be About?

The forthcoming Marvel flick is about to have a different plot as shared by Emma Roberts. It will dig deeper into the origin of Cassandra Web and we were almost wondering how the story would connect to the Spider-Man plot and to which one after all.

It seems that the story of Madame Web was set years before Spider-Man was even born. However, with Dakota Johnson in the lead role, it is clear the creators are depicting Madame Web as a younger character when compared to the one who worked with Spider-Man in the comic books. A fan theory suggested that the flick would be related to The Amazing Spider-Man as the theory tries to connect the dots by pointing at the presence of Mary Parker in The Amazing Spider-Man movie. The theory surfaced on YouTube and it also shows that it could be a creative way to bring back Andrew Garfield as Spider-Man.

However, the movie could be about a potential future villain who will try to block the birth of Peter Parker, the Spider-Man, by killing the pregnant Mary Parker. So, Madame Web could be about gathering a team to protect Mary Parker. This way, Spider-Man will be anyone behind the mask, unlike the entire idea of the original Spider-Man. But this plot has already appeared once in The Amazing Spider-Man 2, where Spider-Man was chosen and not born. Back then, the storyline was not appreciated by many, but it is feasible to happen once again as the two worlds get connected easily with something like a masked superhero. Moreover, Andrew Garfield’s Spider-Man has so far been the masked one, which increases the possibility of the hunch and Madame Web trying to save Mary so that Peter is born would complete the plot.