Toho’s New Godzilla Film is Coming, When Will it Released? 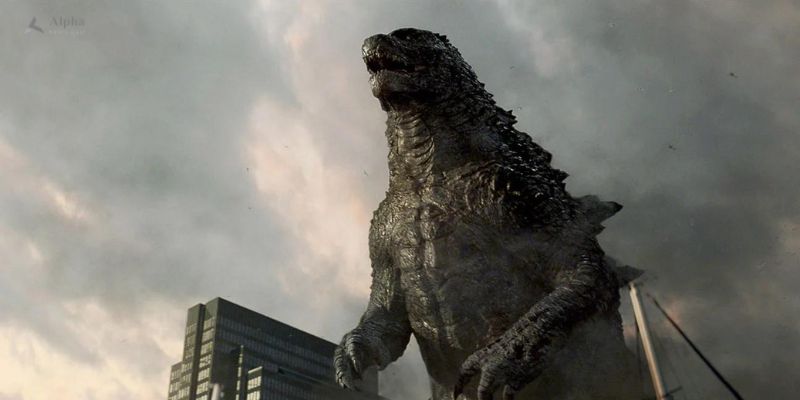 It is a piece of great news for everyone who is an amazing fan of Godzilla movies and now another movie is coming its way to enthrall the viewers. Takashi Yamazaki would be directing this movie and it would be a great scrumptious visual feast for the people who stan Godzilla movies. The official news about the upcoming film was announced on the Twitter account at the time of the 2022 Godzilla day celebrations.

The riveting and highly acknowledged Japanese film company Toho recently announced that a new film from the Godzilla Franchise would be released next year. So this was indeed a piece of happy news for all the Godzilla movie lovers and they are in zestful anticipation for the impending visual treat.

Godzilla is a gigantic, destructive, fictional sea monster, otherwise known as the Kaiju which is empowered by powerful nuclear radiation. The first appearance of this huge apocalyptic monster was in the early 1954 film named Godzilla. After the first movie hit worldwide it really had a great impact on the entire film industry and it eventually became a global pop culture icon. After the great welcoming of this beast, it appeared in another thirty-two Toho films. Moreover, the film was been into four American remakes.

The official announcement of this new franchise was through the Twitter account where there are 113.7k fans who follows the account and this great news has absolutely made them thrilled to bit. So as per the tweet, the movie will be released on November 3, 2023. The waiting for this astounding movie is something excruciating but as we all know the rules related to the production of a movie we have to wait a little longer. Shin Godzilla is one of the highly acclaimed movies which was acknowledged and made a massive hit by the audience. The last Toho Godzilla movie was named Godzilla: Final Wars which was released in 2004.

So with great happiness, this upcoming movie would be the thirtieth live-action Godzilla movie in the history of the Toho Franchise and as we all know three of the thirty-two films were massively animated. It is often attributed to the tag that Godzilla is the king of Monsters. As per reports, this phrase was first used in the adapted version of the original film, in the American version and the film was titled back in 1956 as Godzilla, King of the Monsters. So this King of Monsters phrase was attributed to the American version and it became highly popular. The last film in Toho was Shin Godzilla and which was released back in 2016. This film really gave a way to mark their re-entry of the Toho film series after a long twelve years of absence from the industry.

As per the reports, the new Godzilla movie would be coming to our lives on November 3, 2023. The tweet posted on the official Twitter account @Godzilla-Toho confirmed the release date and the fans who still follow this account were ecstatic to hear this riveting news. So Godzilla fans across the globe are on cloud nine to have such a piece of great news. They are avidly waiting for next year and indeed the waiting would really sense the finitude of their patience.

Where Can We Watch Godzilla?

As per the release date, Godzilla would hit the theatres worldwide and Takashi Yamazaki would be a promising director to bring this huge visual treat. Since the pandemic is now controlled the theatres have been opened worldwide and so it would be impossible not to release these sorts of great films in the theatres. So this would be a great feast for the people who stan Godzilla the ruthless sea monster who has garnered hordes of fans across the globe because of his diabolical character.

The Director of this massive film Takeshi Yamazaki is one of the most astounding and deadly talented Japanese film directors and screenwriters. He was the executive creative director for the Tokyo Olympics Game that happened in 2020. This deadly talented Takashi Yamazakib who is fifty-eight years old is greatly known and regarded for his film Always: Sunset on Third Street. This film gave him several accolades and he was the recipient of the Japanese Academy award for the category of Best director and best screenplays.

So now with this great thrilling news people across the globe are waiting for a great scrumptious feast and with the response from fans, it is evident how the King of Monsters reigns the land of Japan and most other places. This radioactive mega lizard has been starting to influence generations of people for long sixty years and it continues to do so even today. The box office success is what fuels directors and others to make more movies with this globally successful creature. Even though it is intimidating to watch these sorts of gigantic creatures on a big screen its box office success really accentuates the fact that these sorts of films would always have a special heart in the entire world of people.

November 3 is indeed a special day for the Godzilla teams as it was their anniversary date and they have purposefully chosen November 3, 2023, to be the release date of the next Godzilla movie in the Toho company’s franchise. Many details about the movie have not been announced by the authorities of the movie since it is next year that it would be coming into our lives and an early promotion or spilling the beans would not be an appreciable thing to do for the film. So details about the plot, cast, etc are unknown and we can expect all the details soon as time flies.

Since the movie is untitled people have come up with several new titles which are really hilarious and these all endeavors show how much people enjoy and fancy about these movies. So as per the reports, this new Godzilla movie comes to the audience globally and people would get more access to Godzilla content than ever before. This is because of the numerous streaming services that are now available at the fingertip.

The Godzilla vs Kong movie was a massive success in the US Studio of Legendary’s Monsterverse and also gave great exposure to the Godzilla franchise it really helped Toho since they were absent for a long twelve years from the industry. The movie Godzilla vs Kong in 2021 was the first film to hit an inexplicable massive success when the covid waves created cataclysmic destruction. This movie collected more than $468 million worldwide and its sequel is on its way and in the works for 2024.

Must Read Netflix Sitcom ‘Blockbuster’ Review: All You Need To Know

Aubrey Plaza to Join the Cast of ‘Wandavision’ Spin-Off ‘Agatha: Coven of Chaos’

Because of this technology which is now prominent after the covid pandemic there would be more access to Godzilla than ever before. This would really have a great impact on the film and it could be able to collect a hefty amount as it would be clear that it would create a hurricane in the history of Toho company.

For a long period, the Japanese people were not ready to accept these sorts of movies which created a gigantic monster. They were not really proud of such movies and they were not really bothered about other countries embracing such movies. But when the Japanese, including the Toho studio, realized the worth of having such films and with their scintillating wit they made great leverage in the worldwide entertainment industry. So the face of the entire Japanese film industry changed inexplicably and now they have carved out a great space of their own with these sorts of films and November 2, 2023, would witness another irrefutable massive success.