Joey Defrancesco, the munificent Jazz Organist, saxophonist, and trumpeter of America died on...
HomeNewsMariana Varela and... 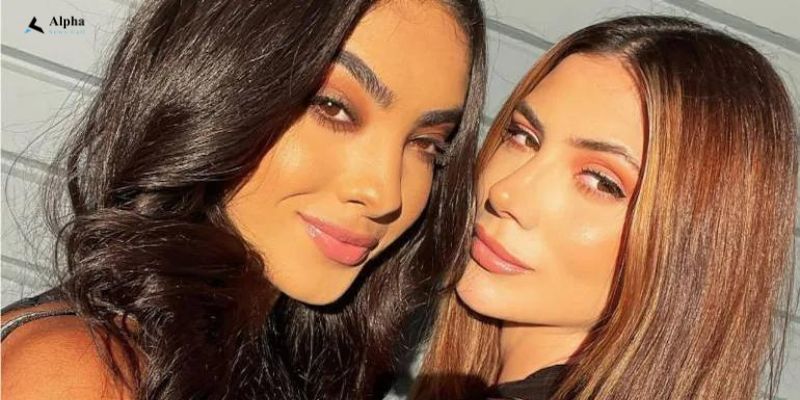 It is with great felicity that the news about the marriage of two lovely exquisite women who was Miss Argentina of 2020 and Miss Puerto Rico of 2020 Mariana Varela and Fabiola Valentin. With the help of their social media accounts, both of them announced their marriage news on Monday, 31 October. After trying really hard to conceal their relationship for a long time finally they ended up marrying each other and with a zestful heart, they made this riveting news official.  Let us see more about their marriage and life.

The newlywed happy couple Miss Argentina Mariana Varela and Fabiola Valentin who was also crowned as Miss Puerto Rica with a tremendous amount of happiness announced their marriage. The couple was really trying hard to make their relationship out of the public’s eye and finally, after they tied the knot they announced it publicly. Recently, we all saw a video that was posted by the two lovebirds on their Instagram which involves enrapturing glimpses of their cute relationship, and engagement and making it more delicious with their mushy moments.

In the video which is on their Instagram profile, they share their sneaky peaky pictures where both of them are holidaying together euphorically. Sharing the video of their beautiful moments they captioned it “After choosing to keep our relationship private, we open our doors to a special day,28/10/2022”. So after their long journey of being together unofficially and being very keen to not be publicly seen as a couple finally they decided to make it official as they are entering into a new chapter in their life.

In the video that they posted together, both Mariana Varela and Fabiola Valentin were dressed in pure white dresses outside the marriage bureau in San Juan, Puerto Rico. After they posted their cute happy video several people across the globe commented and shared the post within the blink of an eye. Many of their friends and relatives were awestruck by this new decision and they all conveyed their heartfelt regards and congratulations to both of this newlywed couple.

Must Read Who Is J Prince Jr? Is He Related to Take’s Off Murder?

Homosexuality is not something to be considered absurd or weird, it is truly normal and natural. They just broke the stereotypical convention of falling into heteronormativity and decide to live their life according to what their heart desires.

How Did Mariana Varela and Fabiola Valentin Met?

There was a beauty pageant that happened in 2020 and Mariana Varela and Fabiola Valentin met at that event and they became so well acquainted with each other. The couple after that worked together for numerous modeling agencies and eventually their relationship was taking both of them into a different realm beyond their comprehension. Marianna Varela represented Argentina in the 2019 Miss Universe competition and she also ended up in one of the top ten positions at the 2020 event named Miss Grand International.

So after being a friendship for years, they both have decided to take a huge step forward and now they are officially married. This news is circulating all over the internet and many are showering their heartfelt congratulations on both of them.

Who is Mariana Varela?

After completing her Bachelor’s degree she took her modeling career strongly and eventually she became one of the top models in Argentina. Mariana Varela is not at all new to pageantry and with her invigorating beauty, she had previously represented her country at the great event of Miss Universe 2019. Mariana Varela being a pretty precocious woman said that “ I learned from every moment of joy, sadness, insecurity, euphoria, etc”.  So Marina Valera was highly confident about her individuality and she was sure that she will have the crown on her head this time.

Mariana Valera after winning the title crown stated her heartfelt regards for the organization. Mariana Varela was truly indebted and grateful to the national organization for having implicit faith in her and in her talents. So she was truly happy about her success and she made her entire country proud by carving out her own space in the world.

Who is Fabiola Valentin?

Fabiola Valentin is the exquisite woman who won the Puerto Rico crown in 2020. Born on September 9, 2000, Fabiola Valentin is now in her golden twenty-two years. After overcoming several impediments Fabiola Valentine became the highly acknowledged and sophisticated Puerto Rico model. She met her partner Mariana Varela in a pageant event and their friendship flourished beyond their anticipation and now they are officially married.