His Dark Material Season 3 Release Date, Trailer, And Everything You Need To Know 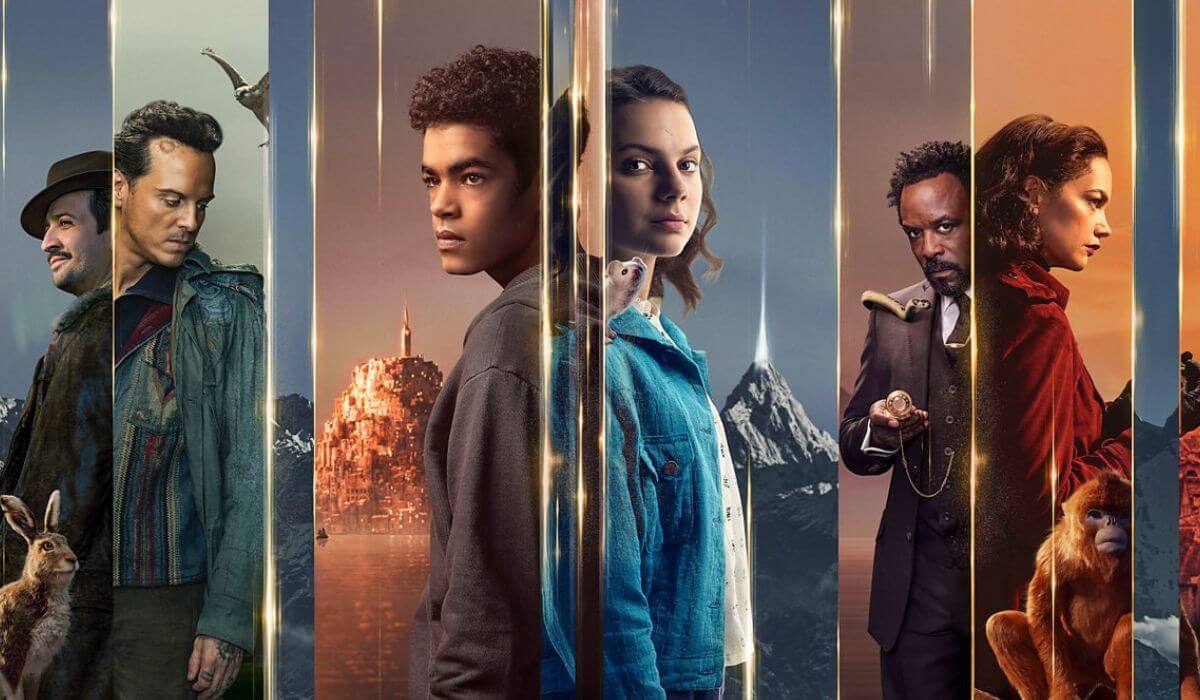 Here it is to know about the upcoming Amber-spyglass adaptation of His Dark Materials as it is likely to release season three. Since it was one of the highly commendable and acknowledged series, its next season is almost upon us with a great visual treat. So let’s check what is awaiting us.

As per the information a full schedule of the release of the series His Dark Material is announced in the US. So the third season will air two episodes in a week. It would be released on December 5th on Monday and it will be premiered on HBO and HBO Max on December 26. The UK release date hasn’t been confirmed yet.

The production of this new season actually began in late 2021, but when the pandemic hit the series had a delay in its complete area and finally they wrapped filming it in November.

Furthermore,  the team left a note on Twitter on the show’s official page which was tweeted on November 26, 2021 “It has been an incredible six-year journey through the world of #HisDarkMaterials, but it’s time to close the doors on the final chapter. That’s a wrap on Season 3”.

So this official announcement was indeed shocking that within season three the show will be wrapped forever and fans would be in despair. As per sources, His Dark Material Season 3 would consist of eight episodes. Since the series is an adaptation they have done justice to the novel.

Executive producer Jane Tranter said that she had the plan to make it into season four but we can’t always have what we want. So the novel Amber Spyglass is well adapted to these eight episodes which would be really a delicious visual feast.

What Is In The Trailer of His Dark Material Season 3

The astounding new footage was unveiled at New York Comic Con 2022. The trailer gives a brief explanation of where James McAvoy’s Lord Asriel is trying to build an army in order to have combat with the authority. In the trailer, Lord Asriel is screaming and telling, “ I am gathering the greatest from every world to help me wage war. They are but one arm of the beast. We cut off the head and the rest will crumble.

Moreover, the official trailer of His Dark Material Season 3 gives a sudden glimpse of the witch Serafina Pekkala and further, it lightly depicts a new character who will be the leader of Asriel’s military forces. As we all know this series is the adaptation of Philip Pullman’s novel named The Amber Spyglass, and this season is arriving after long two years of gap after the last batch of its episodes.

Also, we should have to bear in our mind what McAvoy said previously. He has said that in season three there would be a lot of fisticuffs and umpteen explosions. This article would give a description of all the details associated with the series.

The Cast Of His Dark Material Season 3

These are the confirmed list of the cast in His Dark Material Season 3. The lead role will be continued by Dafne Keen and Amir Wilson as Lyra and Will. moreover, we learned that James McAvoy would also be returning to the show after his long absence in season two. So season three would be a great feast for everyone who is so avidly waiting for it.

The Plot Of His Dark Materials Season 3

Since we all know the story of the series because it is the adaptation of a book that has been out decades ago. So we all have an idea about the plot. So when we take the events in The Amber Spyglass we could see Lord Asriel’s war. He has been waging war against religious tyranny as it escalates the situation where the Lord is desperately calling some of the angels to his side.

So as the plot opens in a war scenario in the meantime, Lyra has been captured and made hostage by Mrs. Coulter and her companion Will searches for her. In another scene, Mary Malone decides to step into a new world in order to learn more about something which she was longing for, about Dust from creatures called the Mulefa.

Eventually, after some twists and turns, Will and Lyra would eventually reunite but in the meanwhile, the vile Mrs. Colter joins the team of Lord Asriel in order to have a combat with the angels. So there are so many things happening and these situations culminate into a huge spectacle of events and it would be really enrapturing as the forces of heaven and earth clash between them.

It was so predictable that the first episodes of His Dark Material Season 3 would entail war as it was crystal clear at the end of the second season they sort of declared war on the kingdom of heaven. So, yes it is evident that season three would be pretty diabolical and dirty and it will follow a lot of explosions and fisticuffs awaiting all of us in season three.