Michael Myers’s Origins Explained: Who is The Halloween Movies Killer? 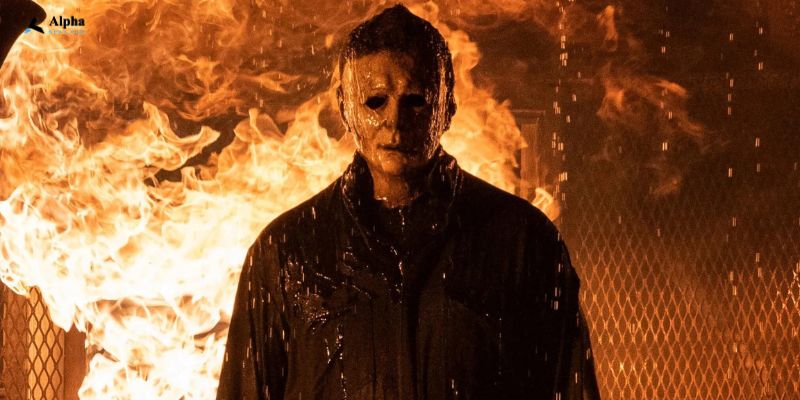 The Halloween movie franchise is an American film franchise with movies that fall under the category of the slasher genre. Typically, the movies falling under this category include a story that involves a person who stalks and kills a group of people. The weapon used by the killer in such movies will be mainly a blade or a knife. Halloween is one such movie franchise that has a total of 13 films. The original installment of the movies in this franchise took place in 1978. The movie was directed by John Carpenter and produced by Debra Hill, who was also his co-writer for the movie. The film was deeply influenced by Alfred Hitchcock’s Psycho.

There had been twelve other movies in the franchise after its first movie in 1978. In almost all the Halloween movies from then on, the character Michael Myer played the central character with a single exception. The third film in the series which was titled ‘Halloween III: Season of the Witch’ did not feature the character Michael Myers and it does not have any connection to any other films in the whole series. The latest movie in the franchise was released on October 14, 2022, and was titled ‘Halloween Ends.’ The Halloween franchise also consists of novels, comic books, and also a videogame.

One of the most iconic and scary faces from the horror/crime-themed movie, Michael Myres made his first appearance on screen in 1978. Michael Myers and his family lived in the imaginary town of Haddonfield, Illinois.  According to the story, Michael started his killing at the age of six. Michael Audrey Mayers was born on October 19, 1957, into a family with two sisters, one younger and one elder. The name of his elder sister was Judith. It was the Halloween of 1963 that changed the fate of Michael Myers forever. On the night of Halloween, the 6-year-old Micheal Myers stabbed his sister Judith to death. Micheal left the home after stabbing his sister to death. His parents returned home to the tragic site of their daughter being killed by their son.

After the tragic incident, Micheal Mayers was sent to Smith’s Grove Warren County Sanitarium. From the age of six until he was 21 years old, Michael Myers was forced to live at the sanitarium. He received his needed treatments in psychiatry from doctor Sam Loomis at the sanitarium. Upon his encounter with the boy, doctor Sam Loomis understood that the boy was beyond treatment and that there was no humanity left in the boy. The doctor was also concerned about keeping such a dangerous boy at the facility and he pleaded to change him to a better facility. Unfortunately, his superiors did not accept his pleas and did not allow Michael to be transferred to another facility.

Must Read When Is Pokémon Scarlet And Violet Coming Out?

In 1965, Michael’s parents met with a tragic accident and both of his parents passed away in the accident. The only survivor from the tragic family was the youngest daughter of the couple. She was adopted by the Strode family upon the death of her parents. After being adopted into the Strode family, Michael’s youngest sister was renamed Laurie by her new family. One day the Strodes took Laurie to the Smith’s Grove County Sanitarium to visit her elder brother- the only family she had left. She was still a little girl when she visited her brother at the Sanitarium.

It was on October 30, 1978, that Michael escaped from the facility that held him for all these years. Before leaving the facility, Michael carved the words ‘sister’ on his doors. Michael released other patients at the facility before escaping The chaos at the hospital made it clear to the doctor that something bad has happened there. Michael escaped the hospital and tried to make it back to his hometown in Illinois. It was his little sister that Michael was after. Doctor Loomis understood that Michael’s next aim was his sister and the doctor does his best to save the girl from her cruel and insane brother.

The following installments in the series follows the journey of Michael Meyers and his never-ending killing spree. The character Michael Myers is one of the cruelest and most emotionless characters that we will come across ever. He does not care for human emotions and is a total psychopath. The fact that his killings do not have a reason makes him even scary and cruel. Another interesting fact about the character Michael Mayers is that it was actually inspired by some of the real-life incidents of Carpenter, the director of the original movie Halloween.

In an interview, Carpenter mentioned him meeting a young boy while he visited a mental asylum. In the mental asylum, Carpenter came across a little boy. According to his memory, the boy was about 12 or 13 years old only. The boy did not talk to Carpenter but what shocked and caught his attention of Carpenter was the stare the little boy gave him.

Carpenter said that the stare was unsettling and was the creepiest thing that he has seen in a stranger. The stare that Carpenter encountered many years back is described through doctoR Loomis’s dialogue which says “This blank, pale emotionless face. Blackest eyes. The devil’s eye. I spent eight years trying to reach him and another seven trying to keep him locked up because I realized what was living behind that boy’s eyes was purely and simply evil.”