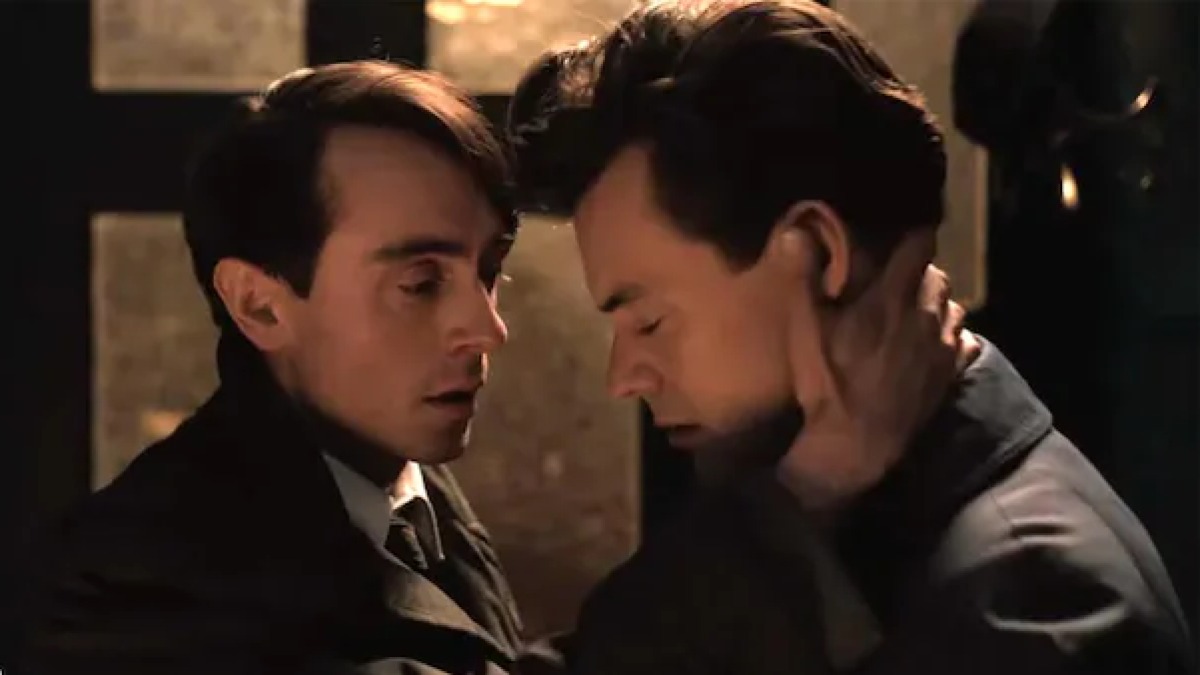 My Policeman is a film exploring the genres of romance and drama. The movie is directed by Michael Grandage. Greg Berlanti, Philip Herd, Cora Palfrey, Robbie Rogers, and Sarah Schechter are the producers of the film along with Berlanti-Schechter Films, Independent Film Company, and MGC being the involved production companies. Amazon Studios is the original distributor of the film. My Policeman release date is officialy confirmed.

The United States and the United Kingdom are the original countries of origin of the film with English as its original language.

The movie is based on a novel of the same name My policeman by Bethan Roberts. Harry Styles, Emma Corrin, Gina McKee, Linus Roache, David Dawson, and Rupert Everett are the main lead cast actors in the film.

What’s My Policeman Movie About?

My Policeman filming took place in London, Brighton, and Hove. Principal photography started in April 2021. At the location Hove, the primary filming was done at The Regency Town House in Brunswick Square for a wedding scene.

In September 2020 Amazon Studios made an announcement that they would be producing the film “The policeman”.

Michael Grandage was set on board to be the director of the screenplay written by Ron Nyswaner, with Harry Styles and Lily James being considered to be the lead actors in the movie. In February 2021, Emma Corrin replaced Lily James for the female lead role. Then in march of 2021, some other cast members were confirmed who joined the cast including David Dawson, Linus Roache, and Rupert Everett. Later Kadiff Kirwan joined the cast in June 2021.

My Policeman streaming will be done on the online streaming platform Amazon prime videos.

My Policeman movie will be available on the online streaming platform Amazon prime video. The movie is set to be released on Amazon on the 4th of November 2022. Also, the movie had its premiere at the 2022 Toronto International Film Festival on 11 September 2022.

The plot of the movie My Policeman revolves around a queer based 50’s love story. Homophobia was flourishing during that time, it was safer for Tom Burgess (played by Harry Styles), who happened to be a police officer to marry Marion (played by Emma Corrin). Marion and Patrick (played by David Dawson) had to secretly share Tom until one of them breaks resulting in three lives getting destroyed.

Social Media Talk About My Policeman

‘My Policeman’ begins in the 1990s and will pay its focuses on a love triangle happening between Tom and his two lovers named Marion who also happens to be his wife and Patrick his other love interest.

It has also been revealed by the makers of the show that six actors will be seen playing the main three roles as their younger and older counterparts, respectively.

Fans all over the internet are extremely excited to see Harry Styles playing such a role in the queer 1950s love story.

The book’s writer Bethan Robert revealed in a piece that she wrote for the Guardian that her book “The policeman” was inspired by some true events, to be precise the inspiration came in from the life of the novelist E.M Forster. Forster was dating a police officer named Bob Buckingham and was also friends with Bob’s wife, May.

What To Expect From My Policeman?

The movie My Policeman will be following the storyline of the book of the same name by Bethan Roberts, the movie will center around the three main characters Marion, Tom, and Patrick. Marion will be portrayed as a schoolteacher and Tom as a Policeman, the two will meet in Brighton and fall in love but then moves in a man named Patrick to the town. Patrick happens to be a curator also grieving the death of his former lover. Amazon Prime Video confirms My Policeman release date on 4 November 2022.

Later in the movie, Patrick and Tom will be seen falling in love with one another but what will stand against their love will be the concept of homosexuality being illegal in Brighton at that time.

Things will work out between the three lovers stuck in a love triangle. However, fans will witness a concept of jealousy and drama creeping in a lot. Eventually, jealousy will take its ugly and inevitable head. Thus, the next part of their stories will take place 40 years later after Tom and Marion get married and Patrick returns to see them. Along with Patrick’s return comes some profound consequences for the married couple.

My Policeman trailer was released on 15th June 2022. The one-minute and six seconds long trailer opens with Tom and Patrick having a conversation, with Patrick asking tom “How does it make you feel”. Then the trailer displays the cast’s other lead character Marion along with tom at a beach. There was another clip of the three lovers driving in a car through the woods.

A short clip of Tom and Patrick sharing an intimate moment suggested the ongoing love story between the two. However, the focus immediately shifted to the wedding scene of Tom and Marion. The trailer ended with some tension-filled scenes of the three and with a voice saying that “you just have to let it take hold of you”.

The ending also revealed the cast’s main lead actors’ names and My Policeman release date which is November 4th, when the movie will be made available on the online streaming platform Amazon Prime Video.

Lookism Release Date Confirmed By Netflix For Next Month!