Joey Defrancesco, the munificent Jazz Organist, saxophonist, and trumpeter of America died on...
HomeActressWho is Kelly...

Who is Kelly Osbourne? All About English Actress 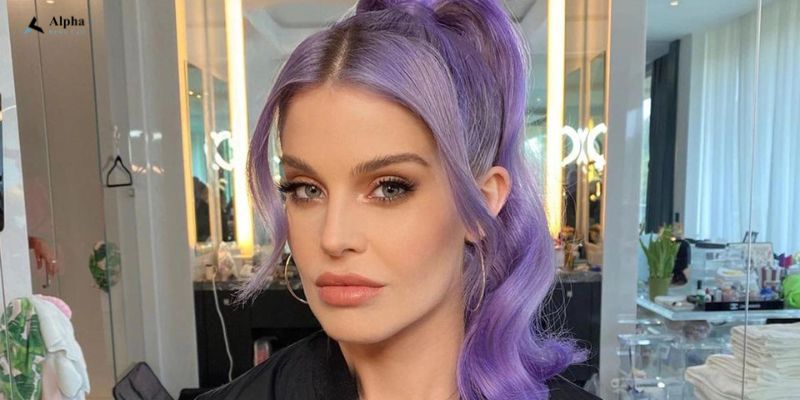 Our title might have drawn you to read the article which is all about Kelly Osbourne. Well, that is a natural instinct to know more about our personal favorite celebrities and what’s more interesting is that, whenever you search for a person, who is a celebrity, be it an actor, musician, entrepreneur, politicians athletes or whatsoever, there will always be something new to learn about them. And today, we are going to know more about Kelly Osbourne- the famed actress.

All About Her Kelly Osbourne

But, Is she an actress alone? Well, Kelly is an English actress, plus, she is a model, singer-songwriter, fashion designer, and television personality. She is well known for her appearance on the reality family TV show “The Osbournes”. Together they won an Emmy Award in 2002 for Outstanding Reality Program. Apart from that, Kelly was a presenter at E!’s Fashion Police from 2010 to 2015

In 2009, Kelly along with her professional dance partner Louis Van Amstel took third prize home on the show Dancing With the Stars. Kelly on her part has appeared in several pursuits like she went on to play a voice role on Australia’s Got Talent and Project Runway Junior. Besides everything, she also appeared in the Masked Singer season 2 as ‘Ladybug.”

Whatever we just discussed wouldn’t be new to your ears, but what we are about to do might astonish you. We wonder how her career journey would have been for all these years as she doesn’t look like a person who is confined to a single career path. In fact, Kelly Osbourne is multifaceted. Scroll to learn more about your favorite.

Kelly Osbourne was born on Oct. 27, 1984, in Westminster to Ozzy and Sharon Ozbourne. So when calculated, we get her age as 38. She had two siblings, Aimee, the elder, and Jack, the younger. Apart from them, Kelly has two half-siblings Louis John Osbourne and Jessica Hobs. Additionally, she has one more adopted brother, Robert Marcato, whom Kelly’s parents took in after his mother passed away.

Kelly grew up touring with her dad and has lived in more than 20 homes which are mostly in the UK as well the US. Don Arden, her maternal grandfather, was an English music manager.

Although 38, she does look like a teen only. We have no idea about Kelly’s skincare routine or gym regulars. But we do know that she is born with magic skin.

Kelly is a great example of not believing in academic education for success. We often come across words that claim you can reach nowhere when your educational qualification doesn’t impress others. But is that the reality or is it only a burden?
Often what happens is, the kids, who had no means to acquire higher education will get marginalized by this kind of manipulative thoughts and they tend to lose control in life.

Must Read Lookism Release Date Confirmed By Netflix On Next Month!

Rihanna’s New Song Lift Me Up Makes Its Debut

When we said Kelly is an appropriate example of success without multiple degrees, we meant that she is a tenth-grade drop. She attended private schools in England including Pipers Corner School.

We understand your curiosity about learning the height and weight of celebrities, and searches for such information have been increasing day by day. By the disclosure, we doest want to hurt your self-esteem. It is true that a person’s self-esteem might add to their attractiveness, but there are still more factors like one’s personality, sense of humor, etc to measure the so-called beauty of a person.

While coming back to our point, Kelly Osbourne’s height is approximately measured to be 1. 70m that is, 5ft 7 in.

Kelly, who is earning from multiple career takeovers has amassed a fortune over the past few years. Her net worth has been growing significantly in 2020-2021. But now, everyone wants to know exactly how much Kelly Osbourne is worth at the age of 38.

Unlike other celebrities, who lie about having any surgeries done, Kelly revealed that she had a gastric sleeve surgery to help her lose weight. This made people wonder and some even begin to look at her with respect as she didn’t choose to hide the visible truth. Often, we have seen many big names in Hollywood getting mute whenever they are asked about surgery. That is mainly because of the fear of getting judged. So basically, it’s society that is responsible for the lies.

However, Kelly Osbourne’s weight loss was pretty noticeable as she lost a whopping 80 pounds and her dramatic weight loss has influenced thousands as well.

You must have seen the MTV reality show The Osbourne which aired back in 2010 for the next 5 years. The series chronicled their day-to-day life, focusing on their dysfunctional family in which Kelly emerged as “a wickedly funny, potty-mouthed spitfire, pint-size and brutally honest.”

The television series was filmed in California, where the family lived for several years.

Apart from being a judge on Australia’s Got Talent in 2016, Kelly Osbourne also served as a judge on the American reality television series Project Runway Junior since 2015. It was the eighth direct spin-off series of Project Runway. Tim Gunn and Hannah Jeter co-hosted the show. The show featured multiple designers and Gunn had the power to bring back one designer after being eliminated, whereas Jeter served as the designers’ workroom mentor.

Along with Kelly Osbourne, the show had other judges including Aya Kanai, an executive fashion designer at Seventeen magazine and Cosmopolitan.

In 2019, Kelly also appeared in the second season of the Masked Singer.

Kelly Osbourne’s Dancing with the Stars